In spite of forcing three turnovers, Panthers unable to stop Upson-Lee and fall to Knights 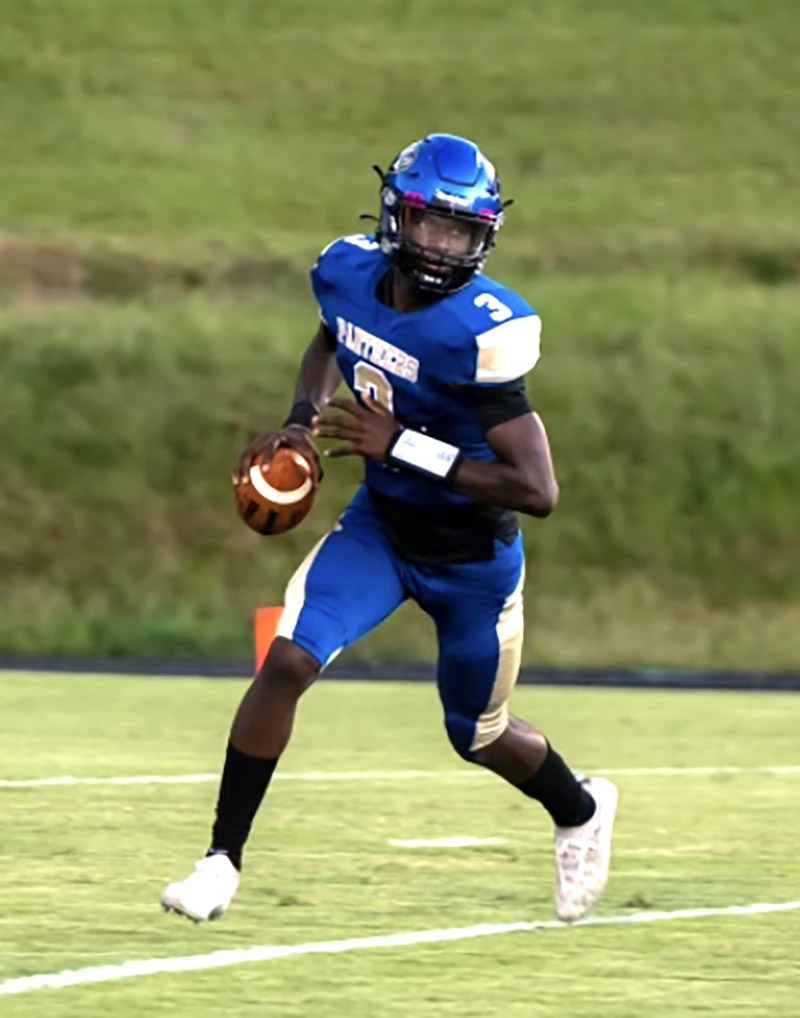 Sumter County Quarterback Cameron Evans completed 17 of 28 passes for 206 yards and threw one touchdown pass to Kadarrius King in the Panthers’ 35-14 loss at Upson-Lee. Photo by James Cochran II

THOMASTON – The Sumter County Panthers (0-4, 0-3 in Region 2-AAA) were able to force Upson-Lee (ULHS) into committing three turnovers on fumbles. However, with the exception of forcing those turnovers, the SCHS defense struggled all night in trying to stop the ULHS offense. As a result, the Panthers fell 35-14 to the Knights on Friday, October 1 at Upson-Lee High School in Thomaston, GA.

The Knights (3-3, 1-2 in Region 2-AAA) took the lead in the first quarter when quarterback Tre Bloodser found Keyston Smith for a 60-yard touchdown pass. Then ULHS running back De’Travious Mathis added to the Knights’ lead by scoring a rushing touchdown from one yard out to give ULHS a 14-0 lead.

SCHS was able to respond by mounting a drive that culminated in a rushing touchdown by running back Tra’veon Lamar, cutting the ULHS lead to 14-6.

Then in the fourth quarter, ULHS added to its lead when Mathis scored his second rushing touchdown of the night on a 50-yard run from scrimmage.

The Panthers were able to show some life on offense when quarterback Cameron Evans connected with Kadarrius King for a 16-yard touchdown pass. Anthony Tyson was able to score the two-point conversion, but at that point, it was too little, too late.

Evans completed 17 of 28 passes for 206 yards and one touchdown and Kadarrius King caught three passes for 125 yards and a touchdown.

Some of the information in this story was gained from the Upson Beacon newspaper in Thomaston, GA.

The Panthers will try once again to earn their first win of the season when they travel up to Jackson, GA to take on the Red Devils of Jackson High School (3-3, 2-1 in Region 2-AAA) on Friday, October 8. Kickoff is scheduled for 7:30 p.m.