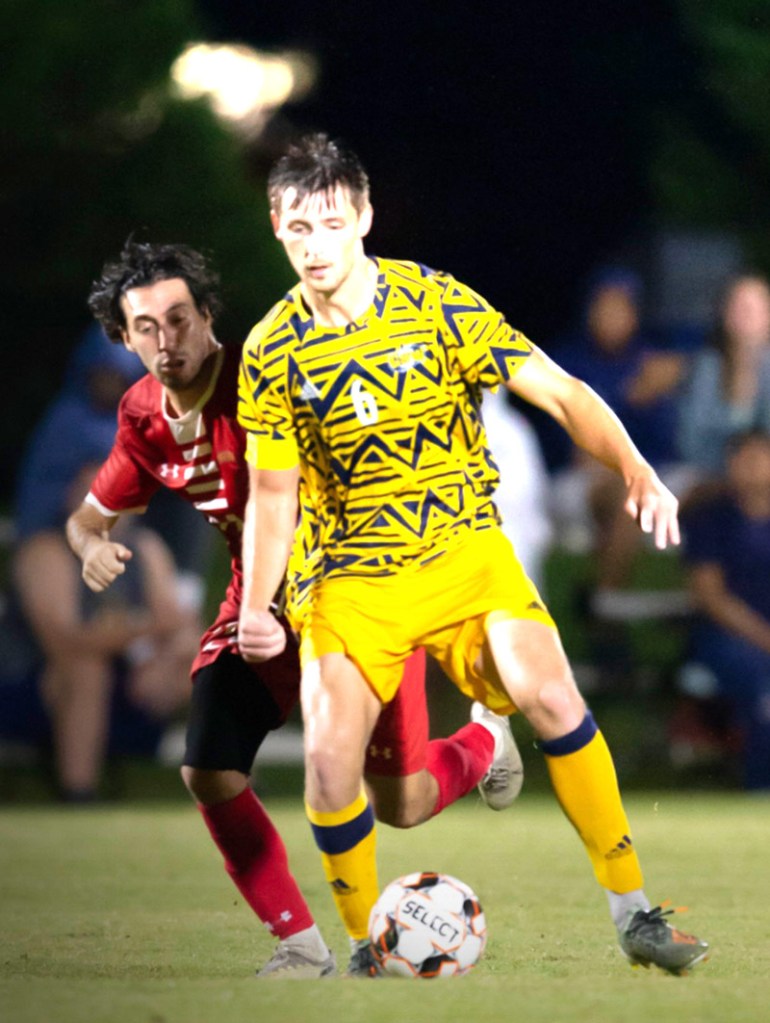 AMERICUS – The Georgia Southwestern State University Men’s Soccer Team (GSW) defeated the Bearcats of Lander University 2-1 in overtime on Saturday evening, October 2 at Hurricane Field. The victory improves the Hurricanes’ overall record to 4-4-1 and they are now 2-3-1 in the Peach Belt Conference.

GSW struck first in the match when freshman midfielder Nicolas Sciarra scored in the 48th minute of action to put the Hurricanes up 1-0.

Late in the second half, Lander drew even when Kevin Rubaszewski scored in the 75th minute, but both teams held strong and took the game to overtime.

In the fourth minute of overtime, the Bearcats had a defensive miscue inside their own box and freshman forward Jose Monteagudo took advantage by scoring the golden goal. The goal gave the Hurricanes their first ever win against Lander in program history.

The win puts the GSW Men’s Soccer Program on the edge of history, as the Hurricanes currently have the second most conference wins in a season and are tied for second for the most overall wins in a season.

The Hurricanes will continue their own chase for history as they host Shorter University at home on Thursday, Oct. 7th at 7 P.M.