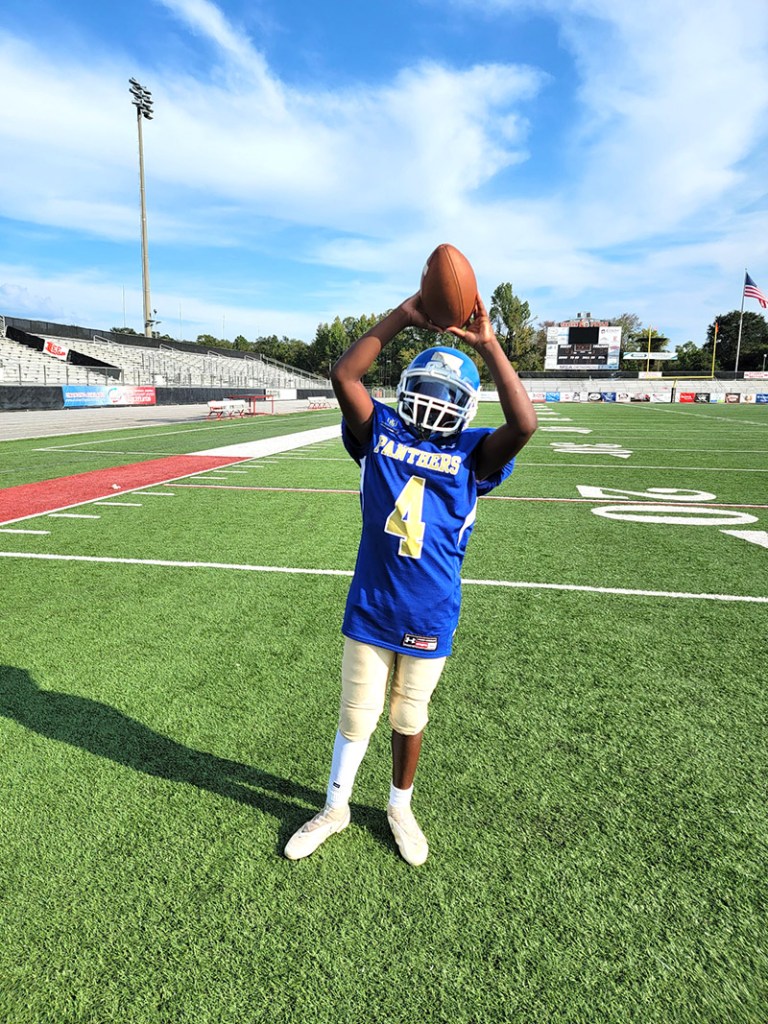 LEESBURG – After playing Lee County East Middle School to a 14-14 tie on Wednesday, September 29, the Sumter County Middle School Football Team made the 26-mile trip back to Leesburg on Saturday, October 2 to take on Lee County West Middle School. From kickoff to the final horn, there was no doubt who would emerge as the winner as the Panthers dominated from start to finish on their way to a 20-0 victory.

It was a scoreless stalemate in the first quarter between both teams, but SCMS running back Donavin Minter was able to rush the ball for 40 yards during the quarter. Then in the second quarter, the Panthers began their domination. With 5:35 to go before halftime, running back Quayshawn Tatum motored 55 yards for a SCMS touchdown. Amari Hubbard was able to convert the two-point try and the Panthers led 8-0. 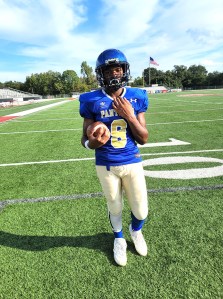 Then with 4:30 to go before halftime, Kingston Smith was able to recover a fumble for the Panthers and they wasted no time in capitalizing on the turnover. SCMS Quarterback Aaron Kearse then ran the ball 35 yards for a rushing touchdown. The two-point attempt failed, but SCMS had a 14-0 lead.

Then with 3:38 to go before halftime, Hubbard made a big defensive play by intercepting a pass and returning the ball 45 yards for a touchdown. The two-point conversion attempt was no good, but the Panthers had a commanding 20-0 lead.

Later on in the third quarter, SCMS would get another turnover when Ishmael Jones intercepted a pass. Neither team could score any points in the fourth quarter, but the Panthers would go on to win 20-0.