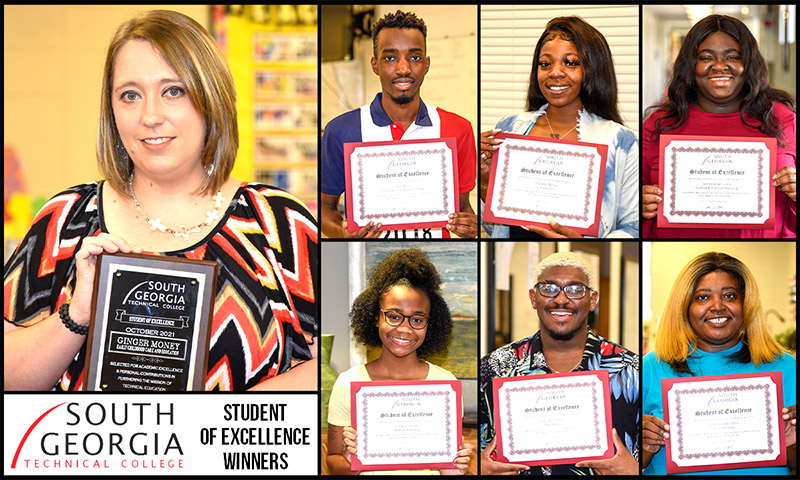 AMERICUS – Ginger Money of Preston was recently honored as the overall Student of Excellence on the South Georgia Technical College (SGTC) Americus campus. A student in the Early Childhood Care and Education program, Money was nominated by her instructor, Jaye Cripe.

As the winner, Money was awarded with a plaque of recognition, a personal letter of recommendation from SGTC President Dr. John Watford and a $50 check for her accomplishments. Additionally, her name will be displayed on SGTC’s digital marquee as well as inscribed on a plaque in Hicks Hall among previous Student of Excellence winners.

“Ginger was nominated because of her fantastic work ethic,” said Cripe, “and also her dedication to the profession of education. She’s dedicated to the cause, and she’s a top notch student.”

Upon receiving the award, Money remarked: “It was an honor being nominated. I’m glad to be able to represent the Early Childhood program.”

South Georgia Technical College students excel in over 200 programs leading to a degree, diploma, or technical certificate of credit. See descriptions of all SGTC programs and apply for enrollment at www.southgatech.edu.