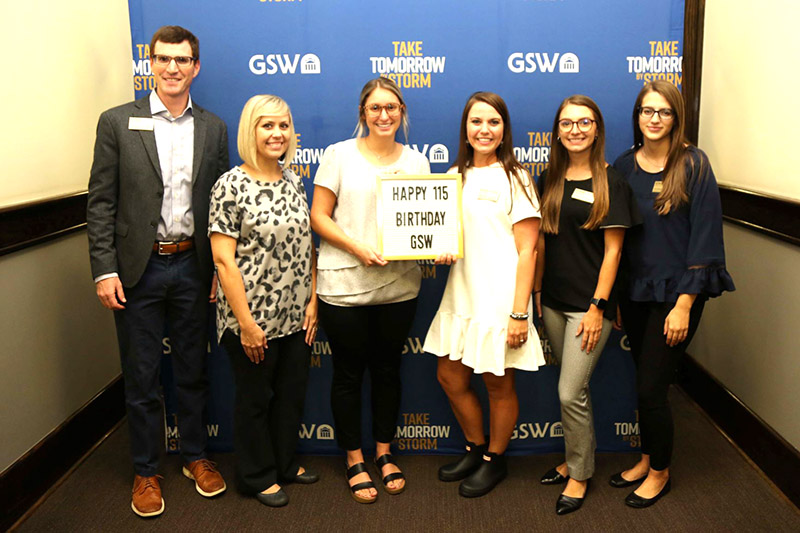 By Chelsea Collins, GSW’s Director of Marketing and Communications

AMERICUS – Georgia Southwestern State University is celebrating its 115 Anniversary this year. The University is holding multiple events throughout the year as they look back on 115 years of educational excellence, tradition, and transformation. They hosted a Birthday Bash, complete with a custom 115-logo birthday cake, on Tuesday, Oct. 5 as part of Blue and Gold Week – the school’s fall spirit week. Numerous GSW students and alumni shared their personal GSW experiences and brief tidbits of institution history on the school’s founding, historical buildings, traditions, prestigious alumni, and the evolving names.

Dr. Oneida Ingram (’72, ’77), President of Americus Alumnae Chapter for Delta Sigma Theta Inc., returned to campus to speak on her experience as a black student in the early 70s. She, along with a few others, started the first NPHC sorority on campus in 1971 which is still a strong Greek organization on campus to this day.

Brandon Blue, a GSW senior psychology major from Shiloh, Ga., shared GSW traditions that have lasted through the ages. One in particular is that of GSW’s colors – blue and gold – dating back to the early 1900s when the sports teams were actually called “The Blue and Gold”.

The event concluded with the traditional “Happy Birthday” song from GSW students, faculty and staff, and birthday cake.