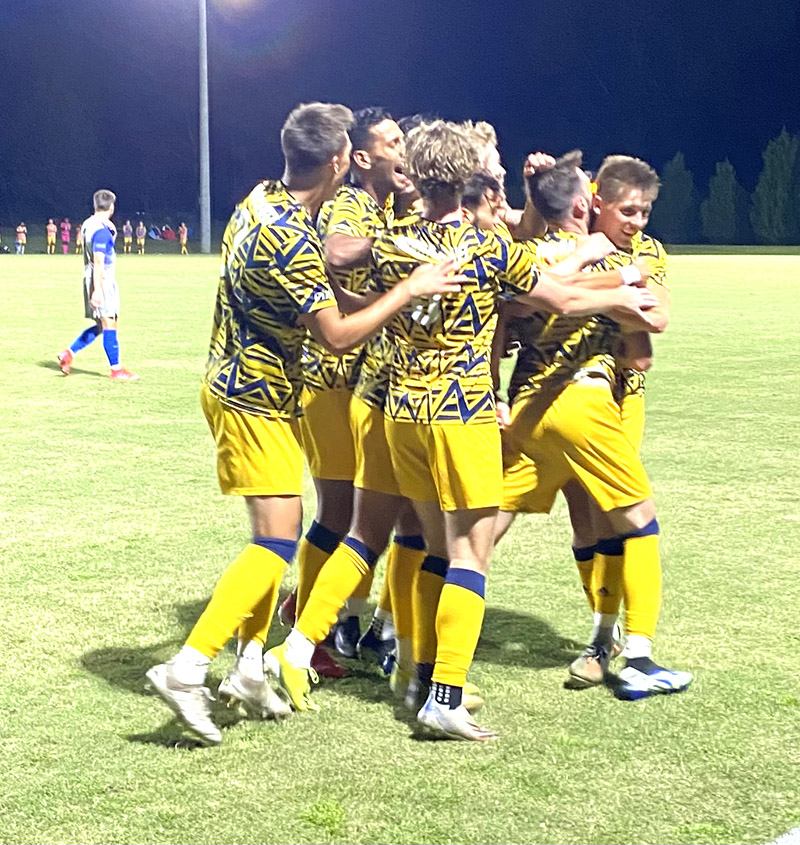 AMERICUS — The Georgia Southwestern State University Men’s Soccer Team (GSW) defeated the North Georgia Nighthawks 3-2 in double-overtime on Saturday evening, October 16, at Hurricane Field. With the win, the Hurricanes improve their overall record to 6-5-1 and they are now 4-4-1 in the Peach Belt Conference (PBC).

It was Senior Night at GSW and it was a fitting night to honor three GSW seniors: Oneil Lewis, Yaw Gyamera and Kristoff Young.

The Nighthawks struck first early in the game when Donovan Odier scored in the seventh minute. However, the Hurricanes answered back when Sophomore Forward Jack Malleret tied the game in the 35th minute and then scored his second goal of the match shortly thereafter in the 44th minute to give GSW a 2-1 lead at the half. 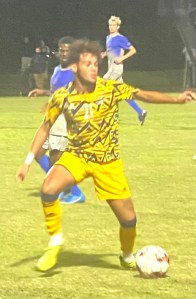 The Hurricanes controlled the run of play throughout the match. They had nine shots in regulation, compared to just four for UNG. However, in the final seconds of regulation, UNG’s Michael Walsh fired a shot from nearly 50 yards out with five seconds left in regulation that went into the net as time expired, sending the game into overtime.

After the shock and awe of the Nighthawks’ last-second equalizer, the Hurricanes regrouped, fought back and got the match winner when Junior Forward Chris Salamatou received a pass from Junior Centerback Grant Auer and scored the golden goal for GSW in the 105th minute.

As a result of Saturday’s victory over UNG, GSW has now set multiple program records, which include:

The Hurricanes have won three of their last four matches and will try to make it four of five when they travel up to the North Georgia Mountains on Wednesday, October 20, to take on Young Harris College in another PBC contest.  Kickoff is scheduled for 7:30 p.m.

Information in this article was obtained from both the GSW and UNG athletic websites: www.gswcanes.com and www.ungathletics.com.