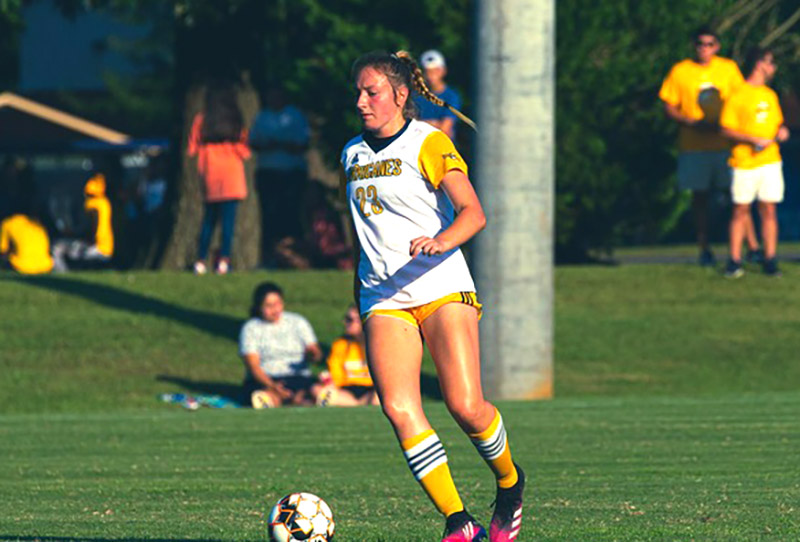 COLUMBUS – The Georgia Southwestern State University Women’s Soccer Team (GSW) made the 65-mile trek to Columbus hoping to pull off a monumental upset over one of the top teams in the nation in NCAA Division II: the Lady Cougars of Columbus State. However, reality quickly set in when the Lady Cougars scored two goals during the first six minutes of the match and scored five more goals thereafter, handing the Lady Hurricanes a 7-0 loss on Saturday, October 23, at the Walden Soccer Complex.

Then right before halftime, the Lady Cougars got their sixth goal of the match from Sage Smith and would later add their seventh and final goal in the second half from Lizz Forshaw.

The Lady Hurricanes were totally dominated on the pitch in this match, as Payton Johnson was the only GSW player to get a shot on goal. GSW Goalkeeper Grace O’Shaughnessy was able to tally two saves on the day for the Lady Hurricanes.

The Lady Hurricanes will hit the pitch at Hurricane Field for the last time this year when they host North Georgia on Saturday, October 30, at 7 p.m.

Information in this article was obtained from both the GSW and Columbus State athletic websites: www.gswcanes.com and www.csucougars.com.