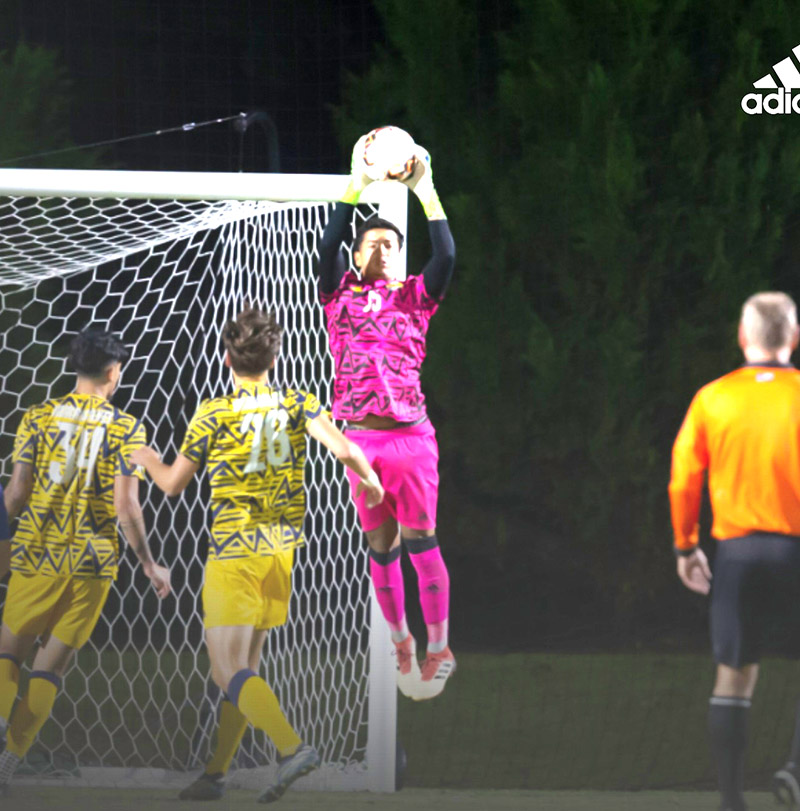 GSW Goalkeeper Mauricio Uribe lepas to make a save against the Ladner University Bearcats. Uribe stopped two penalty kicks during the contest and finished with a total of six saves on the night. Photo by Christopher Finn

AMERICUS – The Georgia Southwestern State University Men’s Soccer Team (GSW) fell 1-0 to the Lander University Bearcats Saturday night, October 23, in the Hurricanes’ final home match of the season at Hurricane Field. LU scored the only goal of the game in the 17th minute on a goal by Marco Gueli. Unfortunately for the Hurricanes, they couldn’t get the equalizer and went on to lose the match.

GSW Goalkeeper Mauricio Uribe was the shining star of the night for the Hurricanes, keeping them in the game by saving two penalty kicks, one in each half, and tallying a total of six saves on the night.

The game was physical throughout, as a total of eight yellow cards and one red card were given out during the match. The first five of those yellow cards were issued to the Hurricanes.

With the loss, GSW is now 6-7-1 overall on the season and 4-6-1 in the Peach Belt Conference. The Hurricanes will travel down to St. Augustine, FL for their final match of the regular season against the Flagler College Saints on Wednesday, October 27. Kickoff is scheduled for 7 p.m.

Information in this article was obtained from both the GSW and Lander University athletic websites: www.gswcanes.com and www.landerbearcats.com.