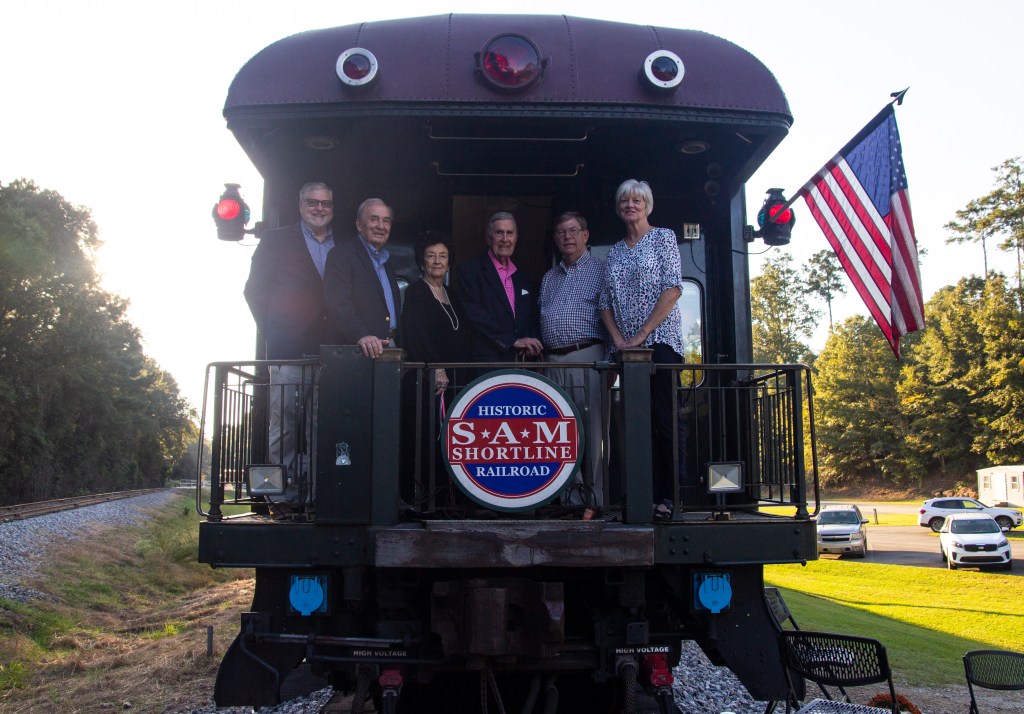 The SAM Shortline excursion train kicked off its upcoming 20th anniversary with a reception this past Friday October 15th.

Local and state elected officials, members of the Southwest Georgia Railroad Excursion Authority, Friends of SAM Shortline Board and those who worked to create the SAM attended the event on the train.

Authority Chairman Lee Kinnamon spoke about the cooperation that was required to make the tourist train a reality. “Not only does the Historic SAM Shortline Railroad link our communities together physically across Crisp and Sumter Counties, it has brought our local leaders together to work successfully for the creation and development of one of our state’s most important tourist attractions. I have been blessed to serve as the chair of this board of outstanding leaders for twenty years,” he said.

In 2000, at the urging of local legislators and Jimmy and Rosalynn Carter, the Georgia General Assembly created the Authority to construct, finance and operate a passenger train on the state-owned railway in Crisp and Sumter counties. The Authority held its first meeting in August of 2000.

Initially under the Georgia Department of Transportation, the train was transferred to the Department of Natural Resources and became Georgia’s only rolling state park. Passenger cars were acquired from Maryland’s commuter rail MARC and the observation car, the Hawkins, was obtained from Stone Mountain. Mechanical repairs and upgrades were made, test runs conducted and volunteers signed up.

On October 26, 2002 the whistle blew and the Heart of Georgia Railroad pulled the first public excursion out of Cordele to Plains. Initially funded in part by the state, the SAM Excursion Train was removed from the budget in 2009 and has since operated on ticket sales alone.

During the last 20 years, hundreds of volunteers, city officials and townspeople have joined to build depots, execute special excursions and bring hours of joy to children and adults alike.

It is that community spirit and the train’s major economic contribution that the Authority, volunteers and management plan to celebrate from now through 2022.