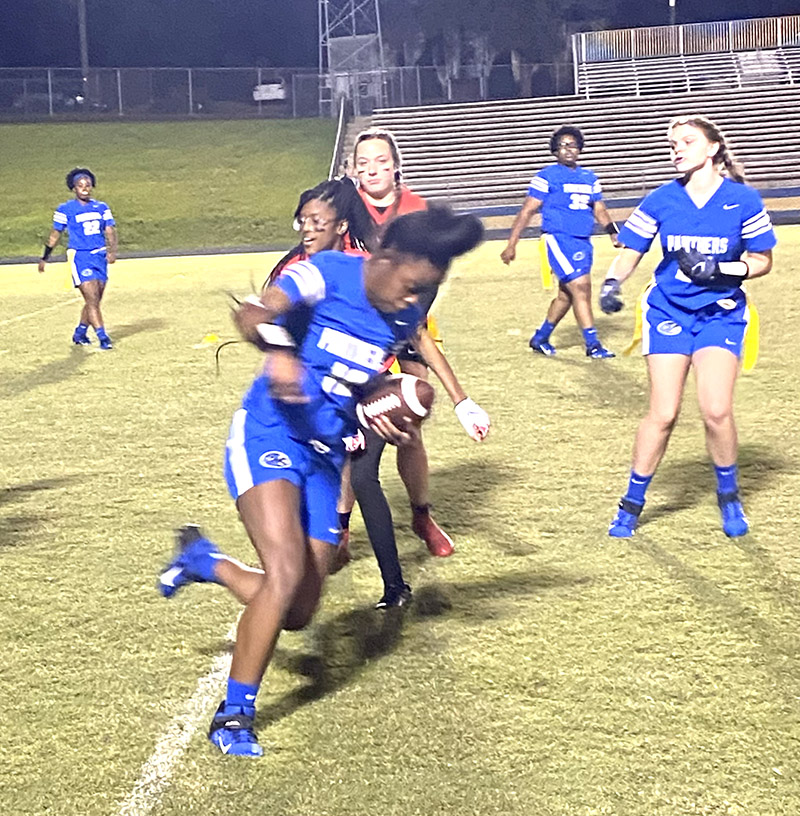 AMERICUS – The Sumter County High School Girls’ Flag Football Team (2-1) defeated Kendrick 20-12, but we’re thoroughly dominated by St. Anne-Pacelli (4-1) in the second of their two games played in a round-robin tri-match between the Lady Panthers, Kendrick and St. Anne-Pacelli, which was played on Tuesday, October 26, at Alton Shell Stadium. 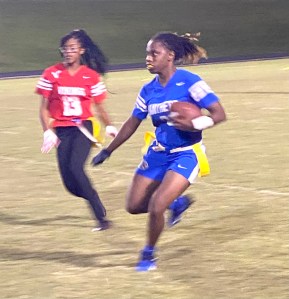 Kendrick then lost to SAP 14-7 in the second game of the night and it set the stage for the two winning teams to fight it out in the third game to see who would leave Americus undefeated in the tri-match. Unfortunately for the Lady Panthers, the SAP Lady Vikings took control early and went on to dominate SCHS 21-0.

The Lady Panthers were able to move the football, as Goodman was able to make several runs. However, SCHS was not able to put the ball in the end zone.

The Lady Vikings, on the other hand, got rushing touchdowns from Tanniyah Carter and Ann-Marie Robinson. Then late in the game, Carter, who was playing quarterback, Threw a touchdown pass to Jessie Isaacs to complete SAP’s 21-0 win. 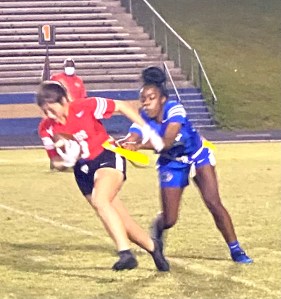 Girls’ Flag Football has been going on for about three years now as a varsity sport in the Georgia High School Association (GHSA). The game is played on an 80-yard field and the game consists of two 20-minute halves. As of right now, Sumter County is the only school in this area that has a girls’ varsity flag football team.

The Lady Panthers defeated Central High School from Phenix City, AL 12-6 in their season opener on Wednesday, October 20 before splitting with Kendrick and SAP this past Tuesday.