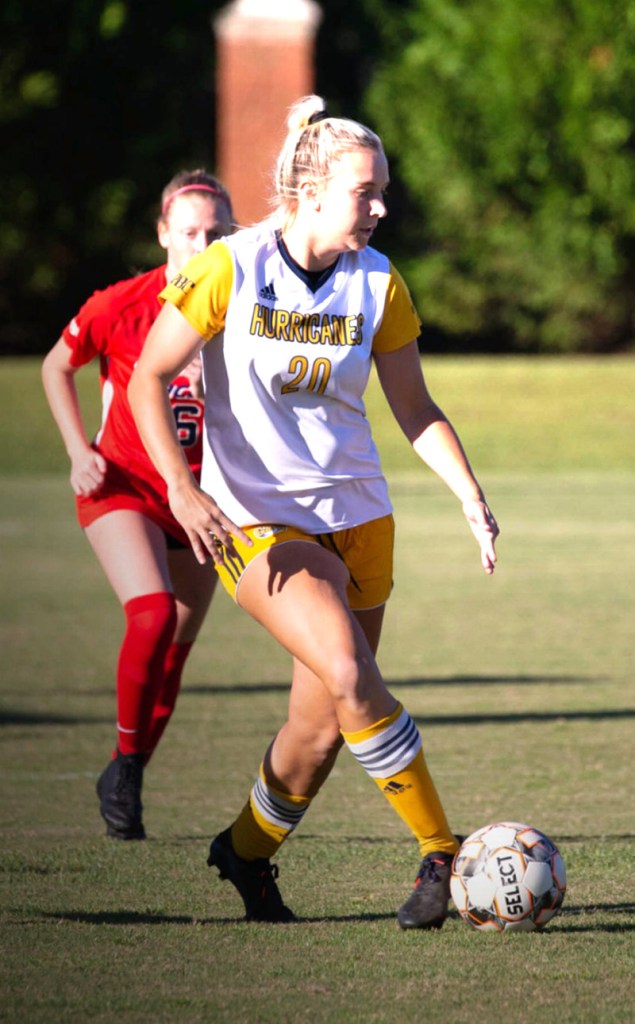 AMERICUS – The Georgia Southwestern State University Women’s Soccer Team (GSW) finished its 2021 regular season with a 2-0 loss to the University of North Georgia on Saturday evening, October 30, at Hurricane Field.

GSW had numerous chances to score early in the game, but couldn’t get the ball past UNG goalkeeper Peyton Satterfield. Unfortunately for the Lady Hurricanes, UNG took a 1-0 lead on a goal by Skylar Abbott in the 39th minute and doubled its lead at 2-0 when Katey Derkay scored in the 51st minute.

Though she allowed two goals, GSW goalkeeper Grace O’Shaugnessy had eight saves and had a solid performance overall. The back line for the Lady Hurricanes deflected four different shot attempts away from the net, as UNG took 19 shots overall and 12 shots on goal.

Having secured a spot in the upcoming Peach Belt Conference Tournament, The Lady Hurricanes will continue this historic season. As the #8 seed in the PBC Tournament, GSW will travel up to Columbus to take on top-seeded Columbus State on Saturday, November 6. Kickoff is scheduled for 3 p.m.