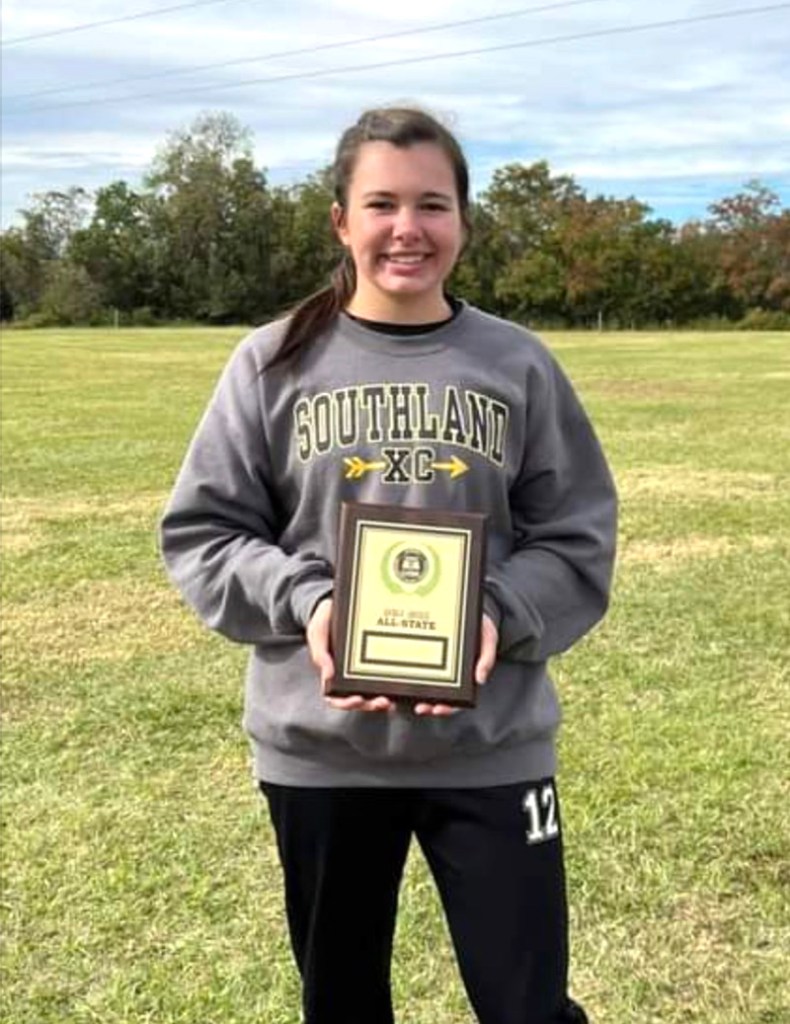 Southland Academy’s Jadie Burrell turned in a top 10 performance by finishing in seventh place at the GISA State Meet. By virtue of her performance in the state meet as well as throughout the season, Burrell earned All-State honors. Photo by Carol Burrell

In the team standings, the SAR girls finished in ninth place with 215 points and were 14 points behind eighth place finishers Tiftarea Academy (201). Westminster Schools of Augusta finished as the state runner-up with 74 points and Frederica Academy won the girls’ state title with 43 points. In the sport of cross country, in order for a team to finish high in the standings or to win a team championship, the goal is to finish with the fewest points possible. 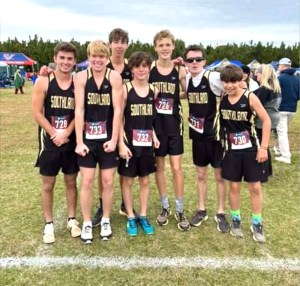 In boys’ action, the Raiders finished in sixth place as a team with 167 points. Frederica Academy finished as the state runner-up with 66 points and Westminster Schools of Augusta won the boys’ team championship with 29 points.

Junior Tanner Humphrey turned in the best individual finish for the Raiders. Humphrey finished in 15th place out of 76 competitors, crossing the finish line in a time of 19:29.07. Eli Scott of Westminster Schools of Augusta won the individual state championship, finishing the boys’ race in a time of 17:45.64. 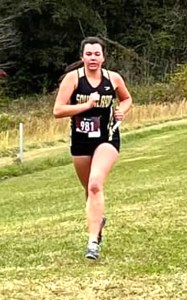