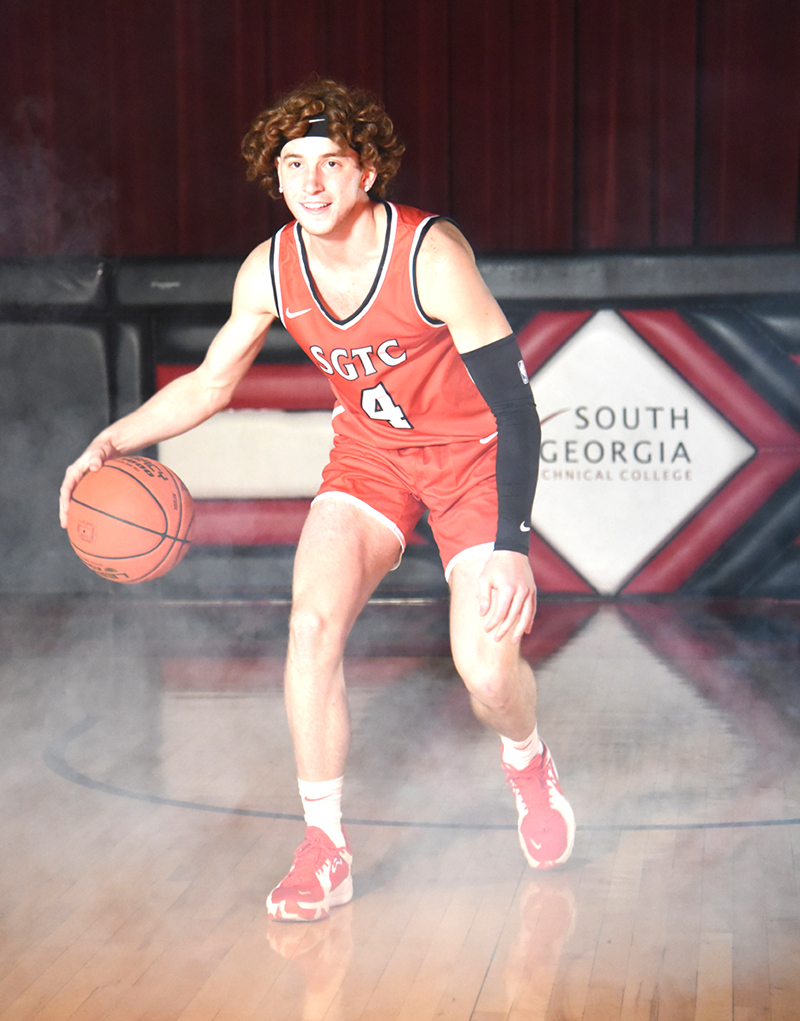 AMERICUS – The South Georgia Technical College Jets and Lady Jets both earned impressive wins over the weekend to remain unbeaten this season.  The #7-ranked Lady Jets captured an 83 – 42 victory over Andrew College in a Georgia Collegiate Athletic Association (GCAA) conference game to move to 4 – 0 overall and 1 – 0 in the GCAA. The Jets also put another win in the win column, as they traveled Phenix City, AL and earned a narrow 84 – 82 win over Chattahoochee Valley Community College to start the season 5 – 0.

“These were both big wins,” SGTC Lady Jets Head Coach James Frey said.  “It is always good to get that first conference win and even though the Lady Jets started sluggishly, they came back in the second quarter and took charge.  The Jets had an impressive week with three big wins on the road in Alabama, including the two-point win over a very good Chattahoochee Valley Community College team.”

The Lady Jets opened the weekend with their first conference game of the new season at home against a much-improved Andrew College Fighting Tigers squad.  Andrew was actually up 15 – 11 at the end of first quarter, but the Lady Jets roared back in the second quarter to outscore the Lady Tigers 24 – 10 and led 35 – 25 at halftime.  The Lady Jets continued to outscore Andrew 25 – 10 in the third quarter and 23 – 7 in the fourth quarter to take the 83 – 42 GCAA victory. 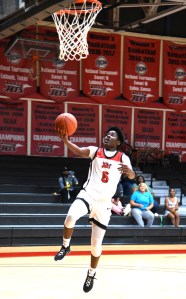 Freshman shooting forward Alexia Dizeko was the leading scorer for the Lady Jets with 20 points.  The Sion, Switzerland native made nine of 12 shots from the floor and made two of three free throws.  Dizeko also had six rebounds, two assists and three steals on the night.  The only other Lady Jet to score in double figures was freshman Laurie Calixte.  Calixte, a native of Quebec, Canada, came off the bench to score 15 points.  She also tallied two rebounds, two assists and one steal on the night.

Sophomore Kamya Hollingshed hit three three-point shots to account for nine points, freshman center Fanta Gassama had 12 rebounds and eight points and freshman Camryn James of Macon followed with seven points, six rebounds, one assist and one steal.  Closing out the scoring was sophomore guard Maikya Simmons and freshman Susana Yepes with five each, Loes Rozing and Cinitia Lopez with four points each, and then Luana Leite, Mame Thiaw, and Tena Ikidi added two points each.

After the Lady Jets walked away with a win, the Jets went to Alabama to take the come from behind 84 – 82 win over Chattahoochee Valley Community College.  Sophomore point guard Will Johnston from Sydney Australia scored 33 points and had five rebounds, six assists and three steals to lead his team to their fifth consecutive win of the season.

Two other starters sophomore forward Jalen Reynolds and sophomore guard, Marvin McGhee, III, both tossed in 20 points.  Reynolds had a double-double with 18 rebounds to go with his 20 points.  He also had three blocked shots.  McGhee had nine rebounds, four assists and one steal in addition to his 20 points.

Fans will have the opportunity to see the Jets in action on Saturday, November 20 at 2 p.m. when they face Action Sport Academy.  They will then travel to Sarasota, FL for the State College of Florida Classic over Thanksgiving Weekend of November 25, 26 and 27.  They play State College of Florida at 4 p.m. on Thanksgiving Day, Nov. 25, then Eastern Florida State on Friday, Nov. 26, at 3 p.m. and Indian River Community College at 2 p.m. on Saturday, Nov. 27.