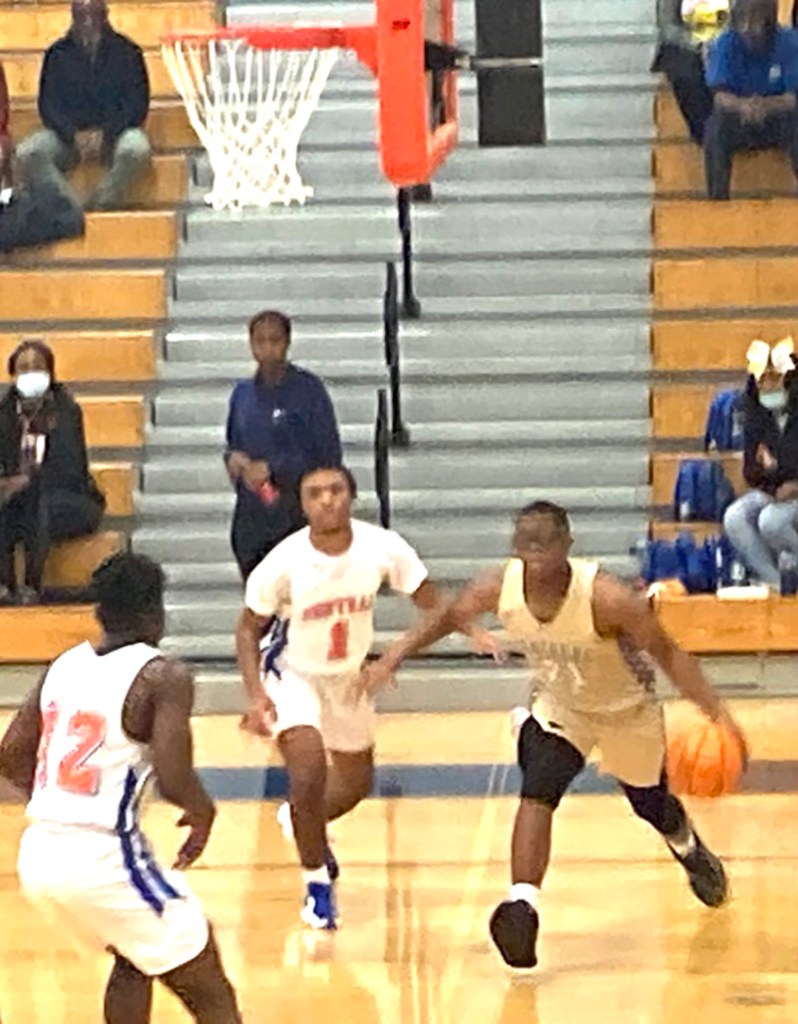 MACON – Both the Sumter County High School boys and girls basketball teams (SCHS) earned their first Region 2-AAA victories of the season on Wednesday, December 1, at Central (Macon) High School (CMHS). The Lady Panthers improved their overall record to 2-2 with a 45-34 victory over the Lady Chargers, while the boys were able to edge out CMHS 53-50 to stay undefeated at 2-0.

In the girls’ game, the Lady Chargers jumped out to a 23-19 lead at the half, but the Lady Panthers dominated play in the third quarter, outscoring CMHS 18-6. That third quarter run by SCHS proved to be the deciding factor in the game, as the Lady Panthers would not relinquish their lead in the fourth quarter and would go on to win by the score of 45-34.

Tiffani Goodman led the Lady Panthers in scoring with 18 points and Trinity Jackson had 12. Aviyonna Clemons was also in double figures with 10 points.

In the varsity boys’ game, the Panthers were in a hard-fought battle with the Chargers the entire way, but they were able to come away with a 53-50 victory on the road.

“We didn’t play very well on the offensive side,” SCHS Head Coach Johnny Genwright said. “We had a lot of turnovers. Defense was imperative for the most part. However, the guys were able to accept the challenge to close out the game during crunch time.” Genwright went on to say that he was extremely pleased with the play of La’Travus Angry, who stepped up his game for SCHS on both ends of the floor.

Cameron Evans led the Panthers in scoring with 14 points and Kyric Davis poured in 11. La’Travus Angry, D.J. Hurley and Brandon Pope each chipped in six points for SCHS in the winning cause. 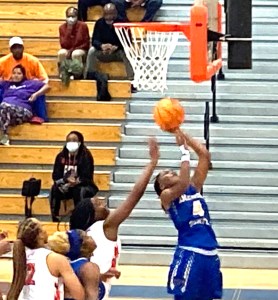 Sumter County junior guard Aviyonna Clemons goes up to score on a layup. Clemons scored 10 points in the win over the Lady Chargers.
Photo by Coleman Price

The Lady Panthers will tip off their game on Friday at 6 p.m., followed by the Panthers at 7:30 p.m.