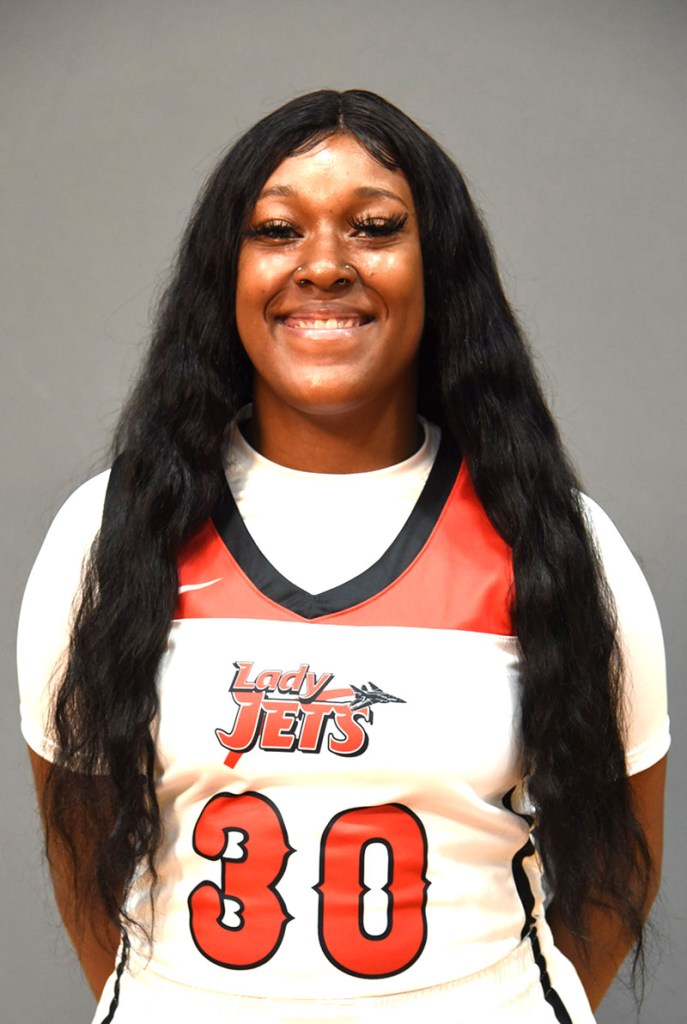 Kamya Hollingshed, a sophomore shooting guard from Locust Grove, GA, was the top scorer for the Lady Jets against Albany Tech with 26 points. Photo by Su Ann Bird

Albany, GA – The South Georgia Technical College Lady Jets returned to their winning ways with a 73-58 Georgia Collegiate Athletic Association (GCAA) victory over Albany Tech’s Lady Titans in a come from behind win Wednesday.  The nationally ranked Lady Jets are now 7 – 3 overall and 2 – 1 in the conference.  Albany Tech is 2 – 3 in the conference and 5 – 5 overall.

“It was good to get another conference win,” SGTC Lady Jets head coach James Frey said.  “We are currently in second place in the GCAA behind Georgia Highlands, which is unbeaten right now at 3 – 0.”

The Lady Jets dropped a 65 – 54 decision to Georgia Highlands early in the season on Tuesday, November 16, but but has two more opportunities to play them in conference match-ups.  The Lady Jets travel to Rome on December 18th for a 2 p.m. game and then host them on February 2nd at 5:30 p.m.

The win over Albany Tech put the Lady Jets in second place over Central Georgia Tech with a 1 – 1 conference record followed by Albany Tech, 2 – 3, East Georgia, 1 – 2; and Andrew College, 1 – 3.

The Lady Jets had a great night from sophomore shooting guard Kamya Hollingshed with 26 points.  She was seven of 13 from the three point line and nine of 17 from the field.  She also hit one of two free throws and had two assists, three steals and one rebound.

Freshman forward Camryn James from Macon contributed nine points, and then Maikya Simmons and Mame Thiaw added two points each while Luana Leite closed out the scoring with one point.  Albany Tech had three players in double-digits.