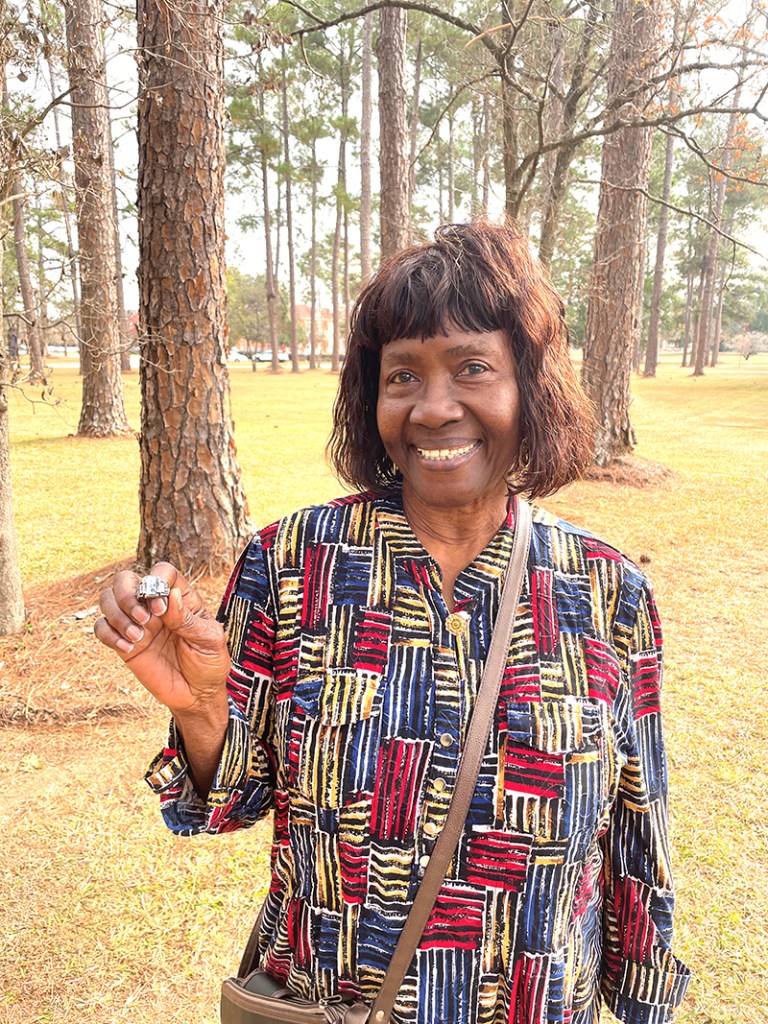 AMERICUS – Ian Pierson, a former Americus resident, lost his high school class ring in 2006 as a freshman at Georgia Southwestern State University (GSW). Pierson, a 2006 graduate of Peach County High School in Fort Valley, said he was out on a run for tennis practice when he lost his class ring on the walking trail, now where the Rosalynn Carter Health and Human Sciences Complex is located.

“When I lost my class ring freshman year of 2006, I never really thought I’d see it again,” Pierson said.

Pierson’s ring turned out to have been found by Marilyn Jackson, a nearby resident to campus, shortly after he lost it. Jackson said she found the ring while walking on the trail, but she was unable to read the engraved letters because of the small size of the print. Jackson said she took out ads in local papers trying to find the ring’s owner in 2006, but was unsuccessful. 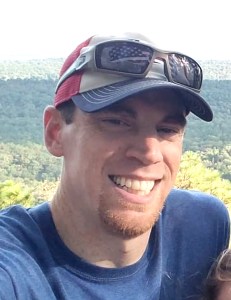 Back in 2006, Ian Pierson, a GSW student, lost his High School class ring while running along the university’s walking trail, where the Rosalynn Carter Health and Human Sciences Complex is located today. Marilyn Jackson, who found the lost ring, gave the ring to GSW employee Chelsea Collins, who is returning the ring to Pierson 15 years later.
Submitted Photo

Still, she kept the ring hidden away for 15 years. Jackson said a recent news report about another lost and found ring reminded her of the item still in her possession, and she decided to renew her search for the owner. This time, she was determined to find who lost the ring so she took some extra measures.

“I had my magnifying glass, I had my eyeglasses on, I had a couple of lamps for light. It took me about an hour to figure out what those small, tiny letters were, but it worked,” Jackson said.

Jackson had something working in her favor she didn’t have 15 years ago – Google. She searched online for the engraved name, called the first name that popped up in her search, and was soon able to connect with Pierson.

Pierson thanked Jackson for her efforts to return his ring.

“I’m grateful Mrs. Jackson found it, kept it, and sought me out after all these years,” he said. 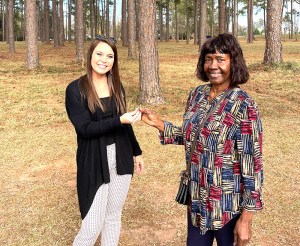 Marilyn Jackson (right), who found Ian Pierson’s lost ring, gave the ring to Chelsea Collins, who is planning to return the ring to Pierson, who currently lives in North Georgia.
Submitted Photo

Jackson recently handed over the ring to a friend of Pierson’s and GSW employee, Chelsea Collins, who will mail the ring to north Georgia where Pierson lives. Maybe one day Pierson and Jackson will meet. After all, they’ve had an unfamiliar connection for 15 years.