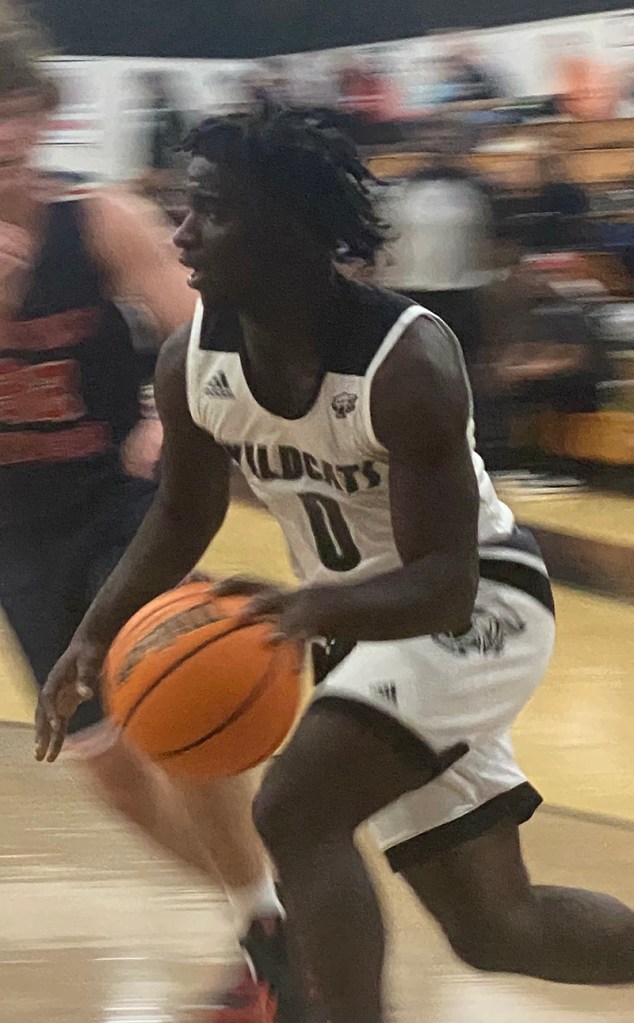 ELLAVILLE – Even though they got off to a slow start in the first half, the Schley County Wildcats (SCHS) still only trailed the Deerfield-Windsor Knights (DWS) by six at the half. However, they were not able to overcome a slow start early in the second half and went on to lose to DWS 47-41 on Saturday, December 4, at Schley County High School.

This was a game in which the Wildcats struggled to score for most of the game due to cold shooting from the outside, an inability to win the rebounding battle, turnovers and defensive breakdowns. These things particularly manifested themselves in the third quarter and according to SCHS Head Coach Ernest Scott, Saturday’s loss to the Knights was not the only game in this young season in which his club has struggled in the third quarter.

Zayden Walker led the Wildcats in scoring with 15 points and JaLewis Solomon scored 10 points for SCHS. Trypp Lumpkin had the hot hand from the outside and scored nine points on three three-pointers.

As for the DWS Knights, Jackson Harris led them in scoring with 12 points and Tyren Lebeauf scored 11 in the winning cause. 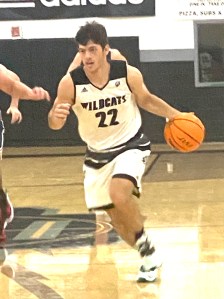 Schley County senior forward Cameron Barnes (#22) pushes the ball up the court for the Wildcats. Barnes made one foul shot against DWS.
Photo by Ken Gustafson

The Wildcats jumped out to a 3-0 lead on a three-pointer by Solomon early in the game, but after that, SCHS went cold from the field and they were outscored 12-3 by DWS. For much of the first half, the Wildcats struggled offensively and struggled to get offensive rebounds against the interior size of the Knights. In addition to these factors, SCHS also struggled with turnovers, which limited their chances to score.  In spite of these issues, the Wildcats only trailed DWS 21-15 at the half.

Walker led the Wildcats with seven points in the first half, while Harris led the Knights with six first-half points.

However, DWS outscored the Wildcats 15-9 over the first four minutes of the third quarter to take a 36-24 lead. With a little less than three minutes left in the quarter, Scott called a timeout to try to get his team to regroup. However, out of the timeout, Harris hit a three-pointer to give the Knights a 39-24 lead.

Turnovers continued to be a problem for SCHS in the second half and the Knights took advantage by jumping out to a 41-24 lead on a steal and transition basket by Thomas Ray. Trypp Lumpkin responded for the Wildcats with a three-pointer, but SCHS went through another offensive cold spell until Solomon scored with a little over six minutes left in the game to cut the Knights’ lead to 42-31.

However, just as it seemed the Wildcats were gong to make a move, the Knights quickly responded when Lebeauf drilled a three-pointer to put DWS back up by 14. With 3:05 left in the game, the Wildcats were able to cut their deficit to 45-37 on another three-pointer from Lumpkin. Then with a little less than two minutes to play, Solomon got a steal and scored on a transition basket to bring the Wildcats even closer at 45-39.

Then with 22.4 seconds to go, SCHS cut its deficit to 45-41 when Walker was fouled and hit two fouls shots. Unfortunately for the Wildcats, however, that would be as close as they would get, as the Knights were able to hang on for the 47-41 victory.

SCHS will try to rebound from this set back when they host Stewart County on Tuesday, December 7, at 7:30 p.m.