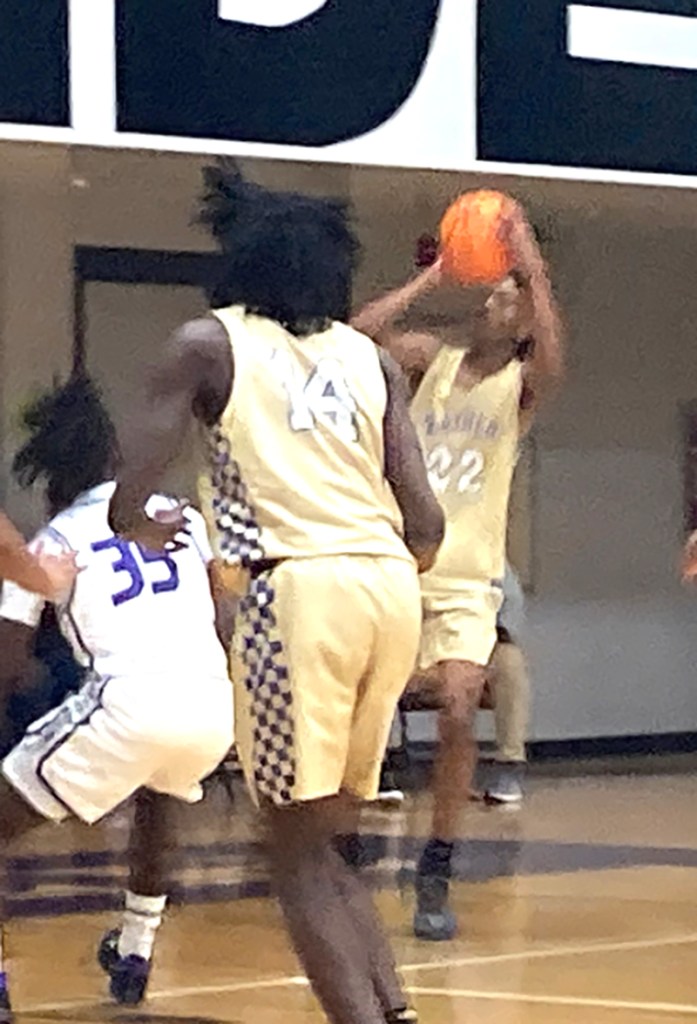 Sumter County junior forward Brandon Pope (#22) goes up to shoot a baseline jumper against Upson-Lee. Pope scored eight points in the Panthers’ win over the Knights. Photo by Coleman Price

THOMASTON – The Sumter County Panthers (SCHS) had to overcome a slow start and a couple of second half runs by Upson-Lee (ULHS), but they were able to hold on and secure a 60-43 victory over the Knights in another Region 2-AAA contest on Tuesday, December 7, at Upson-Lee High School.

SCHS sophomore guard Cameron Evans had the hot hand again for the Panthers. Evans led SCHS with 21 points, Kyric Davis poured in 10 points and Brandon Pope chipped in eight for the Panthers in the winning cause.

“We got off to a rough start, but picked up the tempo,” SCHS Head Coach Johnny Genwright said. “However, Upson-Lee made a run at the end of the third quarter, as well as in the fourth. We had unnecessary turnovers, but we were able to close out the game in the last two minutes.” 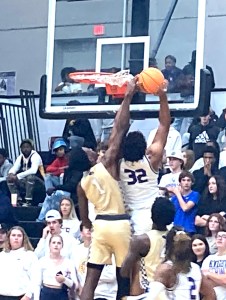 In addition to the scoring contributions of Evans, Davis and Pope, Devon Dowdell scored six points for SCHS. Anthony Tyson chipped in five. D.J. Hurley knocked down one three-pointer and Traveon Lamar, Latravus Angry and Elijah Westbrook each scored two points. Kentravius Dunning also made one foul shot to round out the Panthers’ scoring.

With the victory, the Panthers improve to 4-1 overall on the season and they are now 2-0 in Region 2-AAA competition.

SCHS will now turn its attention to another region opponent: the Red Devils of Jackson (JHS), whom they will face on the road on Friday, December 10, at 7 p.m. This game was supposed to be a home game for the Panthers, but had to be switched to an away game due to transportation issues involving JHS. The Panthers will host the Red Devils on Saturday, January 8, at 5:30 p.m.