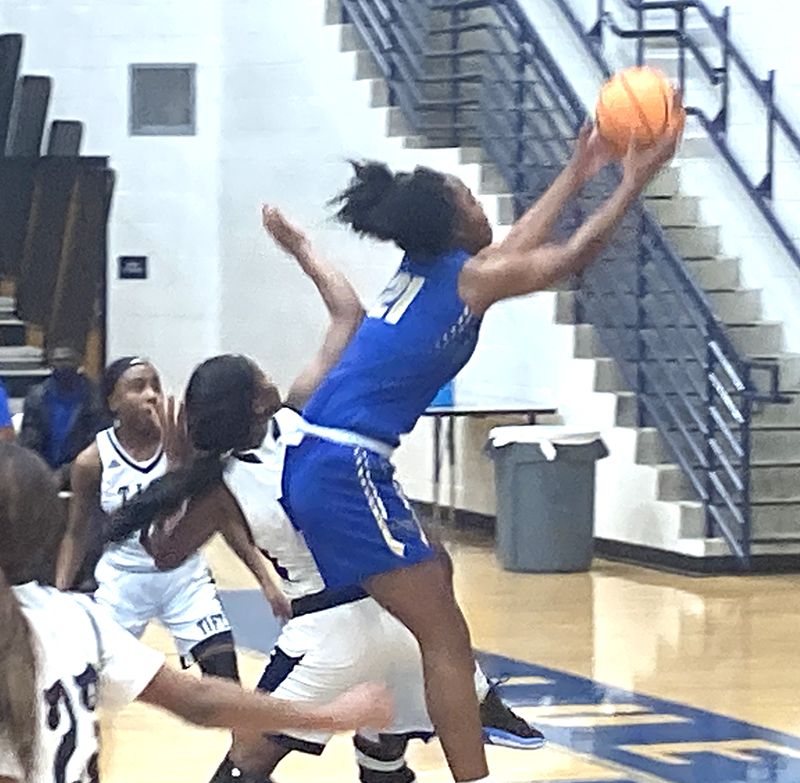 TIFTON, GA – After the first quarter, the Sumter County Lady Panthers (SCHS) only trailed the Lady Blue Devils of Tift County 10-9, but a 19-9 run by TCHS in the second quarter was the beginning of a downward spiral from which the Lady Panthers could not recover. As a result, SCHS went on to lose to the Lady Blue Devils 62-42 on Tuesday, December 14, at Tift County High School.

With the loss, the Lady Panthers are now 4-4 on the season, but are still 3-0 in Region 2-AAA competition.

SCHS senior forward Trinity Jackson led the Lady Panthers in scoring with 17 points and Tiffani Goodman poured in nine points. Aviyonna Clemons chipped in eight points, Kaylin Holley scored four and D’eria Clark scored three points on one three-pointer in the first quarter to round out the SCHS scoring. 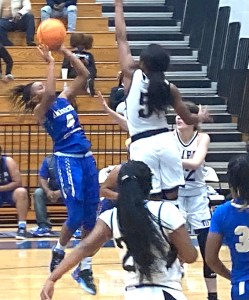 The final stanza was pretty much evenly played between both teams, with TCHS outscoring the Lady Panthers 15-12. Unfortunately for SCHS, however, they were not able to cut into the TCHS lead and went on to lose 62-42.

In addition to Chaney’s 21 points to lead the Lady Blue Devils (6-1), Tamyra Carter poured in 17 points and Mya Cushion scored nine for TCHS in the winning cause.

The Lady Panthers will try to rebound from this set back when they host Monroe on Friday, December 17 in another non-region contest. Tip off for that game is scheduled for 6 p.m.