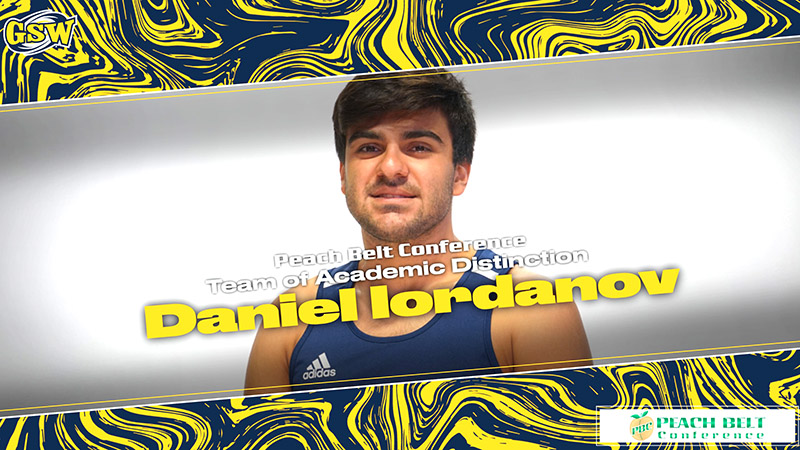 Former Schley County cross country athlete and current GSW standout Daniel Iordanov has been named to the Peach Belt Conference Team of Academic Distinction for his performance in the classroom and on the cross country course for the Hurricanes. Photo by GSW Athletics

AUGUSTA – The Peach Belt Conference has released the 2021 Men’s Cross Country Team of Academic Distinction, presented by Barnes & Noble College. The team is a part of the PBC’s larger initiative to celebrate the academic achievements of PBC student-athletes and is modeled on the CoSIDA Academic All-America program.

Daniel Iordanov, a freshman management major from Americus, GA and a former Schley County cross country runner, was chosen after posting a 3.57 GPA and leading the men’s cross country team in points in all but one race. Iordanov’s best finish was a 24th place finish in the Willie Laster Meet and had his best time of the season in the Peach Belt Conference Championships, finishing with a time of 30:41.1.

To be eligible for the team, a student-athlete must 1) participate in at least half of his/her team’s events and be either a starter or significant contributor; 2) achieve a 3.30 cumulative grade point average (on a 4.0 scale) and 3) completed at least one full academic year at his or her current institution and has reached sophomore athletic eligibility. The Peach Belt Conference Sports Information Directors oversee the program.