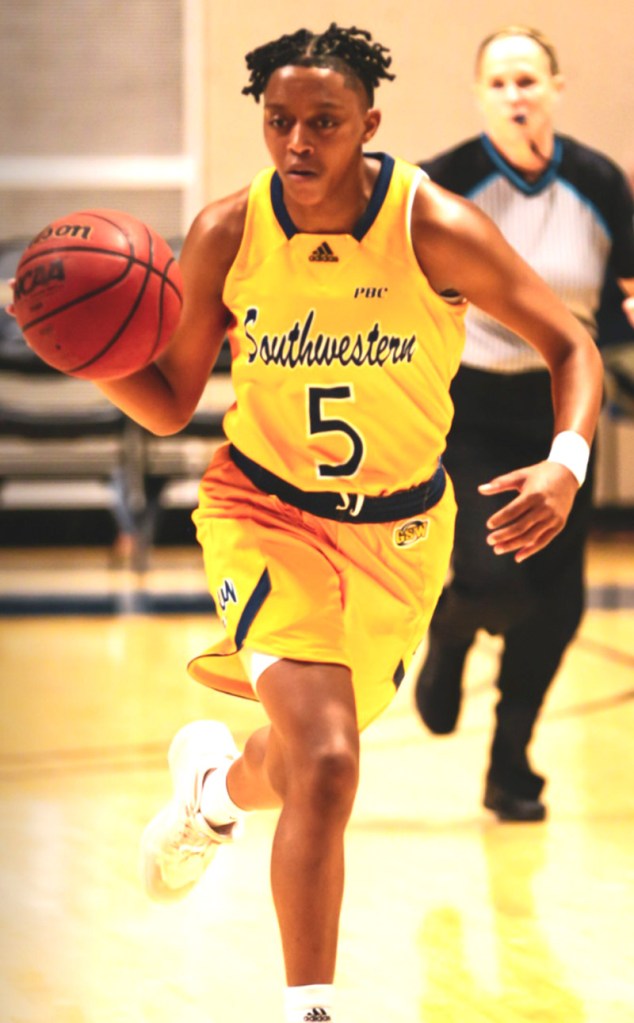 DAHLONEGA, GA – A battle between two teams with only one loss on the season ended with a 75-68 defeat for Georgia Southwestern on Wednesday night against the 13th ranked University of North Georgia Lady Nighthawks.

Despite missing its best shooter, along with GSW head coach Justin Payne for the road matchup, the Lady Hurricanes came out swinging, ending a high-scoring first quarter with a 25-22 lead. The defenses for both sides came alive in the second quarter, with both teams combining to score only 24 points after both squads reached 20 plus in the first quarter. The Lady Hurricanes took a 38-33 lead into the half, with Ava Jones leading the way. Jones scored half of the GSW points in the first half (19).

The fourth quarter was a back and forth battle until the Lady Nighthawks finally pulled away and secured their 75-68 win.

Jones was dominant on both sides of the ball. She finished the game with a career-high 33 points on the night: the second highest point total in program history. The senior guard from Carencro, LA also added six steals on the defensive side of the ball.

The Lady Hurricanes fall to 9-2 on the season, with both losses coming to ranked opponents. They will continue conference play Saturday, January 8 when the host Georgia College at 5:30 p.m.