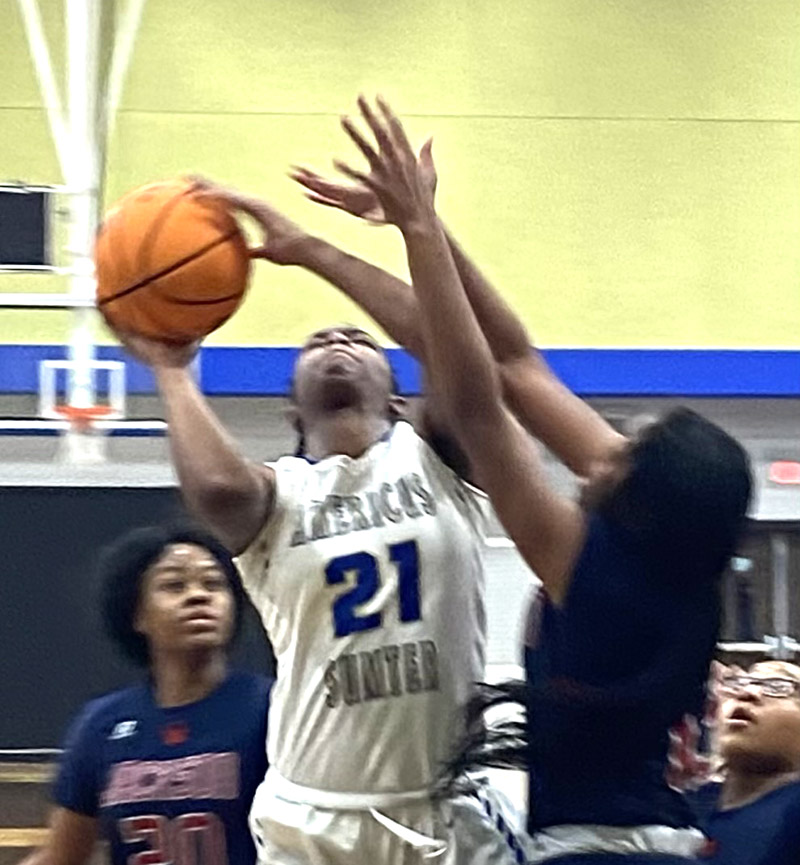 Sumter County senior center Trinity Jackson (#21) led the Lady Panthers in scoring with 12 points in the win over the Jackson Red Devils. Photo by Ken Gustafson

AMERICUS – After giving up a double-digit lead with a minute to go before halftime, the Sumter County Lady Panthers (SCHS) regrouped at the half and came out on fire to start the second half against Jackson (JHS). SCHS took total control in the third quarter by going on a 12-1 run. That run ended up setting the tone for the remainder of the game as the Lady Panthers dominated the Red Devils the rest of the way en route to a 54-38 victory over JHS on Saturday, January 8 at the Pitt Gymnasium on the SCHS campus.

While she was pleased with the victory, SCHS Head Coach Sherri Harris is concerned about what she perceives as a lack of cohesiveness in the Lady Panthers’ half court offense. “If you make two or three passes, you should be able to make a good score in a decent high school game and we are not doing that,” Harris said. Harris also stated that her club’s performance suffered when senior center Trinity Jackson picked up her third foul. “I don’t know where that third foul came from. That didn’t help at the end of the first half,” Harris said. “It kind of threw our half court chemistry off, but we got it going in the third quarter and we got a lot of easy baskets,” She continued. 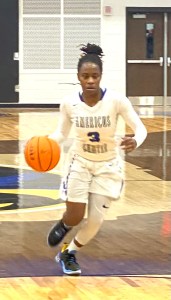 What Harris was referring to was that in the third quarter, the Lady Panthers got into their running game. They pushed the ball up the court and scored several transition baskets. They also stepped up their defensive pressure, forced turnovers and scored points off those turnovers. That style of play made a difference in the second half and it enabled SCHS to take control and secure a victory over their Region 2-AAA opponents.

With the win, the Lady Panthers are now 9-6 overall on the season and are in first place in the Region 2-AAA standings at 6-0.

The Lady Panthers had three players in double figures and Jackson led them in scoring with 12 points. Tiffani Goodman poured in 11 points and Madison Shelton scored 10 in the winning cause. 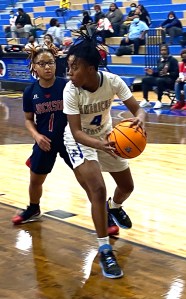 It was an evenly played affair during the first few minutes of the first quarter and the score was tied at 8-8 at one point. However, the Lady Panthers went on a 9-1 run to take a 17-9 lead. This was do to strong half court defense by the Lady Panthers and cold shooting by JHS. During this run, SCHS was able to score through dribble penetration and had the edge over the Red Devils on the offensive glass. 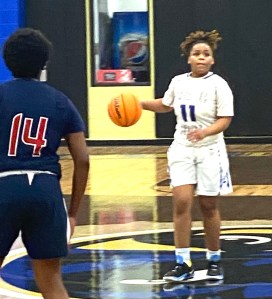 They were able to increase their lead to 25-11 on a basket by Cornecia Luster with a little over two minutes remaining before halftime. However, during the final minute of the first half, the Red Devils went on a 9-1 run that was capped off by a three-pointer from Jada Cummings at the buzzer. At one time, the Lady Panthers led by as much as 14, but that lead quickly evaporated within a minute and SCHS only led 26-20 at halftime.

Early in the third quarter, the Lady Panthers stepped up their energy at both ends of the floor. They pushed the ball on offense and were able to score baskets in transition. They also stepped up their energy on defense and were able to force the Red Devils into committing several turnovers. As a result, SCHS went on a 12-1 run over the first five minutes of the second half to take a 38-21 lead.

Then early in the fourth quarter, Luster enlarged the SCHS to 45-26 on a three pointer. This was followed by a basket on an offensive rebound by Jackson to give the Lady Panthers a 21-point lead. For the remainder of the game, SCHS continued to limit the Red Devils’ chances to score and did not allow JHS back in the game. As a result, the Lady Panthers would go on to claim another Region 2-AAA victory by the score of 54-38.

“We are in a process of getting kids to do what they’re supposed to do so that they can dress out and make us a better team,” Harris said. “We’ve just gotta get the glue. We don’t have enough glue in it right now. You see good stuff, but we’re trying to play for a state championship. We’re not just playing just to be out here,” Harris continued.

Jada Cummings led the Red Devils in scoring with 15 points and Trinity Tyson poured in 13 in the losing cause. With the loss, JHS falls to 4-6 on the season and 1-5 in Region 2-AAA play.

The Lady Panthers have now won two straight Region 2-AAA games and will try for three in a row when they host Mary Persons on Tuesday, January 11 at 6 p.m.