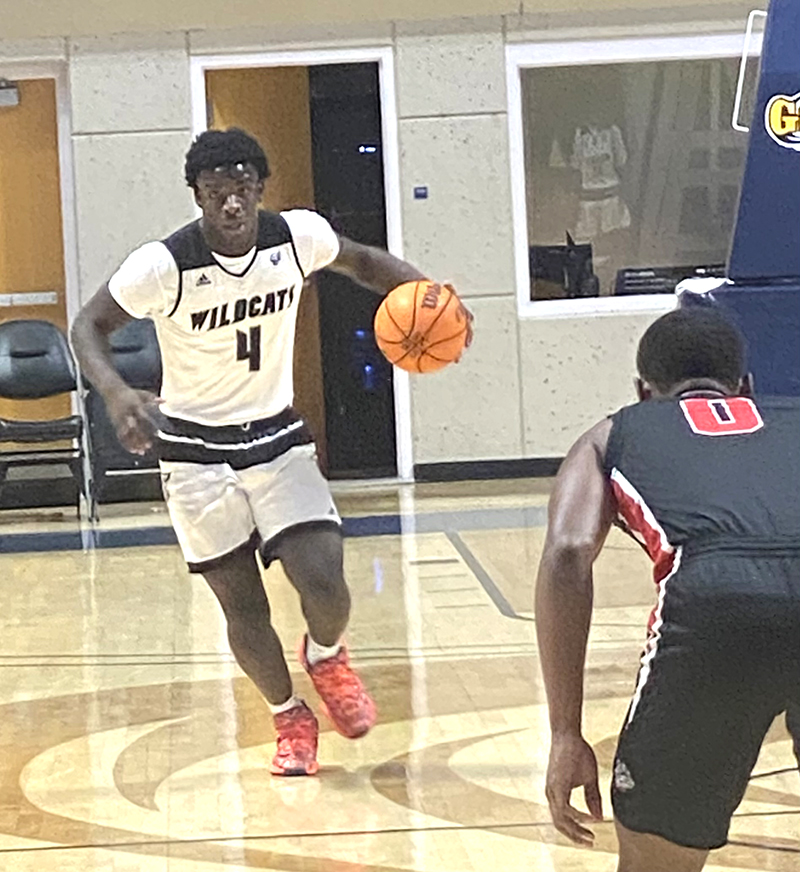 GREENVILLE, GA – The Schley County Wildcats (SCHS) found themselves trailing Greenville by 20 points with three minutes to go in the third quarter, but they stormed back in the fourth quarter to score a come-from-behind victory over the Patriots by the score of 64-59 on Tuesday, January 11 at Greenville High School.

Zayden Walker led the Wildcats with 22 points and Clinton Jackson scored 10. Javoris Scott almost cracked the double digit-scoring column as he scored nine points. Jordan Hudson scored seven points and Cameron Barnes chipped in six for the Wildcats in the winning cause.

The first half was evenly played between both teams, but the Patriots went into halftime leading 24-22. GHS went on a run in the second half and jumped out to a 20-point advantage, but SCHS was able to storm back in the fourth quarter to earn the come-from-behind victory.

With the win, the Wildcats improve to 7-4 on the season and 5-3 in Region 5A-Public competition. Their next opponent will be Chattahoochee County (8-2, 5-1 region) at home on Friday, January 14. In the previous meeting between the two teams in Cusseta back on Friday, December 3, the Wildcats fell to the Panthers 56-46. Tip-off for Friday’s game is scheduled for 7:30 p.m.