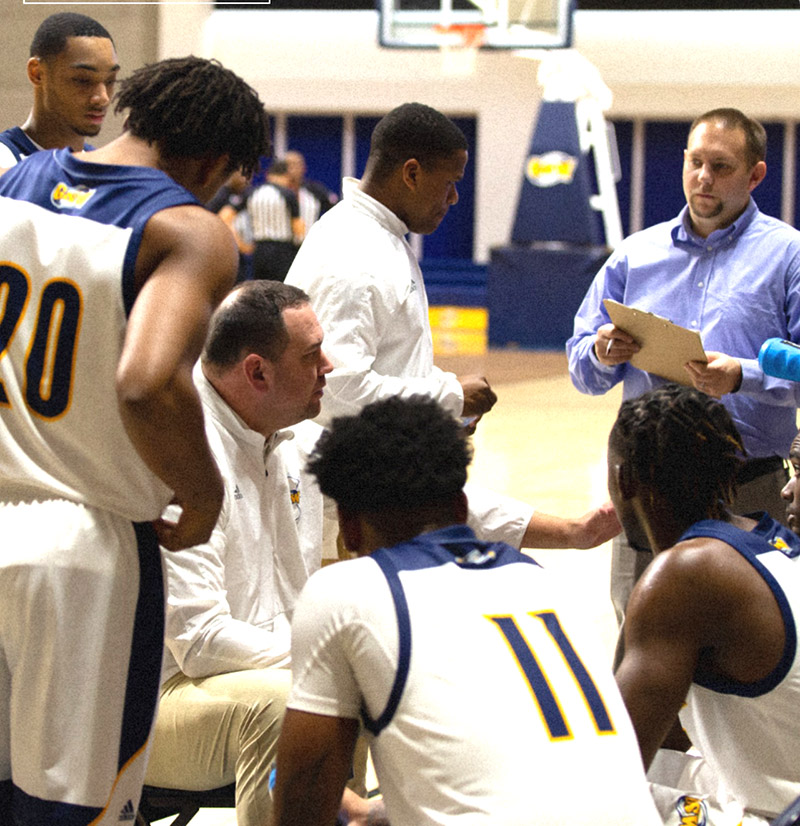 The GSW Hurricanes are seen here in a timeout during a previous game. The Hurricanes lost to the 17th ranked Augusta University Jaguars 77-65 on the road on Wednesday, January 19. Photo by GSW Athletics

GSW was able to hang in there early, but a late run gave the Jaguars a 12 point lead with 3:46 left until halftime. Jonathan King made a three-pointer to bring GSW’s deficit back to single-digits and the Jaguars led by nine at halftime.

The second half was a battle with both teams matching each other’s runs throughout. Kevin Kone played inspired basketball, going 10-12 from the field and leading the team with 20 points. His defensive matchup was one of the toughest matchups of the season. Kone was tasked with guarding 7’1 Tyshaun Crawford and the 6’9 Junior held his own outscoring and outrebounding the Peach Belt Conference’s tallest player.

In the second half, the Jaguars increased their lead to 12 once again and the lead stayed there the rest of the half with GSW falling to the 14-2 Jaguars by 12.

The Hurricanes (4-10, 0-6) return to the Storm Dome on Saturday afternoon, January 22 to take on the Lander University Bearcats in another PBC contest. Tip-off is scheduled for 3:30 p.m.