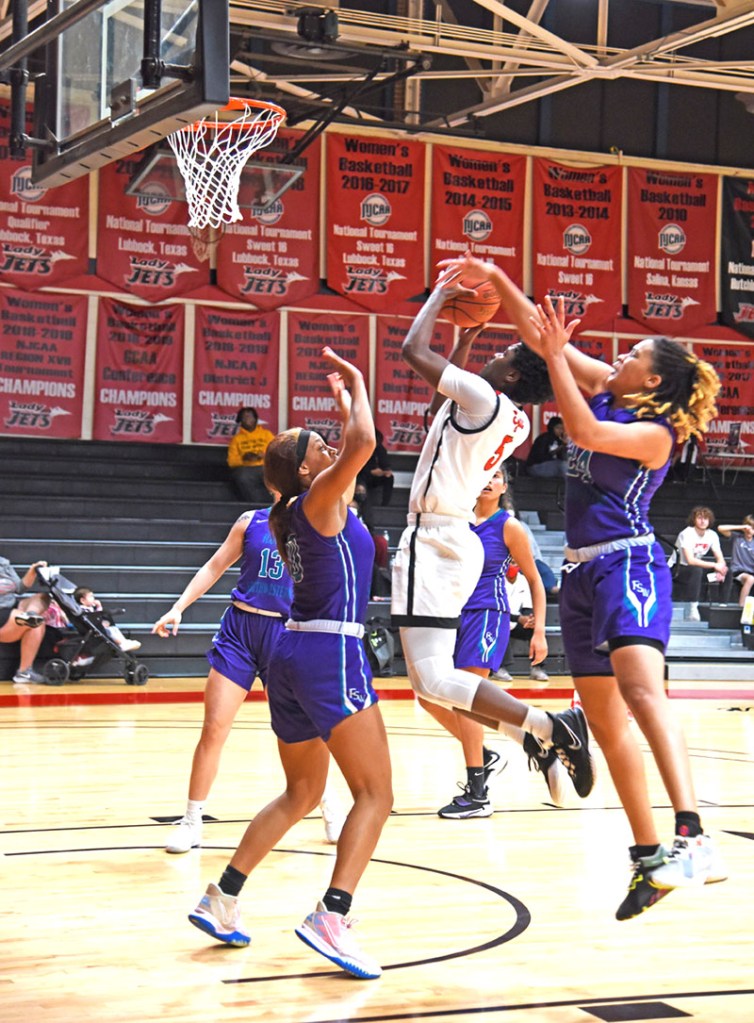 “We are improving every week,” Lady Jets head coach James Frey said.  “This was a good test for the Lady Jets and we were able to come out on top.  Florida Southwestern has a really good team and are very well coached.”

SGTC put together a strong second quarter and outscored Florida Southwestern 22 – 13 to take a 44 – 38 lead at the end of the first half. Both teams scored 36 points in the second half to make it an 80 – 74 decision in favor of the Lady Jets, who moved to 17 – 4 overall and remained 6 – 2 in the Georgia Collegiate Athletic Association (GCAA) conference.

“We did a much better job of protecting the basketball,” Frey said.  “We had nine turnovers to their 12 and in close games, that can make a big difference. Turnovers that lead to points for the other team can add up quickly and chance the outcome of a game.”

Freshman shooting forward Alexia Dizeko led the Lady Jets in scoring with 18 points, 16 of which came in the second half.  She was five of 14 from the floor and eight of eight from the foul line.  She also had 14 rebounds and one assist.

Both teams return home for a doubleheader in Americus on Saturday, January 29. The Lady Jets host Andrew College at 1 p.m. and the Jets host East Georgia State College at 3 p.m.