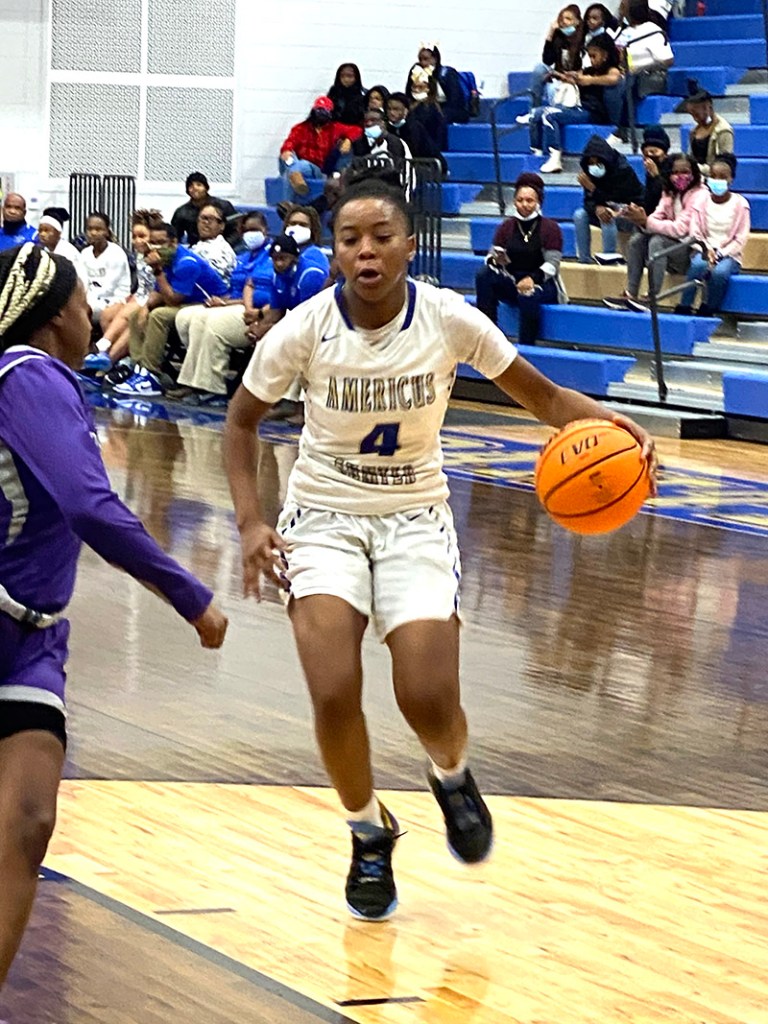 AMERICUS – The Sumter County Lady Panthers (SCHS) did what they do best against Upson-Lee (ULHS) on Friday, January 21. They used their defensive pressure in the first half to create their offense, which resulted in a large double-digit lead. In the second half, they were able to maintain that double-digit lead and would go on to defeat the Lady Knights 53-37 at the Pit on the Sumter County High School campus.

With the win, the Lady Panthers are now 14-6 overall and are in first place in the Region 2-AAA standings at 10-0.

However, though SCHS Head Coach Sherri Harris was pleased with the victory, she was disappointed that her club could not maintain that same intensity they showed early in the game during the rest of the game.

“I thought we played kind of timid and not very aggressive,” Harris said. “We started out aggressive, but we didn’t keep it going. I think we got a couple of easy early baskets in transition, which is an emphasis. We’re trying to get better in our transition game.” Harris went on to say that from the latter part of the first quarter onward, she felt that her club did not do a very good job in that area and that the Lady Panthers lacked the intensity that they showed early in the game.

“We were too laid back at the beginning of the third quarter. We had too many turnovers early on,” Harris said. “I guess some times when you try to play a lot of people when your up 15 to 20 points or 25 points, some of them are not focused and sometimes, it can hurt you.” 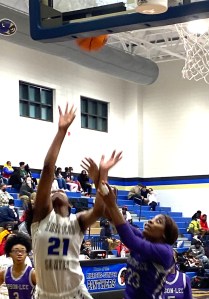 Trinity Jackson was able to have her way down low against the Lady Knights. The SCHS senior forward poured in 20 points to lead the Lady Panthers. Aviyonna Clemons was also in double figures for SCHS with 19 points and Tiffani Goodman chipped in eight in the winning cause.

SCHS jumped out to a 27-10 lead in the first half and led 33-15 at halftime. The Lady Panthers amassed their large lead by doing what they have done best over the past few years. They used their defensive pressure against the Lady Knights to create turnovers and scored several baskets off those turnovers.

Clemons led the Lady Panthers in first half scoring with 15 of her game total of 19 points, while Jackson scored 12 of her 20 points in the first half.

However, the SCHS offense was stagnant for much of the third quarter and it allowed the Lady Knights to go on a 6-0 run, cutting the Lady Panthers’ lead to 33-21.

SCHS finally scored its first points of the third quarter when Jackson scored a contested layup with a little over three minutes left in the quarter. This seemed to jump start the Lady Panthers’ offense as SCHS scored six more points to take a 41-21 lead. Over the last minute of the third quarter, both teams traded baskets, but SCHS had a 43-25 lead. 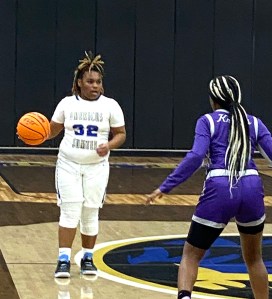 Early in the fourth quarter, ULHS struck first when Aziyah Perry drained a three-pointer to cut the Lady Knights’ deficit to 43-28. However, that would be as close as ULHS would get the rest of the way. The Lady Panthers continued to maintain their large lead and went on to win by the score of 53-37.

Aziyah Perry led the Lady Knights in scoring with 11 points and Milea Caldwell chipped in seven in the losing cause. ULHS is now 3-13 overall and 2-8 in Region 2-AAA competition.

Up next for he Lady Panthers is a trip up the road to Fort Valley on Saturday, January 22 to take on the Lady Trojans of Peach County (12-5, 7-2 Region). Tip–off is scheduled for 6 p.m.