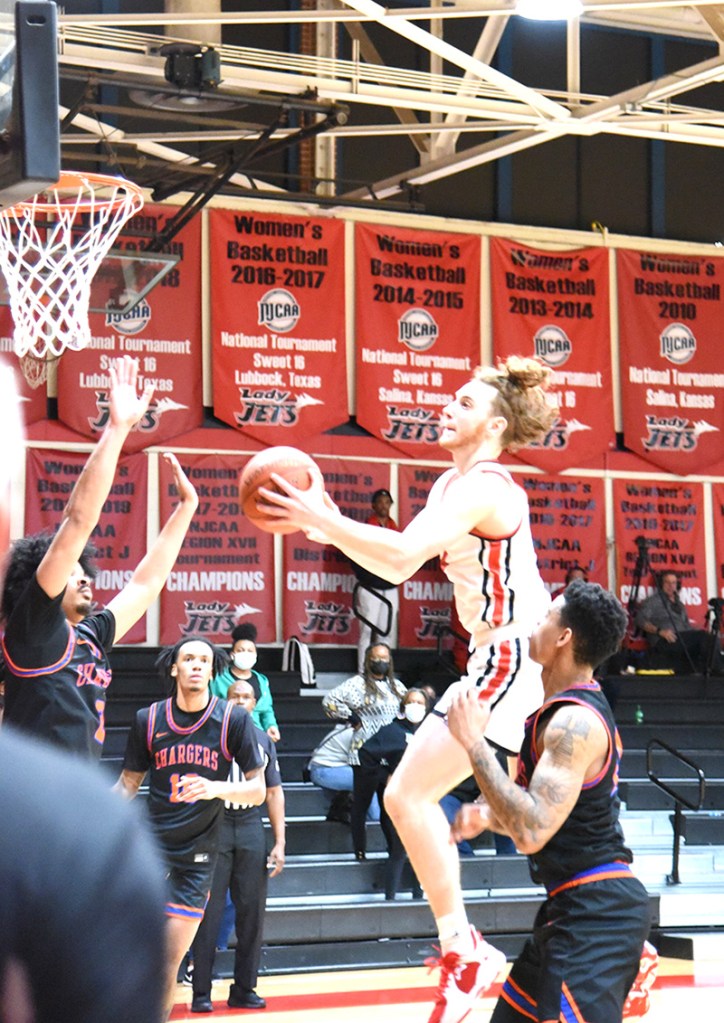 AMERICUS – The South Georgia Technical College Jets and Lady Jets both captured wins over their Georgia Collegiate Athletic Association (GCAA) opponents in a double-header in the Hangar on Saturday, January 21. The Lady Jets easily overpowered the East Georgia College Bobcats, 77 – 60 and the Jets managed to upset the top ranked Georgia Highlands Chargers 106 – 88 in overtime.

The Lady Jets secured their seventh straight win Saturday behind the strong shooting of freshman forward Alexia Dizeko, freshman guard Luana Leite and sophomore shooting guard Kamiya Hollingshed.  Dizeko led the team with 21 points and 12 rebounds for an impressive double-double for the second game in a row. She also had three assists and two steals. 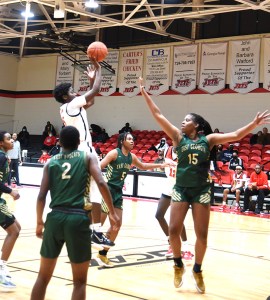 Hollingshed hit five three-pointers to finish the night with 15 points and Luana Leite tied that point production hitting six of 12 from the field and three free throws. Hollingshed pulled down three rebounds, while Leite came away with four rebounds, five assists and one steal on the night.

Sophomore guard Will Johnson led the Jets in scoring with 26 points and seven rebounds on the night. Malik Battle was close behind with 24 points, two rebounds and five assists. Three other Jets were in double-digits with Justice Hayes walking away with 15 points and six rebounds and Marvin McGhee contributing 13 points, four rebounds, four assists and two steals before fouling out late in the second half.

Sophomore center Jalen Reynolds had a double-double on the night with 11 points and 14 rebounds. He also had four assists and two blocked shots. Bryce Turner scored eight points for the Jets and had eight rebounds. Nathan Wilson tossed in six points and had three rebounds and Kallin Fonseca closed out the scoring with three points and two rebounds.

The two teams will return home for another double-header on Saturday, January 29 in the Hangar. The Lady Jets open with Andrew College at 1 p.m. and the Jets follow up with East Georgia at 3 p.m.