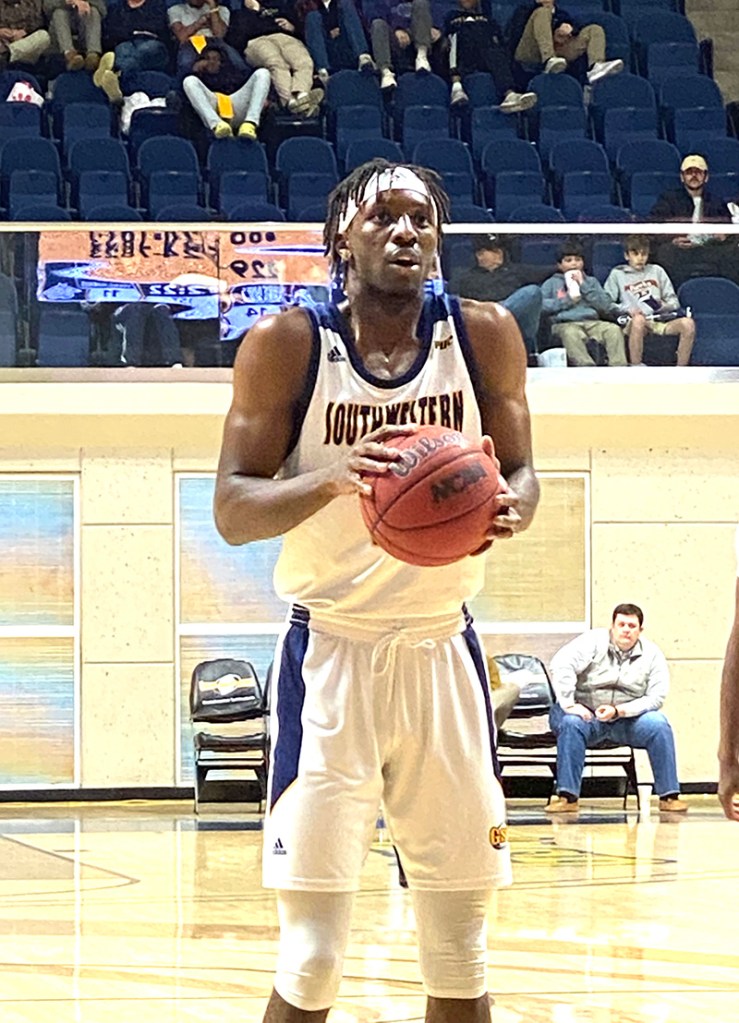 With the win, the Hurricanes are now 6-10 overall and 2-6 in the Peach Belt Conference, while the Mountain Lions fall to 3-15 on the season and are still looking for their first PBC win at 0-9. The Hurricanes are currently in eighth place in the PBC standings and they are two games behind North Georgia, who sits in seventh place with a 4-4 PBC record. 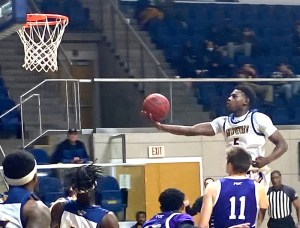 While GSW Head Coach Aaron Coombs was happy with the victory, he was not pleased with how his team played at times during the game, especially on defense.

“We’re not in a position where we can be picky about wins so, I mean, we’ll take it however we can get it,” Coombs said. “Having said that, I’m not happy with how we played. We have to be better. I say this with respect to all of our opponents: You see why we struggle in the league. We can’t guard the ball. We can’t guard the basketball. We’re fortunate that we made a few more plays tonight than they did.”

The Hurricanes struggled early and trailed by five to start the game, but they turned it on after the early deficit and roared out to a 16-point lead in the first half. 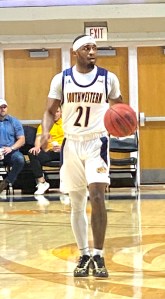 However, GSW came out of the break sluggish and struggled throughout the rest of the game. YHC hung in there and cut the lead down to single digits multiple times in the second half.

However, the Mountain Lions got no further than an eight-point deficit due to timely baskets by the Hurricanes. Jarrett Adderton stepped up his game and led GSW in the second half as the YHC defense keyed in on keeping Kone out of the paint. Adderton led GSW in rebounds with nine and was second in points with 16, earning him Player of the Game honors. Late fouls sent GSW to the free throw line and multiple Hurricanes made their foul shots to ice the game. 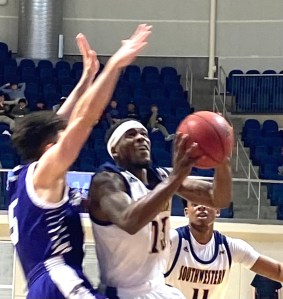 GSW senior guard Donte Tatum (#23) drives into the lane against YHC. Tatum scored 13 points and grabbed five rebounds in the win over the Mountain Lions.
Photo by Ken Gustafson

In addition to Adderton’s 16 points, the Hurricanes had three other players score in double figures. Kone led GSW with 17 points, Donte Tatum poured in 13 and Jacorie Archie scored 10 in the winning cause.

GSW will head to Columbus on Wednesday, January 26, to take on the Cougars of Columbus State (13-4, 5-3 PBC). According to Coombs, toughness will decide the outcome of this game. “The key is going to be who’s tougher,” Coombs said. “They’re talented. They’re big. They’re athletic. It’s going to come down to rebounding. It’s going to come down to who can make some tough plays.” Tip-off for that game is scheduled for 7:30 p.m.