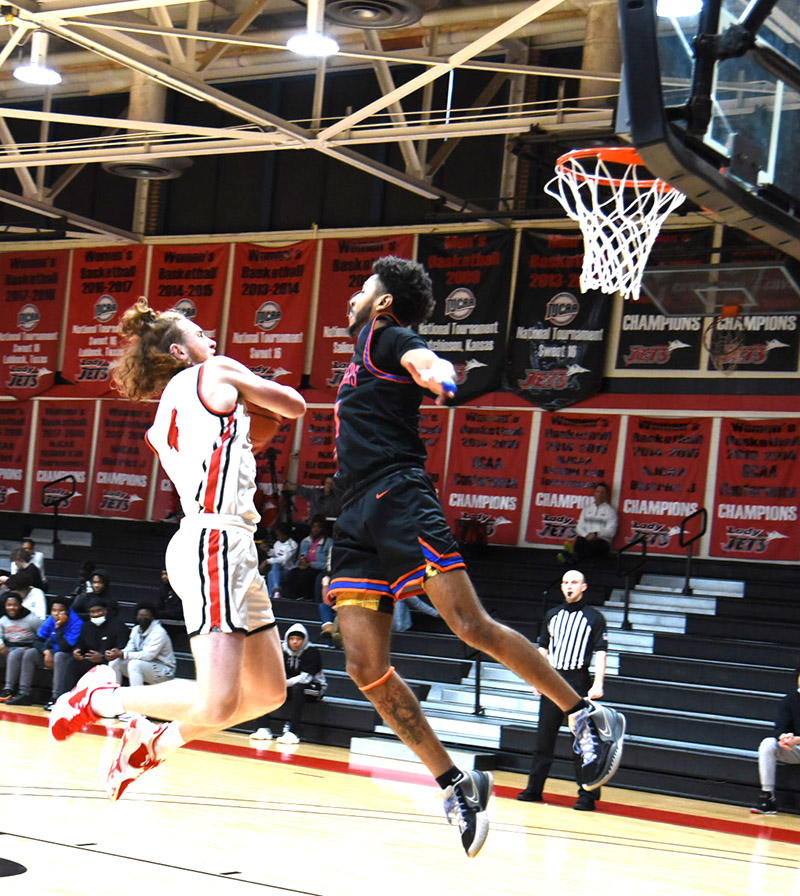 SGTC guard Will Johnston (#4) was named Co-GCAA Player of the Week. Photo by SGTC Athletics

This is the fourth consecutive week and fifth time this season that a South Georgia Technical College athlete has been spotlighted in the weekly awards listings.  Will Johnson, a 6’ 3” point guard from Sydney, Australia was nominated for this honor after he scored 26 points, seven rebounds, two steals, one block and six assists in the Jets overtime wins over the league’s top ranked Georgia Highlands squad.

Johnston is only the second Jets player to be spotlighted as the Player of the Week this season.  His teammate, sophomore guard Marvin McGhee of Atlanta earned the honors in the initial rankings on November 15th.  Three Lady Jets have been nominated for the honor four times.

The Lady Jets will travel to Macon for a conference game on Tuesday, January 24 at 5:30 p.m. Central Georgia Tech’s Lady Titans are currently 2 – 5 and in fifth place.  The Jets travel to Cuthbert on Wednesday, January 25 to play Andrew College at 7 p.m. and then the two teams return home for a double-header on Saturday, January 29. The Lady Jets open at 1 p.m. against Andrew College and the men follow at 3 p.m. in a tough match-up against East Georgia State and former Jets head coach Travis Garrett.