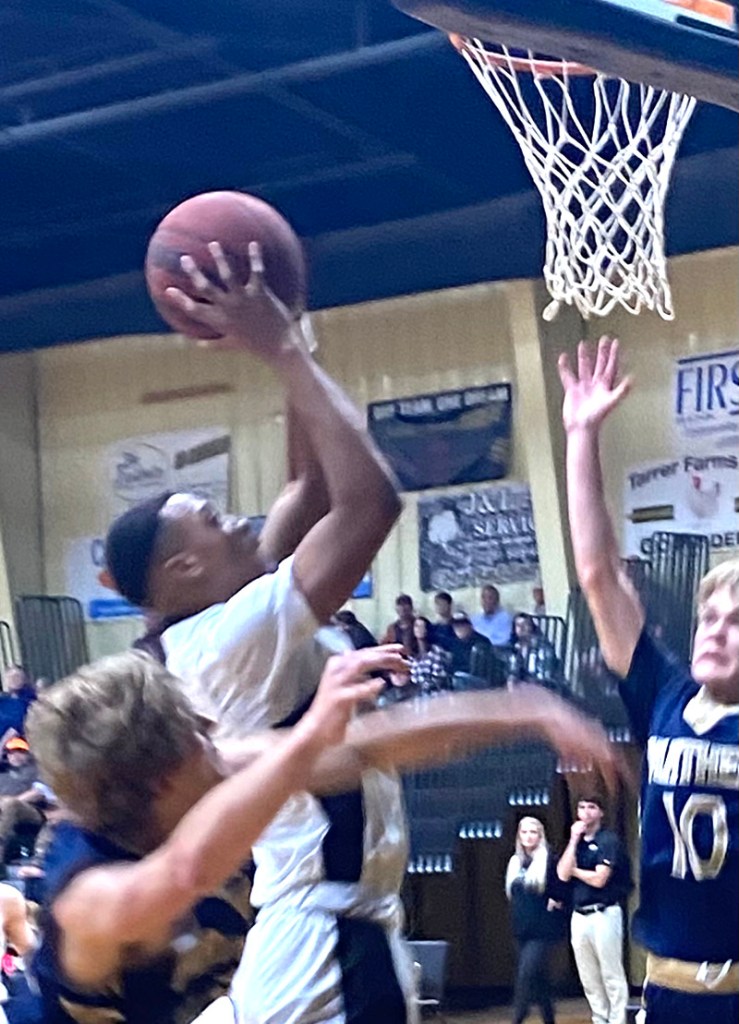 Southland Academy senior forward Carmelo Volley rebounds and goes up to score two of his team-leading 13 points in the Raiders’ 50-23 win over Tiftarea Academy. Photo by Ken Gustafson

AMERICUS – After getting off to a slow start early in the game, the Southland Academy Raiders (SAR) hit their stride from then on out. After leading by 10 at the half, SAR took total control of the contest by shutting out Tiftarea Academy 23-0 in the third quarter en route to a 50-23 victory over the Panthers on Tuesday, January 25 at the Melvin Kinslow Gymnasium. 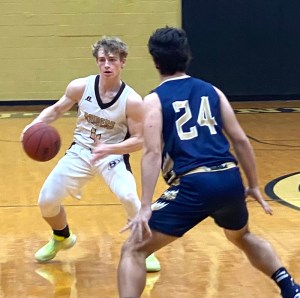 Southland Academy senior guard Hudson Collins (#4) directs the SAR offense. Collins scored three points in the win over the Panthers on a three-pointer in the first quarter.
Photo by Ken Gustafson

Carmelo Volley led the Raiders in scoring with 13 points and Perry Usher was also in double figures with 10. Cedric Smith poured in eight points for SAR and Buddy Brady chipped in six points in the winning cause.

The Panthers jumped out to a 4-0 lead to start the game, but the Raiders responded with a 12-0 run that was capped off by a three-pointer from Perry Usher to end the first quarter. The Raiders were able to score on the inside and from outside as they were able to get baskets by driving the baseline and by hitting shots from the outside. 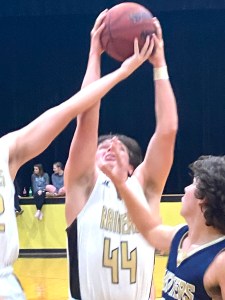 During the first four minutes of the second quarter, the contest was evenly played, but with 1:15 to go before halftime, Banks Simmons made a pass down low to Volley, who scored on a layup to give SAR a 24-14 lead. That ended up being the score at halftime as neither team could score during the last minute of play. 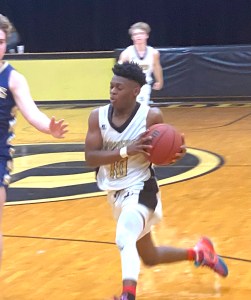 Southland Academy junior guard Cedric Smith pushes the ball up the court for the Raiders. Smith scored eight points in the win over Tiftarea.
Photo by Ken Gustafson

During the first two minutes of the third quarter, the Raiders made a firm statement about the outcome of the game. They went on an 11-0 run over the first few minutes of the third quarter that included three-pointers from Hudson Collins and Carlos Tyson. That was not the end of the run, however, as the Raiders scored four more points to take a 39-14 lead.

Throughout the third quarter, SAR maintained a solid defensive effort in the half court and did not allow the Panthers to score a point the entire quarter. While the

Raiders were holding the Panthers scoreless, SAR’s offense continued to flourish and the Raiders led 47-14 going into the fourth quarter, having outscored TA 23-0 in the third. 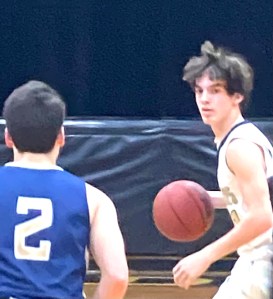 The big lead allowed Foster to give his younger players some valuable experience in the fourth quarter. Luke Exley came off the bench and was able to knock down a three-pointer to help the Raiders salt away their 50-23 victory.

Up next for SAR is a rematch against Brookwood at home on Friday, January 28 at 8 p.m. The Warriors are currently 12-7 overall and they are in second place in the Region 3-AAA standings behind SAR at 4-1. In the last meeting between these two teams in Thomasville a week ago, the Raiders took down the Warriors 55-43. 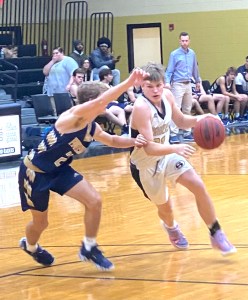 Should SAR defeat Brookwood on Friday, the Raiders will be the #1 seed going into the GISA Region 3-AAA Tournament at the GSW Storm Dome in February.

After their game against the Warriors, the Raiders will have home games against Terrell Academy (1/31) and Westwood (2/1) before they close out the regular season at Crisp Academy on Friday, February 4.