Panthers pull away in fourth quarter to defeat Tift County 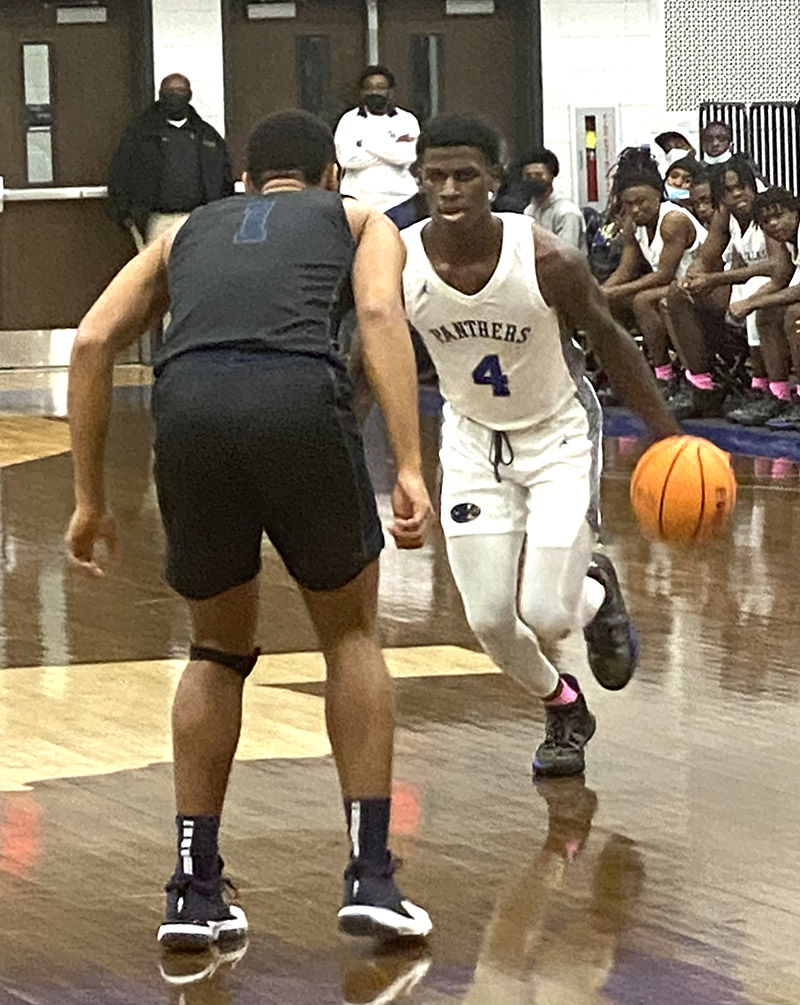 AMERICUS – For the first three quarters of play, the Sumter County Panthers (SCHS) struggled with Tift County (TC) in a non-region contest, but in the fourth quarter, the Panthers stepped up their intensity on defense and knocked down shots on the offensive end. These things led to a 19-7 run by SCHS in the final quarter and it resulted in a 54-41 victory for the Panthers over the Blue Devils on Saturday, January 29 at the Pit on the new Sumter County High School campus.

The Panthers were not able to play a lot of up-tempo basketball in this game like they normally do and they struggled at times in their half court offense. However, SCHS guards D.J. Hurley and Cameron Evans were able to knock down shots in the fourth quarter and the Panthers made seven of 10 foul shots in the final quarter to eventually pull away from TC and seal the victory.

“We didn’t have the intensity that we usually have, but the guys came out and executed plays so we had to go into the half court and execute plays,” SCHS Head Coach Johnny Genwright said. “I told them that it’s time that we move the ball around, knock down shots, take it to the basket and penetrate and kick.”

In the previous meeting between these two teams in Tifton back in December, the Panthers emerged victorious with a 53-48 victory.

Cameron Evans led the Panthers in scoring with 22 points and made four three-pointers on the night. Kyric Davis was also in double figures for SCHS with 14 points and Brandon Pope nearly hit the double-digit scoring column with nine points. 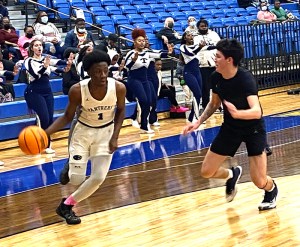 The first quarter was evenly played between both teams, but the Blue Devils had an 11-7 lead going into the second quarter. Over the first three minutes of the second quarter, both teams struggled offensively, but the Panthers trailed 16-9 until Evans drilled a three-pointer with a little over four minutes left before halftime. This seemed to wake up the SCHS offense, as Brandon Pope would hit a three-pointer shortly thereafter, cutting the TC lead to 16-15.

Over the last two minutes of the first half, both teams traded baskets and the Panthers only trailed 25-23 at halftime.

Kyric Davis tied the game when he scored on a layup just moments into the third quarter, but both teams went scoreless over the next minute and a half until Oashia Cushion scored and converted a three-point play to give TC a 28-25 lead.

However, the Panthers responded with a 5-0 run that was capped off by a basket from Devon Dowdell and it prompted TC to call a timeout with 4:03 to go in the third quarter.

Out of the timeout, the Blue Devils scored to tie the game, but Evans drilled another three-pointer to give SCHS a 33-30 lead. Over the remaining minutes of the third quarter, both teams struggled to score, but the Panthers had a 35-34 lead going into the final quarter. 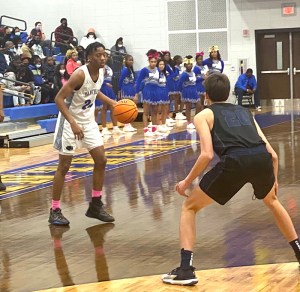 The Panthers struck first in the fourth quarter when D.J. Hurley drained a three-pointer at the 7:14 mark to give SCHS a 38-34 lead. This prompted TC to call another timeout. However, out of the timeout, the Blue Devils turned the ball over and Evans made them pay with another three-pointer to give the Panthers a 41-34 lead.

Over the next few minutes, the Panthers were able to limit TC’s offense with strong half court defense and they were able to increase their lead to as much as 11 points with a little more than two minutes left in the game.

With 1:12 left to play, the Blue Devils tried a man-to-man, full-court press to force turnovers, but the Panthers were able to handle it and would go on to win by the score of 54-41.

Torrance Galmer led the Blue Devils (9-11) in scoring with 13 points and Henry Gebhart chipped in nine points in the losing cause.

The Panthers will step back into region play on Tuesday, February 1 when they travel up to Zebulon, GA to take on the Pirates of Pike County. Tip-off is scheduled for 7:30 p.m.