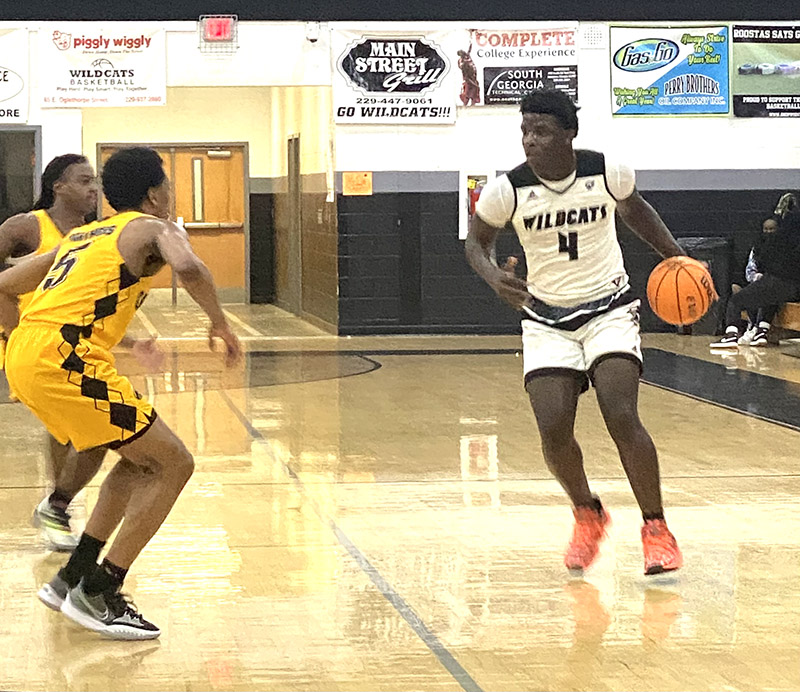 ELLAVILLE – After earning a split last weekend on the road with a 49-36 victory at Marion County and a 71-39 loss at Manchester, the Schley County Wildcats (SCHS) hosted Chattahoochee County (CHATCO) on Monday in a make up game that was supposed to have been played on Friday, January 14. The Wildcats were hoping to get themselves back on track against the Panthers after the loss at Manchester, but turnovers and cold shooting from the field doomed the Wildcats and led to a 49-26 loss to CHATCO.

With the loss, the Wildcats drop to 9-9 overall and 7-8 in the Region 5A-Public standings.

Zayden Walker led SCHS in scoring with six points and Cameron Barnes, Trypp Lumpkin and Jordan Hudson each scored four points in the losing cause.

As for the Panthers, they improve to 13-5 overall and 10-3 in the Region 5A-Public standings. Dexter Holloman led CHATCO with 22 points and he shot a perfect eight for eight from the foul line. 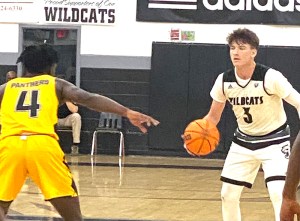 After a low-scoring first quarter, the Wildcats trailed 7-5, but in the second quarter, CHATCO scored six unanswered points before Walker scored on a layup for SCHS to make the score 13-7 in favor of the Panthers.

For the remainder of the second quarter, the Wildcats struggled with turnovers and they struggled to score against CHATCO’s defense, as they went cold from the field. These factors resulted in a 22-10 lead for the Panthers at halftime.

The Panthers outscored the Wildcats 8-4 over the first four minutes of the third quarter before SCHS guard Jeremy Hamilton drained a three-pointer to make the score 30-17 in favor of CHATCO. However, the Panthers went on another 6-2 run that was capped off by a three-point play from Holloman. For the remainder of the third quarter, SCHS continued to struggle offensively, while the Panthers continued to score and would lead 41-19 with one quarter to play. 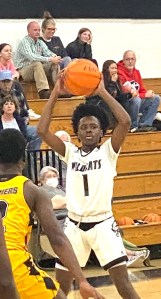 Early in the fourth quarter, the Wildcats tried to be patient on offense and worked the ball around the perimeter, looking for the good shot. As a result, they were able to score six unanswered points and cut their deficit to 41-25 with four minutes to play.

However, due to cold shooting and turnovers, the Wildcats were not able to crawl back any further and went on to lose to CHATCO by the score of 49-26.

SCHS will host Greenville on Friday, February 4 on Senior Night at 7:30 p.m.