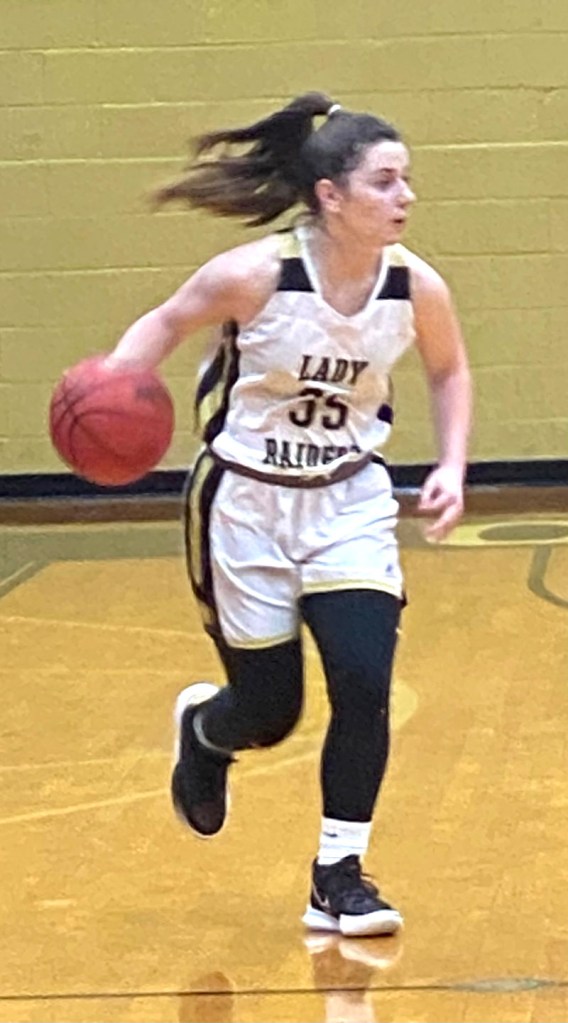 AMERICUS – The Southland Academy Lady Raider Basketball Team (SAR) may be peaking at the right time as the postseason approaches. The Lady Raiders extended their winning streak to four with a 43-33 victory over Terrell Academy (TA) on Monday, January 31 at Southland’s Melvin Kinslow Gymnasium.

The defending GISA Class AAA state champions were led in scoring by Riley Mitchell, who poured in 18 points against the Eagles. Mary Beth Easterlin almost hit the double-digit column by scoring nine points and Jadie Burrell had eight points in the winning cause.

With the win, SAR improves its overall record to 11-10 with two more regular season games before next week’s GISA Region 3-AAA Tournament at the GSW Storm Dome. As for the Eagles, they fall to 11-9 on the season. Emilee Moore led TA in scoring with 12 points.

The Lady Raiders will host Westwood Tuesday night, February 1 at 6:30 p.m. It will be Senior Night at Southland Academy and Anslee Weldon, Emma Kate Hayes, Jadie Burrell and Brooke Weisner will be honored for their accomplishments over the past four years.