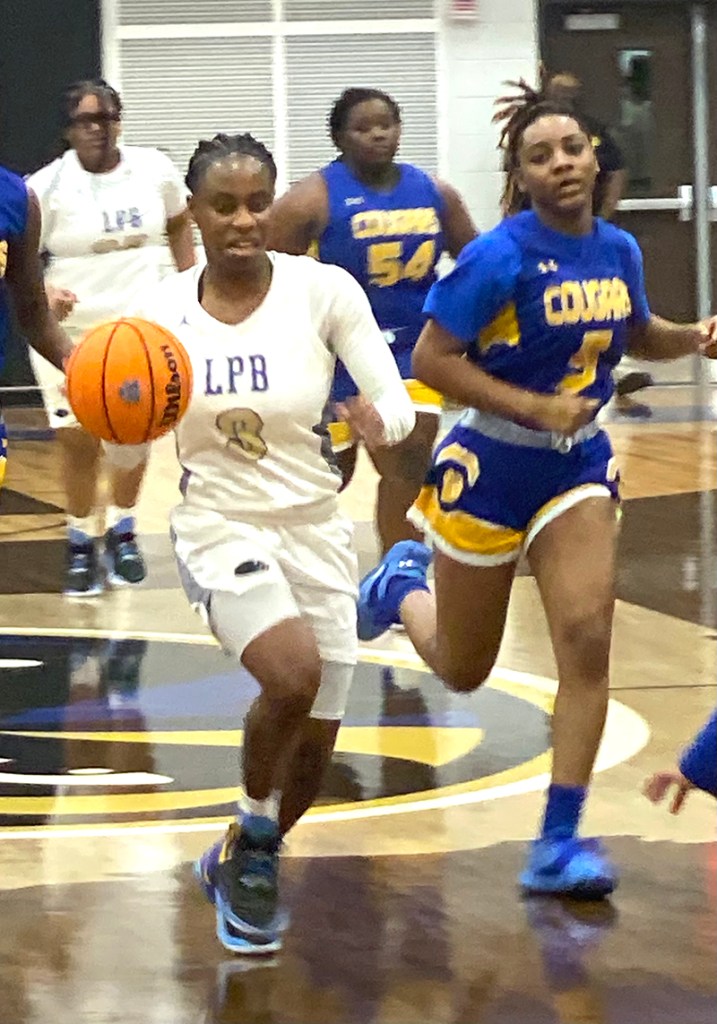 AMERICUS – After their 52-32 victory over Mary Persons the night before, the Sumter County Lady Panthers (SCHS) came into Saturday night’s Senior Night contest against Crisp County (CCH) ready to send its three seniors, Trinity Jackson, Tiffani Goodman and Kaylin Holley, out on a positive note with a win over the Lady Cougars in the second act of the “Battle of the Flint” series between these two archrivals. Starting from tip-off, the Lady Panthers quickly established control of the game in the first quarter by going on a 14-4 run. This run set the tone for the rest of the contest. The Lady Cougars made short runs early in the third and fourth quarters, but SCHS was able to withstand those runs and would cruise to a 51-37 victory over CCH on Senior Night, February 5 at the Pitt Gymnasium.

Back on Saturday, January 15, the Lady Panthers edged out CCH 47-46 in Cordele.

With the victory, SCHS concludes the regular season with a record of 19-6 overall and 14-0 in Region 2-AAA competition. As a result of their perfect region record, the Lady Panthers will be the #1 seed in the Region 2-AAA Tournament and will play in the tournament semifinals on Thursday at home at 7 p.m.

“It’s always about the win,” SCHS Head Coach Sherri Harris said. “I thought we played really well as a team. They (CCH) were trying to do a lot of doubling and tripling and taking the ball out of Trinity and Tiffani’s hands, but we were able to come through. Clemons stepped up and made a lot of baskets.”

Coach Harris was referring to her junior guard Aviyonna Clemons, who scored 14 points to help lead the Lady Panthers to victory. Goodman was the leading scorer for SCHS with 17 points and Jackson poured in 12. The other senior, Kaylin Holley, scored five points for the Lady Panthers in the winning cause. 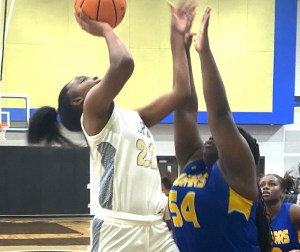 SCHS quickly jumped out to a 6-0 lead to start the game and would eventually take a 14-4 lead in the latter minutes of the first quarter. During this period of the game, the Lady Cougars struggled to score from the field, which made it easier for the Lady Panthers to continue building their lead. As the first half continued, SCHS continued to dominate and went on another 14-4 run that included a basket from Holley. The Lady Panthers did not have to use full-court pressure to force turnovers in this game like they have in the past due to the fact that CCH was struggling to score points and the Lady Panthers were playing with more aggressiveness on both ends of the court.

Goodman led the Lady Panthers in first half scoring with 11 of her game total of 17 points.

CCH went on a 5-0 run early in the third quarter that was capped off by a basket from Micaylen Holmes, but the Lady Panthers responded with a three-pointer from Holley to give themselves a 38-20 lead. During the remainder of the third quarter, both teams traded baskets, but by the beginning of the final quarter, SCHS had a 45-27 lead. 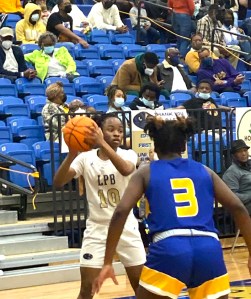 CCH scored four unanswered points to start the fourth quarter and they would cut the SCHS lead to 47-35 on a fast break basket by Marlasia Wilson. However, the Lady Panthers were able to withstand that run and went up 51-37 on a basket from Jackson. Both teams struggled turning the ball over during the final minutes of the game, but the Lady Panthers would hold on for the 51-37 victory.

Micaylen Holmes led CCH in scoring with 17 points and Jadah Mumphrey had 13 for the Lady Cougars.

As the #1 seed in the Region 2-AAA Tournament, the Lady Panthers will get an automatic bid into the tournament semifinals and will host their semifinal game on Thursday, February 10 at 7 p.m.