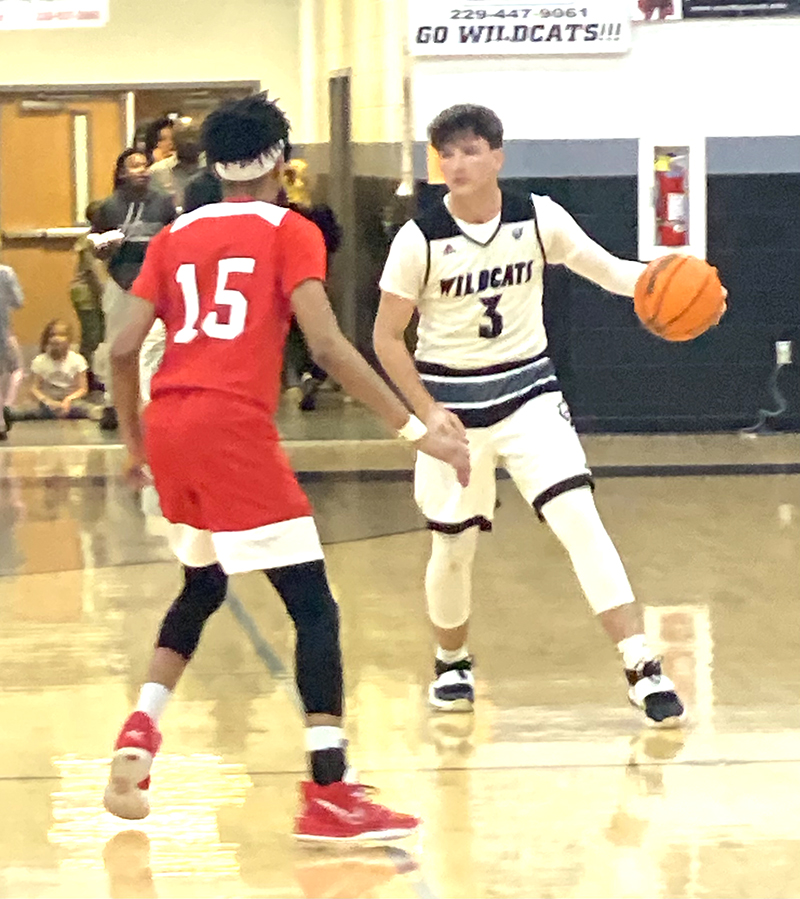 ELLAVILLE- It was a strategy that worked to perfection. With a little over a minute to go in overtime, the Schley County Wildcats (SCHS) we’re tied at 56-56 with Greenville, but being that the game was being played without a shot clock, SCHS Head Coach Ernest Scott instructed his team to hold the ball until five seconds left on the clock and then make their move to score. SCHS senior point guard Trypp Lumpkin did just that. Then with five seconds left, Lumpkin started to run a play and the ball would eventually go to Javoris Scott, the coach’s son, who drove the baseline and was fouled with 2.4 seconds left. Scott was able to make one of the two free throws to secure a thrilling 57-56 victory for the Wildcats on Friday, February 4 at Schley County High School on Senior Night.

All five SCHS seniors, Bryce Blalock, Cameron Barnes, Trypp Lumpkin, Luke Saia and Jeremy Hamilton, we’re sent out with a victory that they will never forget. 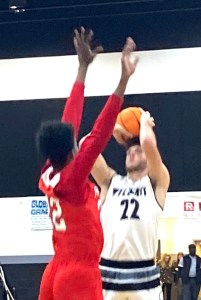 When asked if he was surprised that Greenville (GHS) didn’t come out to challenge Lumpkin or at least foul earlier to save time on the clock, Scott replied that he was surprised and commented that GHS point guard Elijah Wright was trying to get the GHS coach to allow them to come out and challenge, or at least foul with more time left. “I guess the coach was banking on us missing the free throws and going into a second overtime and it didn’t work out that way,” Coach Scott said.

With the victory, SCHS finishes the regular season with an overall record of 10-9 and 8-8 Region 5A-Public competition. As for the Patriots, they fall to 8-13 overall and 7-7 in the Region 5A-Public standings.

Cameron Barnes led the Wildcats with 11 points and Clinton Jackson, Luke Saia and Zayden Walker each scored eight points in the winning cause.

GHS had three players score in double figures. Montavious McGhee led the Patriots in scoring with 21 points, Elijah Wright poured in 19 and Quitavious Kelly scored 11 in the losing cause.

In the early moments of the game, it was a back-and-forth affair between both clubs, with GHS leading 7-6. However, the Wildcats scored eight unanswered points to take a 14-7 lead. Then with 10 seconds left in the first quarter, Tyrese Cook drilled a three-pointer to give SCHS a 17-9 lead at the quarter’s end.

Both teams struggled offensively in the early minutes of the second quarter, but Jordan Hudson gave the Wildcats a 19-11 lead when he grabbed an offensive rebound and scored with close to five minutes left before halftime. 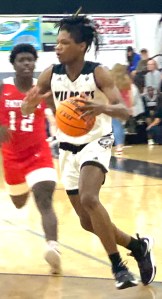 The Patriots tried a half court trap on a couple of occasions in the second quarter, but SCHS was able to handle the trap and would take a 22-12 lead on a three-pointer from senior Luke Saia. Over the final three minutes before halftime, the Wildcats stepped up their defensive pressure and scored four unanswered points before GHS guard Montavious McGhee drained a three-pointer to bring the Patriots to within 11 at 26-17.

Over the final 20 seconds before halftime, the Patriots had chances to cut their deficit even further, but they missed some easy shots on the inside and Lumpkin blocked Elijah Wright’s shot as he was going in for a fast break layup. Then as the seconds were winding down to end the first half, the Wildcats made GHS pay for those easy misses when Saia banked in a three-pointer at the buzzer to give SCHS a 29-18 lead at the half.

However, GHS wasn’t going away. The Patriots went on a 5-3 run in the third quarter and cut the Wildcats’ lead to 32-24. GHS had more opportunities in the third quarter to cut their deficit even closer, but could only make two of seven free throws in the quarter. Meanwhile, the Wildcats continued to struggle offensively in the third quarter and began to struggle with the full-court press of GHS. With a little over two minutes left in the third, the Patriots were able to force some turnovers with that press and got to within five at 32-27. GHS continued to cause problems for SCHS with its press and would eventually get to within two at 32-30 when Wright scored on a fast break. Shortly thereafter, Wright tied the game in the waning seconds of the quarter to complete a 14-3 third quarter run by the Patriots.

The Wildcats finally broke their lengthy scoring drought when Clinton Jackson hit two free throws in the opening minute of the fourth quarter, giving SCHS a 34-31 lead. However, SCHS continued to struggle from the field against the GHS defense and its full-court press. As a result, the Patriots were able to jump out to a 37-34 lead before Cameron Barnes scored for SCHS off an assist from Lumpkin with 5:02 to go in regulation.

Over the next minute, the Wildcats continued to struggle offensively until Zayden Walker got a steal and scored on a fast break basket to bring SCHS to within one at 39-38 with 4:07 left in the game. It appeared that this play was going to turn the momentum back towards the Wildcats, as Jackson would score off an in-bounds pass shortly thereafter. However, GHS used its press to force turnovers and took a 46-42 lead until Walker scored for SCHS to cut its deficit to two. Walker was fouled on the play, but couldn’t make the free throw for the three-point play. Shortly thereafter, the Patriots scored to go back up by four at 48-44.

After a couple of missed shots on their next possession, the Wildcats took advantage of second chance offensive rebounds when Walker scored to cut the SCHS deficit to 48-46 with 1:10 to go. This prompted Scott to call a timeout to set up his defense. 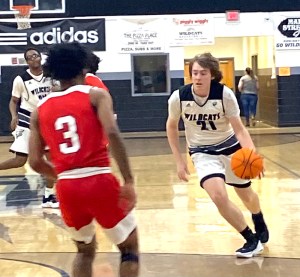 Out of the timeout, the Wildcats forced a turnover when Wright was double teamed and was called for traveling. This gave SCHS 38 seconds to tie or take the lead. After forcing another turnover, SCHS took a 49-48 lead on a Javoris Scott three-pointer, electrifying the SCHS fans in the building. Scott then got a steal and drove the length of the court, but could not get his shot to go. This gave the Patriots a chance to tie or win the game and with 1.3 seconds to go. Breshawn Hall was fouled and had an opportunity to give the Patriots the lead and possibly the victory in regulation, but he could only make one of his two foul shots to send the game into overtime.

Over the first minute and a half of the extra session, both teams traded baskets, but Wright was able to knock down two foul shots to give GHS a 55-54 lead with 2:31 to go.

On their next possession, the Wildcats took the lead on a basket from Jackson. GHS would tie the game at 56-56 shortly thereafter on a free throw from Wright, but on the Wildcats’ next and last possession, being that a shot clock was not being used, SCHS decided to run the clock all the way down to five seconds left before Lumpkin made his move to start the play that would bring about the winning basket. The ball eventually found its way to Javoris Scott, who drove baseline and was fouled with 2.4 seconds left. Scott made one of the two foul shots to give SCHS the lead, but the Patriots still had 2.4 seconds left to come up with a winner.

However, the in-bounds pass went past midcourt and out of bounds, giving the ball back to the Wildcats with no time running off the clock. That turnover would end up sealing the victory for the Wildcats and when the horn sounded, the SCHS students stormed the court to celebrate with their fellow student-athletes.

With the regular season now completed, the Wildcats will turn their attention to the upcoming Region 5A-Public Tournament this coming week. The date, time and location of where the Wildcats will play their first region tournament game is still to be determined. Stay tuned to the Americus Times-Recorder for more information.