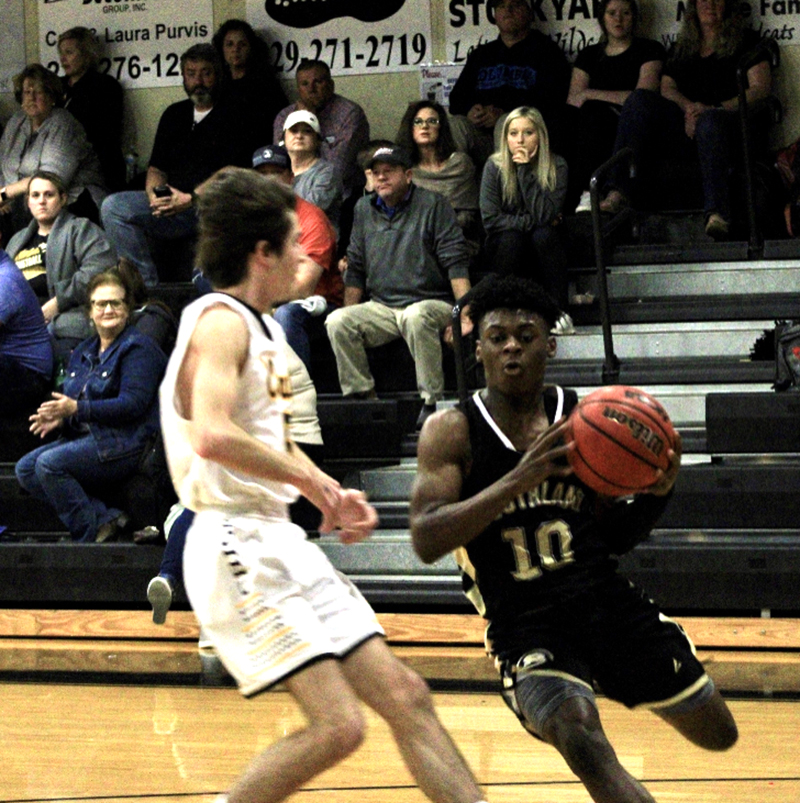 Southland Academy junior shooting guard Cedric Smith (10) tries to blow by his Crisp Academy defender. Smith led the Raiders in scoring with 13 points in the win. Photo by Kayla Hudgins

With the win, the Raiders finish their regular season with a record of 20-1.

Three SAR players scored in double figures in this game. Cedric Smith led the Raiders with 13 points, John Henry Crisp had 12 and Carlos Tyson chipped in 10.

SAR will play its first game of the GISA Region 3-AAA Tournament on Tuesday, February 8 against Valwood at the GSW Storm Dome at 8:30 p.m.