Panthers improve to 2-0 with dominating win over Crisp County 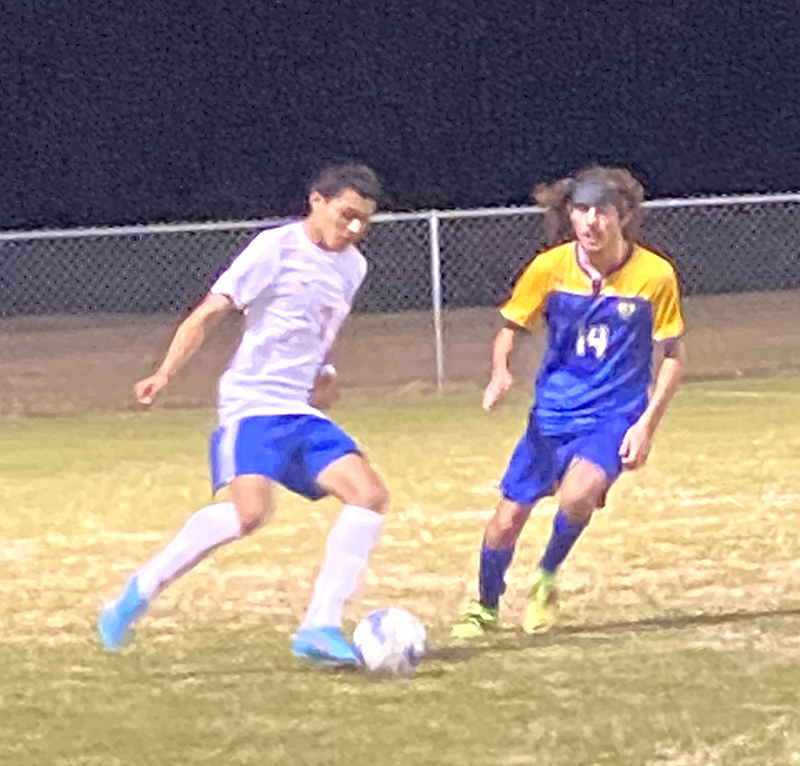 Sumter County senior forward Jesus Rodriguez (7) scored the first goal of the match off a cross from Roberto Gonzalez. Photo by Ken Gustafson

CORDELE – The Sumter County Varsity Boys’ Soccer Team (SCHS) improved to 2-0 on its young season with a dominating 3-0 win over Crisp County on Friday, February 18 at Crisp County High School.

This was a match that was mostly evenly played between both teams in the first half, but in the closing minutes of the half and for most of the second half, the Panthers ratcheted up their aggressive play and dominated most of the ball possession, which enabled them to cash in on three goal-scoring opportunities and to create several more.

“There were some things we were trying to improve on. Crisp County played fairly aggressive on the ball and they had a lot of first touches. They really came at us,” SCHS Head Coach Michael Pepito said. “We were trying to press them wide and push our wings out to get the ball across and through the middle to see if we could get some scoring. All in all, they (CCH) played a lot of men down (dropped their defense back with nine in the box), which was very challenging, so it was new to my guys. We had to learn how to be a little bit more patient and take the chances if we saw them, which, I think, we missed a few, but we’re going to keep working at it,” Pepito continued. 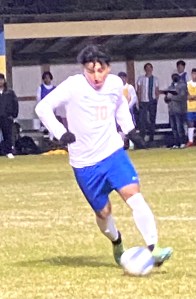 For much of the first half, both teams enjoyed a good bit of the run of play and both teams had chances to score. However, the Panthers got on the board first with a goal by Jesus “Chuchies” Rodriguez, who scored off a cross from Roberto Gonzalez. Then in the 21st minute, the Panthers doubled their lead when Gonzalez took a shot that glanced off a CCH defender and into the back of the net. In the waning minutes of the first half, Rodriguez nearly netted his second goal of the match, but his shot was saved by the CCH goalkeeper. SCHS continued to apply pressure on the Cougars’ back line in the last minute of the half, but couldn’t convert a third goal. As a result, both teams went into halftime with the Panthers leading 2-0.

However, it didn’t take long for the Panthers to add to their lead. With just a couple of minutes into the second half, SCHS once again applied pressure to the CCH back line and won a corner kick. Then off of that corner kick, Leo Diaz got his foot on the ball and scored to give SCHS a 3-0 lead. Diaz had another chance to earn his second goal of the match a few minutes later, but his shot was missed. 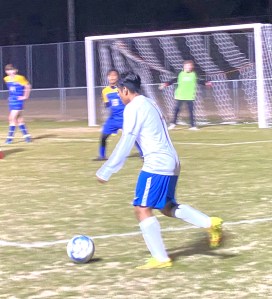 Sumter County sophomore Leo Diaz (17) looks to find a teammate to try and set up a goal-scoring opportunity.
Photo by Ken Gustafson

During this period of the match, the Panthers had most of the possession and were owning the run of play. As the second half continued, the Panthers continued to put the Cougars’ defense under siege and created more chances to add to their lead, but were unable to do so. In the closing minutes of the match, the Cougars nearly got on the scoreboard, but were denied thanks to a diving save from SCHS Goalkeeper Evan Garcia.

The Panthers (2-0) will try for their third straight victory when they travel over to Montezuma to take on the Bulldogs of Macon County on Tuesday, February 22. Kickoff is scheduled for 7:30 p.m.