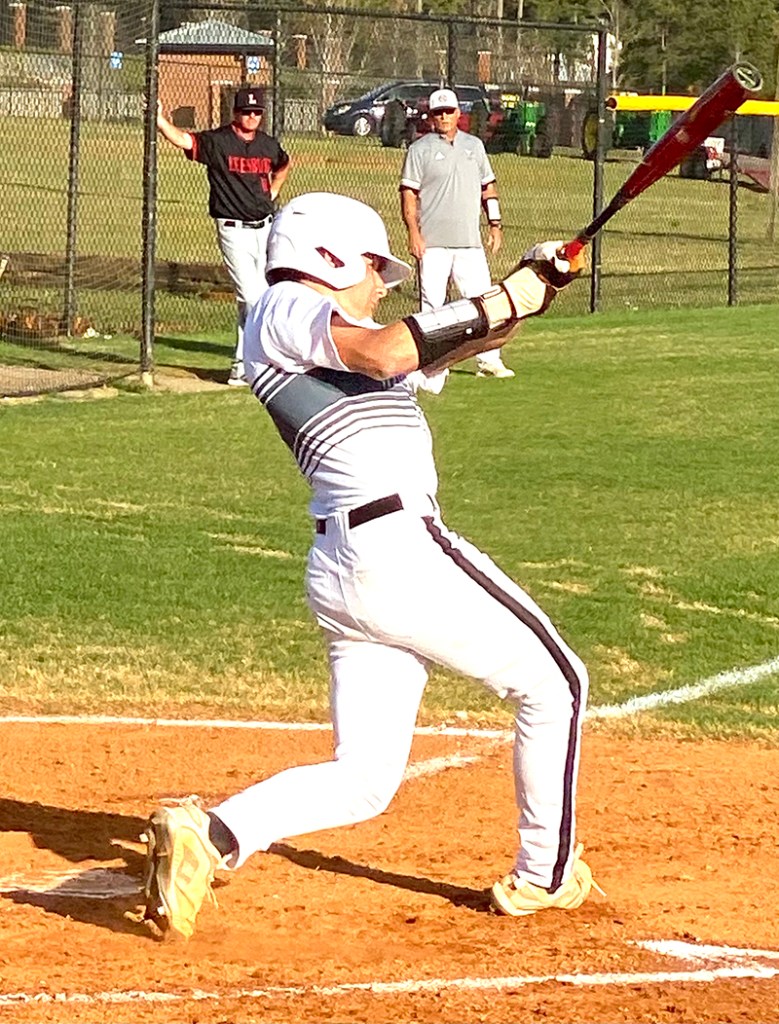 Schley County senior Trypp Lumpkin drove in the winning run on a walk-off fielder’s choice to complete a 3-2 come-from-behind victory for the Wildcats over Peach County. ATR Archive

ELLAVILLE – The Schley County Wildcat Baseball Team (SCHS) is off to a 2-0 start in the 2022 season. The Wildcats drubbed Chattahoochee County 12-0 in their season opener on Tuesday, February 15 and followed that up with a 3-2 victory over Peach County two days later on a fielder’s choice RBI by senior Trypp Lumpkin.

In the season opener against Chattahoochee County, SCHS pitchers Owen Lamb and Ashton Raybon combined to no hit the Panthers and combined for 12 strikeouts, while Jack Clark drove in four runs for the Wildcats by gong 2 for 3 at the plate with two singles and a double.

In their win over Peach County on Thursday, February 17, the Wildcats held PCH scoreless for five innings before the Trojans responded with a run in the sixth and another in the seventh to take a 2-0 lead. However, the Wildcats found a way to stage a come-from-behind victory in the bottom of the seventh. The Wildcats were able to take advantage of two walks and an error and had runners on second and third with one out. Owen Lamb then reached on an error that allowed two runs to score to tie the game.

After the Trojans decided to intentionally walk Jack Clark to load the bases and hope for a double play ball, Trypp Lumpkin grounded into a fielder’s choice that allowed Brodie Fuller to score from third to complete the comeback 3-2 victory for SCHS.

The Wildcats will try to improve to 3-0 when they host Central Talbotton on Friday, February 18 at 5 p.m.