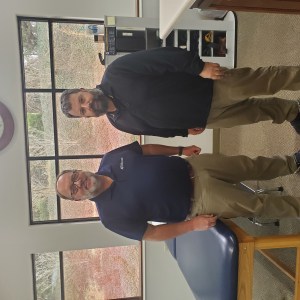 It is no doubt the Laws have been loved well in Sumter County. This has been something we have grown good at as they have been our neighbors for decades. They, like many Sumter Countians before them, have fought battles and in the fighting found a way to wring the good for the entire community. We reap such a goodness today.

In 2005, a 34-year-old Americus Fire Department employee, Scott Law answered a call of a fire at Lee Street Methodist Church. In his work, his head was hit with debris and a CT scan would be needed to ensure he had not suffered a concussion. While the scan indicated Scott had not endured a concussion, it did indicate he had a brain tumor. According to Tracy Law, Scott’s older brother, there had been no sign or thought he might have any health concerns, and certainly not a brain tumor. With the typical fighting spirit of a fireman, Scott began the odyssey which often begins with a diagnosis of cancer. Although the beginning days brought the hope of the tumor responding well to treatment, the days began to provide a much clearer picture, and Tracy says Scott was finally determined to have one of the most aggressive brain tumors. It would strike hard and fast. However, there was a group of people who also struck hard and fast and the good brought forth in their response continues to speak. 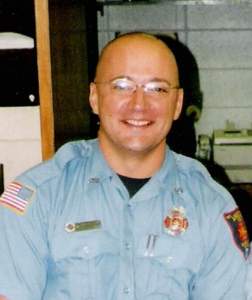 The Americus Fire Department, as the Americus Fire Department (AFD) still does, suited up in their best efforts and rallied around their brother, Scott. Tracy, although a brother by blood, is very quick to call firemen a brotherhood with the power to shape a life. Scott’s was such a life. In Tracy’s words, “When he became a fireman, he found his calling. That is exactly what he wanted to be, and he loved it. He loved being a fireman and working with those guys.” Neither Scott’s personal brother, nor his professional brothers were going to let him battle alone. AFD took Scott’s and the Law’s story and made it their own. They invested their time, skills and love into fundraising on Scott’s behalf. They stood with the Law family. AFD would go forward into our community offering opportunities for us to join in the fight as well. AFD’s efforts to raise money were plenty and intentional. Their personal sacrifices included the AFD employee’s sick and vacation time. The fight was a worthy one. In the end, AFD gave not only time and emotional support to Scott, but they also raised about $63,000. Scott was a newlywed, and his wife, Rebecca, a nurse. The $63,000 allowed Rebecca to stay home to care for Scott. Tracy considers this a magnificent gift. Scott was able to fight from home. He would not have to fight from a nursing home or an assisted living facility. Because of Rebecca’s knowledge and loving care, the AFD made it possible for her to make Scott her only patient. Scott’s battle would go forward about two years, and in January of 2007, having proven himself a warrior in only the way cancer patients can, he died at the age of 36.

Scott’s body might have been overwhelmed, but there was no overwhelming his spirit, nor would the good in this situation be silenced. Tracy refers to Scott as a “giant of a person with a gentle soul, loving, fun and a great person.” Tracy has a hard time putting into the words the impact the AFD had, not only on Scott, but his entire family. “That group of men and women took so much care. They did stuff that meant so much to us. There isn’t a greater bunch of people in the world than the AFD, they took care of my mother, they stepped in to help my family in any way they could.” The AFD bond and their goodness would be strong and long lasting.

Tracy owns and works at Accelerated Physical Therapy in partnership with Alex Saratsiotis. Together, they made sure the goodness they saw in the AFD would continue to go forward in the form of the Scott Law Foundation. In 2010, a board was gathered, and ideas exchanged on how the foundation could do what the AFD had done. Their first fund raising event was the Jog and Jam and it took place in March of 2011. The race caters to walkers, joggers and runners who enjoy either a one-mile fun run or a 5k run. The event was made extra special by being hosted during the evening hours and taking a unique route. A runner will start on Hampton Street, go along East Lamar turn on Forsyth by Goo-Goo Car Wash and then come back to the starting place. Tracy laughs as he mentions the last half of the race as this is where the runner will notice an uphill incline and grit is needed. Tracy has experienced runners tell him it is one of the best and toughest courses around. Tracy says this is due to how special Americus is. “There is nothing better than running or walking the streets of Americus. It is tough, but they love it. You run past restaurants you eat at every day, people are cheering you on, the traffic is stopped for you and even the police help you go. It is different than anything else. You’re running through the streets of Americus!”

Tracy and Alex know they are not able to give a $63,000 gift to one person. However, they are very aware they are able to offer something, and that something is so precious to the person receiving it. It is a part of a goodness which started with a cancer battle beginning in 2005, and the goodness is winning still. In 12 years, the Scott Law Foundation has helped 165 recipients with donations over $120, 000. All of this because some sponsors and some runners intend to make sure the goodness continues to go forward. By the foundation’s design, the dollars are invested in Sumter and surrounding counties. The board has approved funds for items as vital as treatment, as needed as wheelchair ramps and as life giving as small vacations so a patient and their loved ones can catch their breath. The mission of the Scott Law Foundation is not a small one, but detail is paid to every effort. They “provide direct financial assistance to Sumter and surrounding county residents suffering from cancer or other life-threatening illnesses.”  Tracy and Alex extend a special gratitude towards their sponsors. Although they may not dress out for the run, they provide the largest impact on what the foundation can offer financially. The runners also give funds to participate in the race. Tracy remarks Global Graphics is especially kind in their efforts through T-shirts and banners, while Americus Glass Blowing provides trophies with a treasured local flair. 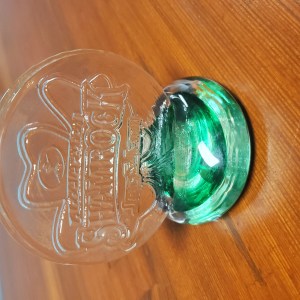 Tracy and Alex make sure the young runners are treated with much fanfare. They receive a medallion marking their contribution to the effort. Tracy remarks, “It makes our hearts feel good to see that. It’s a lot of fun. We try to do a lot of that, making the kids feel happy and successful.”

Good stuff, right? It is indeed a goodness worthy of growing a foundation upon. It is absolutely a goodness that started as an effort on behalf of a beloved brotherhood and has extended counties and families wide. Want to be part of the goodness? Sponsor the event at the $100, $500 or $1000 level. Put your sneaks on and take to the streets of Americus by registering at RunSignup.com. Consider making the Scott Law Foundation your loved one’s choice of memoriam destination. Celebrate a fireman. Cheer a runner on. Remember you have a friend in the Scott Law Foundation should you find someone in need of their assistance.

Family. Firemen. Foundation. All have a strong voice for good. Tracy, Alex, along with their board, would cheer for you to keep living and speaking the good. There is a battle, there will most certainly always be a battle to fight. But it never ends there. Long after the battle is over, there is something precious to be mined. Never let the precious go unearthed. Never let the goodness be silenced.

The 10th Shamrock Jog and Jam will take place Saturday, March 5th. After a two-year hiatus due to COVID, a much-needed burst of fresh air is needed. If you have any questions or would like to have your name attached to such a special mission by sponsorship, call Tracy Law at 229.924.9595 or Fred Richmond at 229.942.2767 or simply stop by Accelerated Physical Therapy at 205 East Lamar Street.