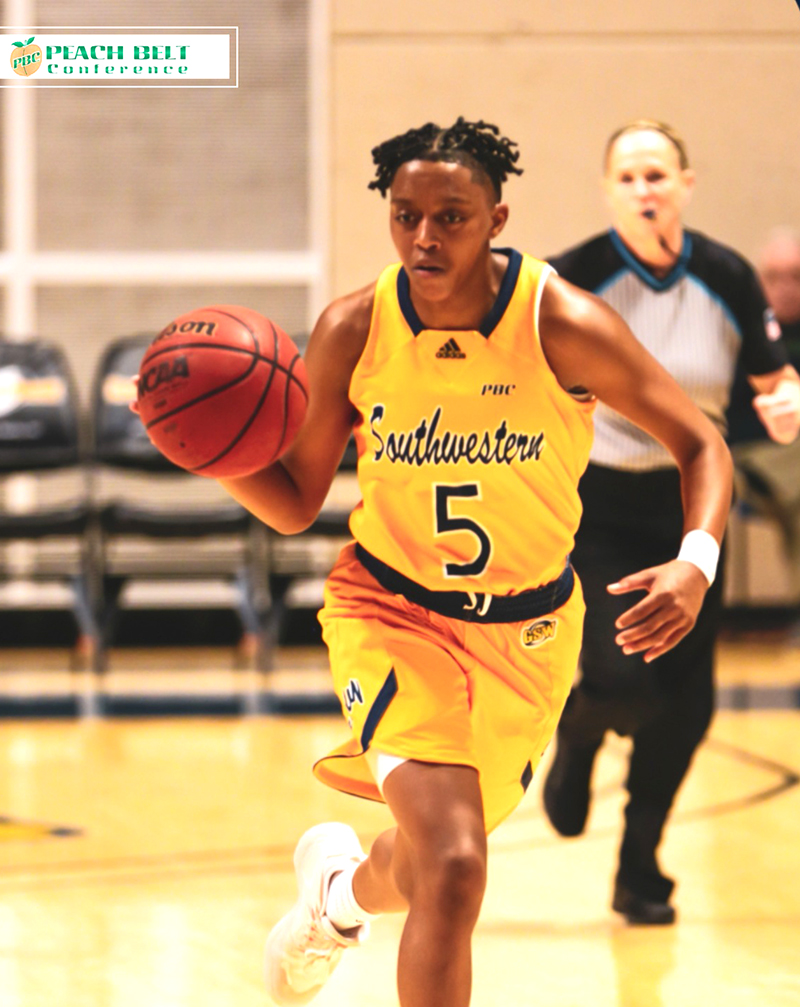 GREENWOOD, SC – The Georgia Southwestern State women’s basketball team (GSW) was missing two starters in their road contest against 10th ranked Lander University on Saturday afternoon. The Lady Canes battled hard, but ran out of gas late in the game and fell to the LU Bearcats 65-53 on Saturday, February 19. The loss is the second straight for the Lady Hurricanes and it’s the first time all season the GSW has dropped two straight contests.

Kayla Langley led the Lady Hurricanes in scoring with 23 points and had two steals and five rebounds to add to her stat line. GSW only trailed by one at halftime and just three at the end of the third quarter. Missing two starters and a few bench pieces GSW ran out of gas in the fourth getting outscored in the quarter 19-10.

The Lady Hurricanes will have two more guaranteed games a mid-week battle on the road at Clayton State to close out the regular season. The final guaranteed game on GSW’s schedule is when they will host their first-ever Peach Belt Conference game in the Storm Dome.