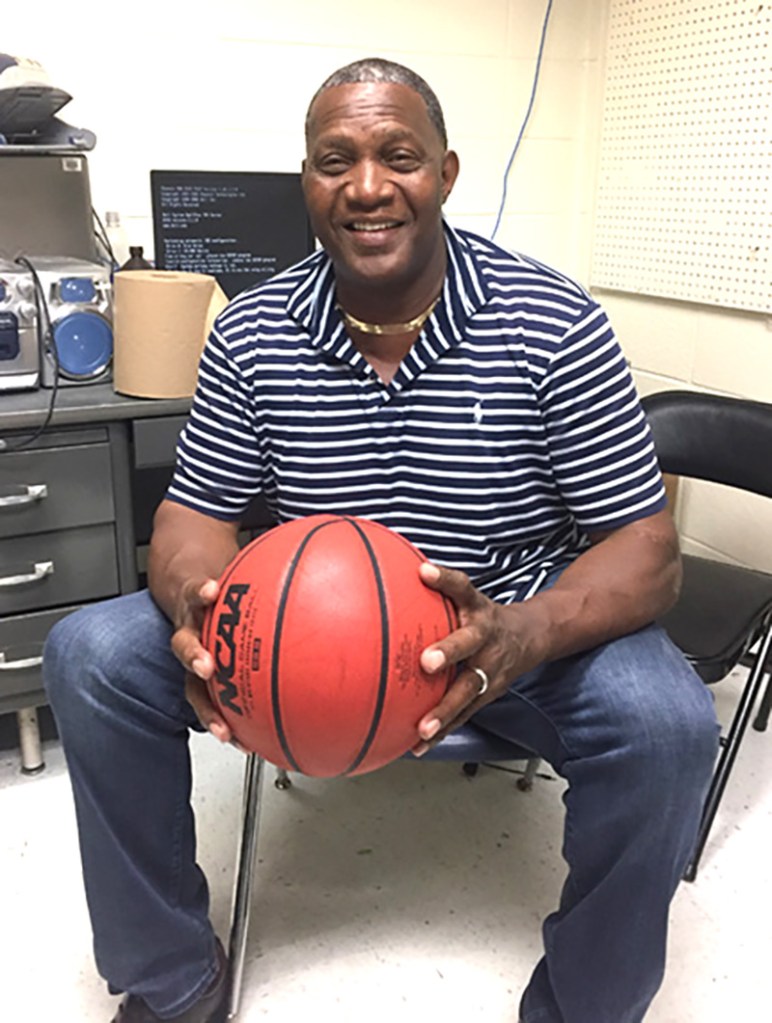 Sumter County Parks and Recreation Athletic Manager Dwight Harris has overseen youth recreational basketball during the school year and has also developed players through his summer basketball league over the past 10 years. This has led to the success of our local high school boys’ and girls’ basketball teams. ATR Archive

AMERICUS – This year’s high school basketball season at all four of our local high schools that play basketball has been a tremendous success. Both the Sumter County girls and boys teams have advanced into the second round of their respective GHSA Class AAA state tournaments, the Southland Academy boys’ team made it to the state semifinals of the GISA Class AAA State Tournament and the Schley County High School girls’ team has advanced into the second round of the GHSA Class A-Public State Tournament. After a slow start to begin the season, the Southland Academy girls’ basketball team also turned in a strong showing, advancing to the quarterfinals of the GISA Class AAA State Tournament.

There are a number of factors that go into the success of all these teams, but one undeniable factor is the work that is done by Sumter County Parks and Recreation Athletic Manager Dwight Harris, who also heads up the Dwight Harris Summer Basketball League for both boys and girls from age seven all the way up into high school. 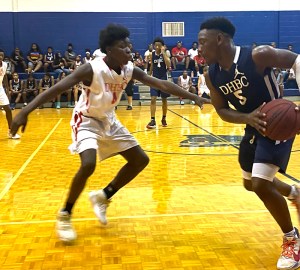 About 10 years ago, Harris decided to form his own boys club summer basketball league to give boys ages 7-17 something positive and healthy to do during the summer months so that it would give them something positive to do and keep them off the streets and away from getting involved in crime. As a result, according to statistics from the Sumter County Sheriff’s Office, the crime committed by youths during the summer months has significantly dropped and it can be directly attributed to Harris’s summer basketball league. A year ago, Harris added a girls’ summer league and also added a league fro young men ages 18-25 for the purpose of keeping them off the streets and in a positive, constructive environment. 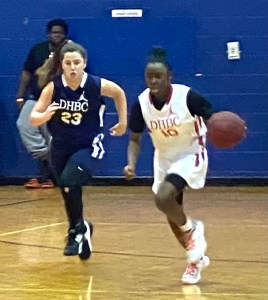 In addition to keeping young people away from crime, SCPRD recreational basketball during the school months and Harris’s summer league have also given these young players the opportunity to hone their skills so that they can be better players once they reach high school.

“The more you play, the better you ought to get,” Harris said. “They play all summer long instead of just sitting home being idle with nothing to do, they play all summer long. That helps them to get better during the regular season. We have so many different teams that they’re playing different people just about every different night. Every night, they’re playing somebody different, so it’s not like they’re playing the same competition. It helps a lot and it also helps with discipline and that’s the main thing. We’re trying to teach discipline and not just basketball, but life lessons.” 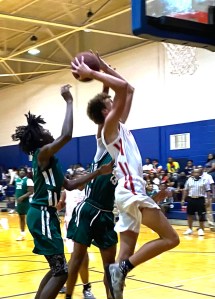 Harris went on to say that his summer league is giving these kids something positive and constructive to do during the summer so that they can work on their craft. He also added that for those who can’t afford to go to basketball camps, they have the option of playing in the summer league and playing every single night.

In addition to giving the youth of the community something constructive to do during the summer, Harris’s desire is to also bring the community together through youth basketball. “What I was trying to do, to be honest with you, is to bridge the gap,” Harris said. “We’ve got Southland here. We’ve got Sumter County here, so lets just bring all the children together and play basketball and let’s just make the whole community better. That was my primary concern and the primary goal. Let’s just make the community better because, you know, as the Bible says, ‘Except you come as a little child, you shall no wise enter the Kingdom’, so when it comes to business, we’re to be men, but when it comes to playing and all that kind of stuff, we’ve got to be like children. They will play today and get mad today and they’ll be back playing in the next few minutes if we leave them alone,” Harris continued. 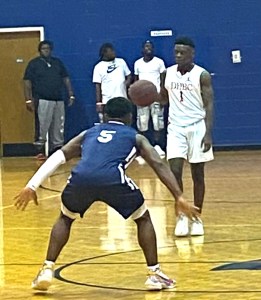 He went on to say that if it hadn’t been for basketball, he would have never left Americus. “It was a way out for me and that’s the only way I know how to give back to my community is through basketball,” Harris said.

He also added that he wants to build relationships with the local high school coaches and that he is extremely appreciative of the support that he has gotten from the coaches, as well as the parents in the community.

Sumter County rec basketball is currently in the middle of its Georgia Recreation and Parks Association (GRPA) District 3 Tournaments for boys and girls in the various different age groups and more than one of the teams has a chance to advance to the GRPA state tournaments. According to SCPRD Director Tim Estes, there is definitely a direct correlation to the success of the local high school basketball teams and what is being done to develop these young ball players in the rec department and Dwight Harris’s summer basketball league.