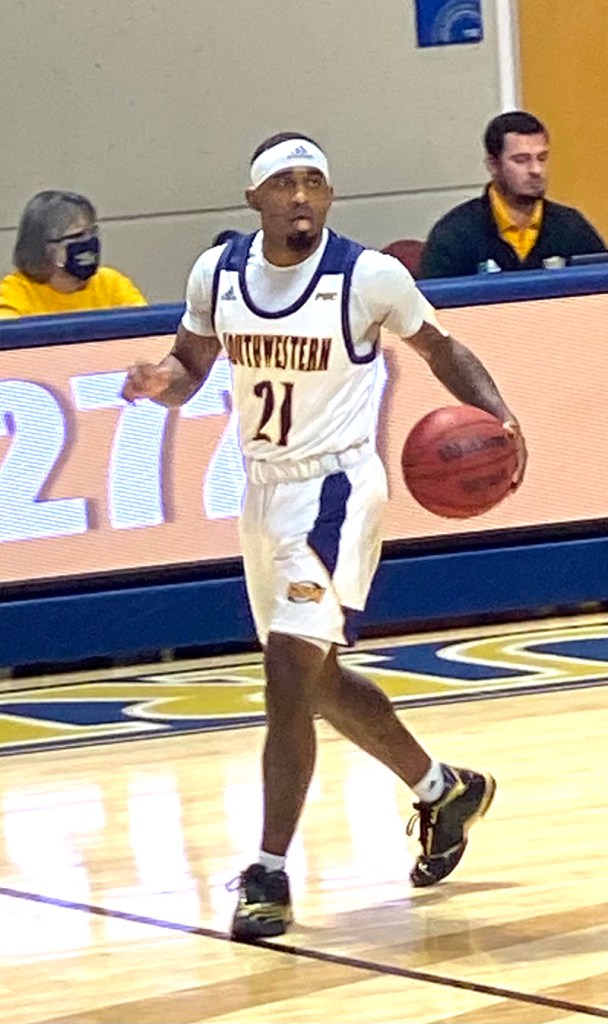 GSW senior point guard Kahlon Whitely (#21) closed out his college career by scoring 13 points in the Hurricanes’ 89-66 loss to Augusta University in the first round of the Peach Belt Conference Tournament. ATR Archive

AUGUSTA, GA – The Georgia Southwestern State University Men’s Basketball Team (GSW) was eliminated from the Peach Belt Conference tournament on Tuesday night, March 1 when the Hurricanes fell to Augusta University 89-66 in the first round of the tournament. With the loss, GSW concludes its season with an overall record of 10-17 and a PBC record of 6-12.

The Hurricanes held a 38-30 lead at the half, but with a depleted roster having just eight players available, GSW ran out of gas in the second half finished the game with just five players due to foul trouble. The Jaguars shot 69.0% from the field in the second half and had ten made threes.