Raiders on two-game winning streak with win over Terrell Academy 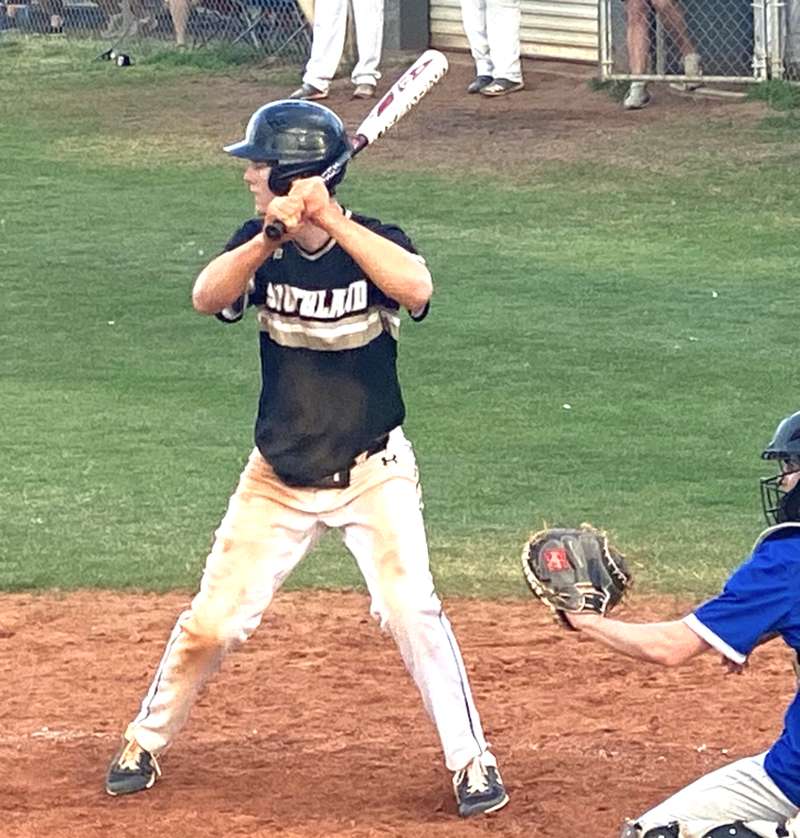 Southland Academy senior outfielder Caleb Law went 1 for 2 at the plate with an RBI in the Raiders’ 11-1 win at Terrell Academy. Submitted Photo

DAWSON, GA – After edging out Lee-Scott Academy 5-4 last Saturday, the Southland Academy Varsity Baseball Team (SAR) increased its winning streak to two games when the Raiders scored 11 runs on 12 hits, including a three-run home run by Chase Ledger, to drub the Eagles of Terrell Academy 11-1 on Tuesday, March 8 at the TA baseball complex.

The three-run homer was Ledger’s only hit of the game, but it was a back breaker for the Eagles. Will Godwin also belted a home run for the Raiders as part of his 2 for 3 production at the plate. Perry Usher also went 2 for 3 with a double and an RBI.

Both Henry Johnson and Greer Hagerson each went 2 for 4 with an RBI and Buddy Brady, Caleb Law and Hudson Collins each had a base hit in this game.

Hagerson got the start on the mound for the Raiders and gave up one earned run on two hits while striking out two. Matthew Saint came on in relief of Hagerson and pitched one scoreless inning with no hits.

The Raiders will try to increase their winning streak to three games when they host Fullington Academy on Thursday, March 10 at 4 p.m.