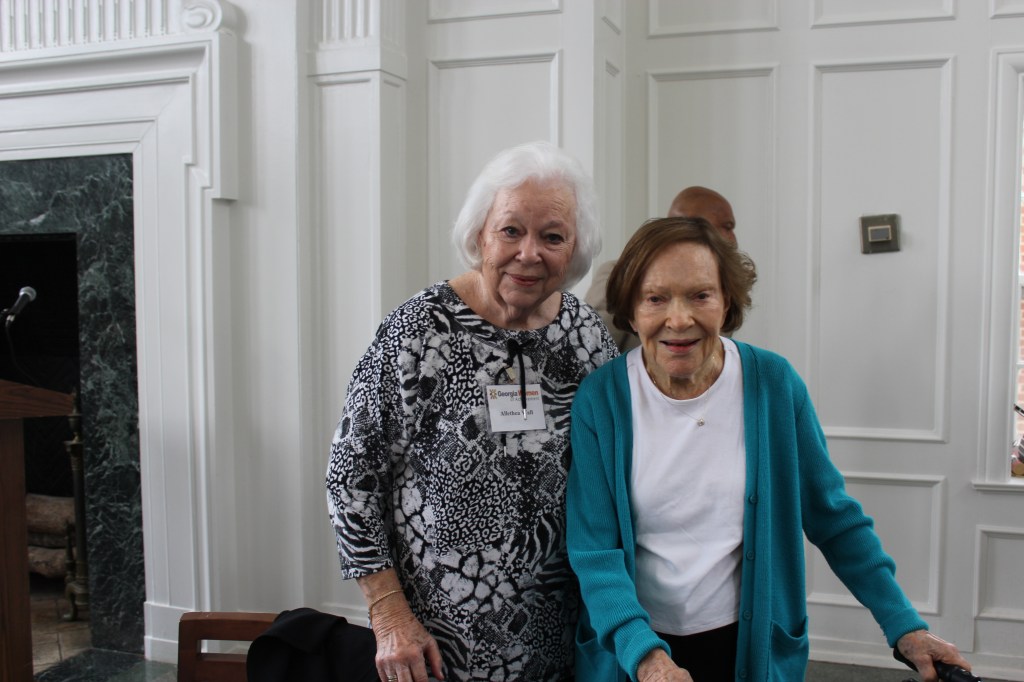 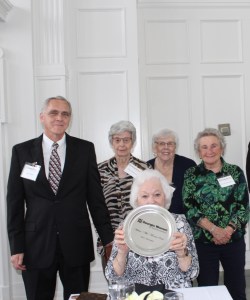 MACON – In tribute to Allie Murray Smith, a great contingent of Plains residents was among the largest-ever crowd to attend the Georgia Women of Achievement Hall of Fame induction ceremony last week. The event, honoring 2021 and 2022 recipients, took place on March 9 at Pierce Chapel on the campus of Wesleyan College in Macon.

Allie Murray Smith (1905-2000) of Plains was among four 2021 inductees and four 2022 women inducted. A crowd of more than 200 people from across the state was present for the ceremony, which had been canceled last year due to Covid. A luncheon followed. 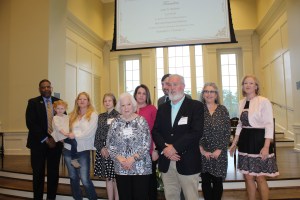 Steve Short, president of the Plains Historical Preservation Trust, nominated “Miss Allie” for the award two years ago and accepted a pewter plate on behalf of the Trust.

The first induction was held in 1992. It was at the suggestion of former first lady Rosalynn Carter that Georgia Women of Achievement was organized to honor exceptional women who have made significant contributions to the state of Georgia. At the luncheon, Mrs. Carter addressed the crowd, and encouraged GWOA to “keep up the good work.”

Mrs. Carter was honored for her leadership in spotlighting remarkable Georgia women and having their stories told. In welcoming remarks, the GWA Hall of Fame Board of Trustees and Board of Selections indicated they were “grateful to Mrs. Carter and the other founding members for their inspiration and dedication to Georgia’s past, specifically the consistent reminder of Georgia’s women of history.”

Videos of each of the eight inductees were presented. Allie Murray Smith was honored as an “international ambassador.” Her work during the Carter administration as a member of the Friendship Force and People to People were cited. As a longtime caregiver, she was the inspiration behind the establishment of the Rosalynn Carter Institute for Caregiving at Georgia Southwestern State University in Americus. 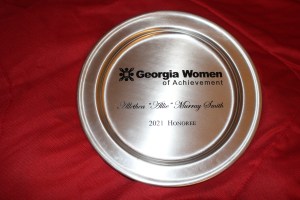 After her husband Edgar Smith died at the age of 43 in 1940, Mrs. Smith worked tirelessly as a single mother; caregiver to her aging father; and church leader at Plains United Methodist Church. She worked for 29 years as an employee at the Plains Post Office, among other jobs. In 1978, she was honored as Georgia College Alumni Mother of the Year by her alma mater in Milledgeville.

The plate honoring Mrs. Smith will be on display across Plains. To view the video highlighting her life, you can go online to www.georgiawomen.org and click the link under her photo. For other information, you can visit info@georgiawomen.org.

To learn more about the Plains Historical Preservation Trust and its works, or to become a member, contact any member of the board. You also can call 229-824-4567 for more information.