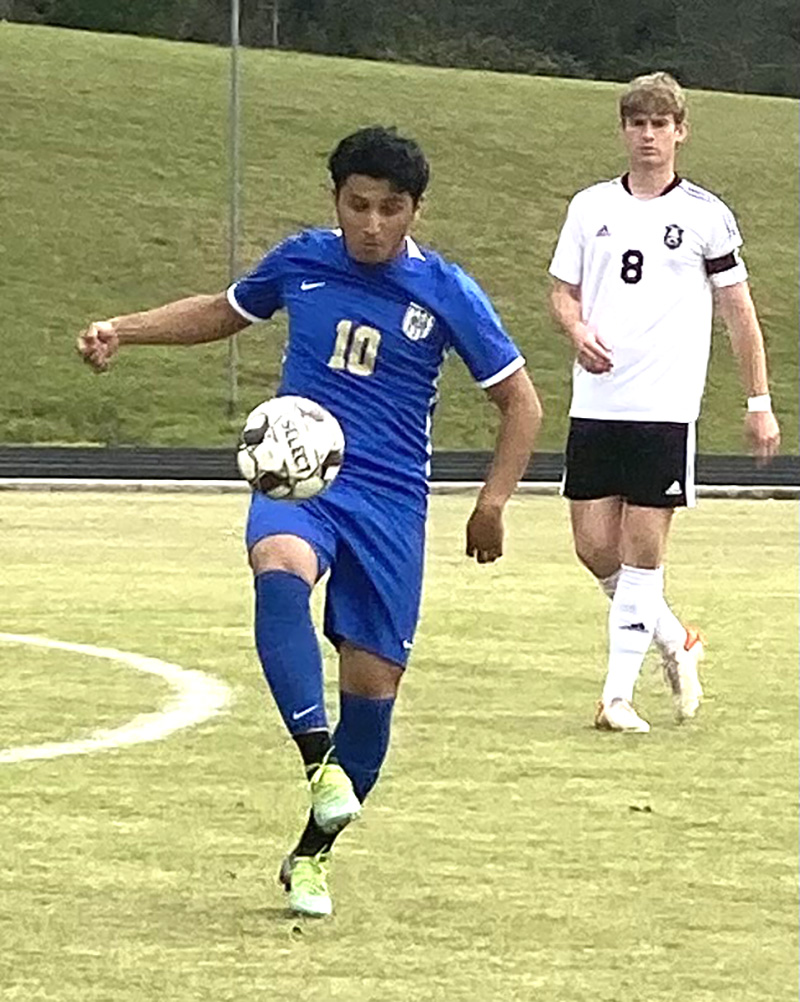 Sumter County senior forward Kevin Abarca (10) tied the match at 2-2 against Pike County when he scored on a free kick. Photo by Ken Gustafson

AMERICUS – After falling to Mary Persons 5-1 in a Region 2-AAA match in Forsyth on Tuesday, the Sumter County High School boys” s soccer team (4-4) faced the extremely daunting task of keeping their state playoff hopes alive by pulling off an upset over the top team in the region: the undefeated Pirates of Pike County (PC). However, during the entire match, the Panthers went toe to toe with PC and did not look like at team that was going to get steam rolled by a much higher quality opponent. Up until the 72nd minute of this match, SCHS was in position to score a monumental upset, but a converted penalty kick by the Pirates in the 72nd minute and another goal on a header off a corner kick with 20 seconds left in the match ensured a 4-2 victory for PC over the Panthers on Thursday, March 24 at Alton Shell Stadium.

In spite of the loss, SCHS Head Coach Michael Pepito was extremely pleased with his club’s play and its fight throughout the match against the top team in the region and one of the top teams in the state.

“We tried to give them a good game. We played hard,” Pepito said. “It was unfortunate. We showed up to play today. They had us on height a little bit. I thought our defense did really, really well protecting the call and containing the ball out of the back….not a lot of chances, so the mistakes, or opportunities that they (PC) did, that’s their goals. We were able to counter and tie, counter and tie. It looked like we were doing well and then, just that final goal where it was just unlucky. It’s another situation where they just had better height than we did and they got on the ball.” Pepito was referring to the height advantage that the PC forwards had on the SCHs defenders and it played a role in the Pirates’ insurance goal with just 20 seconds left in the game, when PC forward Allen Davis scored on a header off a corner kick. 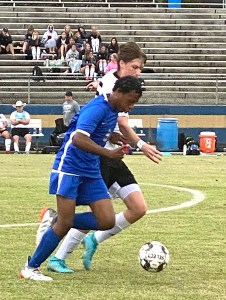 The loss drops the Panthers to 4-4 overall on the season and 1-4 in Region 2-AAA competition. SCHS is currently in sixth place in the region standings with two more region matches left. They will be at Central (Macon) on Saturday, April 2 and will finish the regular season at home against Peach County on Thursday, April 7.

The top four teams from each region qualify to the state playoffs, and while there is still a mathematical chance for the Panthers to creep into the fourth spot, that possibility was made more improbable with Thursday’s loss to the Pirates.

As for PC, they stay undefeated at 11-0-1 and stand a top the region standings.

The first half was a back and forth affair, with both teams creating opportunities to score. The Panthers created a great chance eight minutes into the match when Noah Felton got by his defender, dribbled down the right flank and slotted the ball to Kevin Abarca. Abarca’s shot went off the PC keeper’s hand and out of bounds for a corner kick for the Panthers. SCHS wasn’t able to score off the corner kick, but they showed their ability to strike quickly.

About three minutes later, the Pirates had a chance to take the lead, but their shot was saved by SCHS goalkeeper Ary Flores, keeping the score at 0-0. 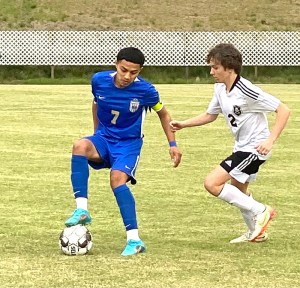 The run of play (ball possession) between both teams was fairly even over the next several minutes, but the Pirates were able to draw first blood when Diego Garrido got the ball in the middle of the field, took a couple of touches and shot the ball past Flores to give the Pirates a 1-0 lead with a little over 11 minutes remaining in the first half.

However, the undaunted Panthers continued to fight and would eventually find the equalizer. With a little less than two minutes to go before halftime, Jesus “Chuchies” Rodriguez dribbled down the right flank and blasted a shot past the PC goalkeeper and into the left corner of the net, tying the match at 1-1.

However, about four minutes into the second half, the Pirates regained the lead when Christian Fowler headed the ball towards goal and Flores went up to grab it. Unfortunately for Flores, he got his hands on the ball, but fell backwards into the net and it resulted in a goal for Fowler and the Pirates. 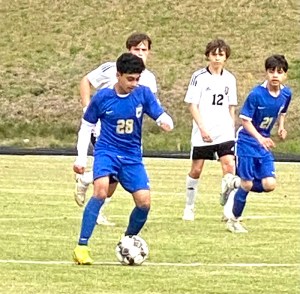 However, the Panthers rose to the occasion again. In the 52nd minute, Abarca was fouled a few yards outside the 18-yard box and a free kick was awarded to the Panthers. Abarca promptly stepped up and delivered the free kick into the left corner of the net, tying the match at 2-2. 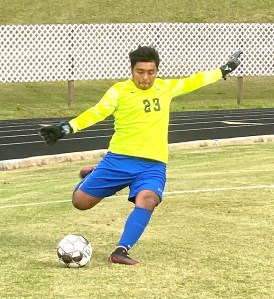 The Panthers tried to get the equalizer in the closing minutes, but were unable to do so. Then with 20 seconds left in the match, PC got an insurance goal when Allen Davis scored on a header off a corner kick.

The Panthers will not have long to think about what might have been against Pike County, as they will hit the pitch at Alton Shell on Friday, March 25 against Worth County. Kickoff is scheduled for 7:30 p.m.