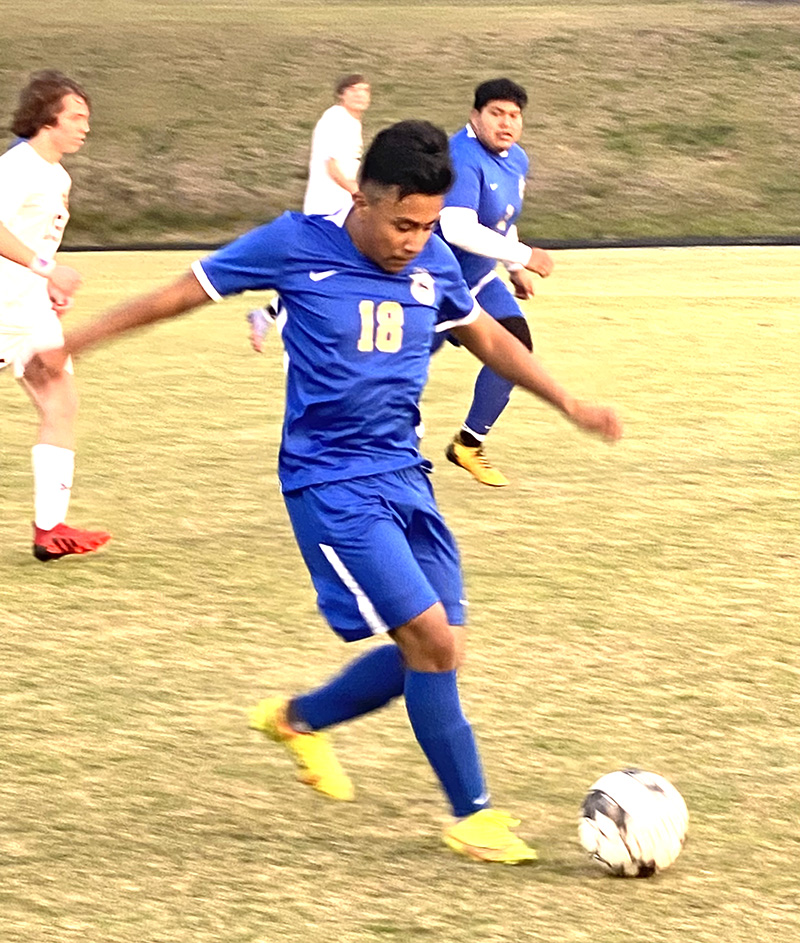 AMERICUS – After a hard-fought 4-2 Region 2-AAA loss to undefeated Pike County the night before, the Sumter County Varsity Boys Soccer Team (SCHS) had to put behind its disappointment from that loss and focus on earning a victory against the Rams of Worth County (WC). After a slow start in the first half that ended with the Panthers maintaining a 2-1 lead at halftime, SCHS turned it up a notch in the second half by exploiting holes in the Rams’ back line and netting five goals to secure a 7-1 victory over WC on Friday, March 25 at Alton Shell Stadium.

This was a match in which SCHS Head Coach Michael Pepito decided to start some of his younger players to give them some experience, and while the match was tight throughout the first half, according to Pepito, those players turned in a strong performance and gave a good account of themselves.

“I knew we should be able to beat them (WC), so I took a chance on seeing what they can do. I was very curious how they would start the game off,” Pepito said. “Of course, they were unlucky with that first goal, but I thought that they played exceptionally well. They worked as a team, which was important. It looks like our program is moving forward and then, of course, I subbed them out after about 20 minutes.” 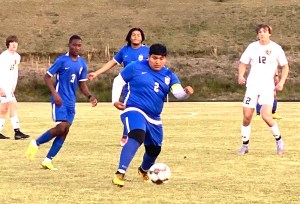 Sumter County senior midfielder Marco Bravo (#2) advances the ball down the pitch for the Panthers.
Photo by Ken Gustafson

Pepito was referring to the first goal of the game that was scored by WC. In the 14th minute, the Panthers were whistled for a handball in the box and the Rams were awarded a penalty kick that was converted by Clarence Griffin to give WC a 1-0 lead.

However, the Panthers got the equalizer when Kevin Abarca scored the first of his two goals of the match with 10 minutes left before halftime. Five minutes later, Abarca struck again with his second goal to give the Panthers the lead for good.

The second half belonged totally to SCHS. In the 43rd minute of play, Jesus “Chuchies” Rodriguez scored the first of his two goals of the match to give the Panthers a 3-1 lead. About 13 minutes later, Leo Diaz got into the scoring column by driving towards goal and slotting the ball past the WC goalkeeper, giving SCHS a 4-1 advantage.

The Panthers continued to keep their foot on the gas pedal and owned the run of play. They continued to keep up the pressure on the WC back line and it resulted in a goal by Kevaughn Hart. It took less than a minute after Hart’s goal for Rodriguez to net his second goal of the match. 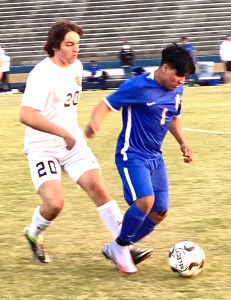 Then with a little over 11 minutes left, the Panthers put the icing on the cake when the Rams were whistled for a foul inside the 18-yard box and SCHS was awarded a penalty kick. Kevin Gomez stepped up and sent the PK past the WC goalkeeper to complete the Panthers’ 7-1 rout of the Rams. 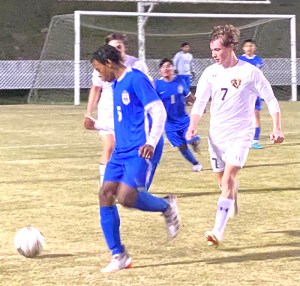 SCHS will travel down to Bainbridge on Wednesday, March 30 to take on the Bearcats of Bainbridge High School. Kickoff is scheduled for 7 p.m.