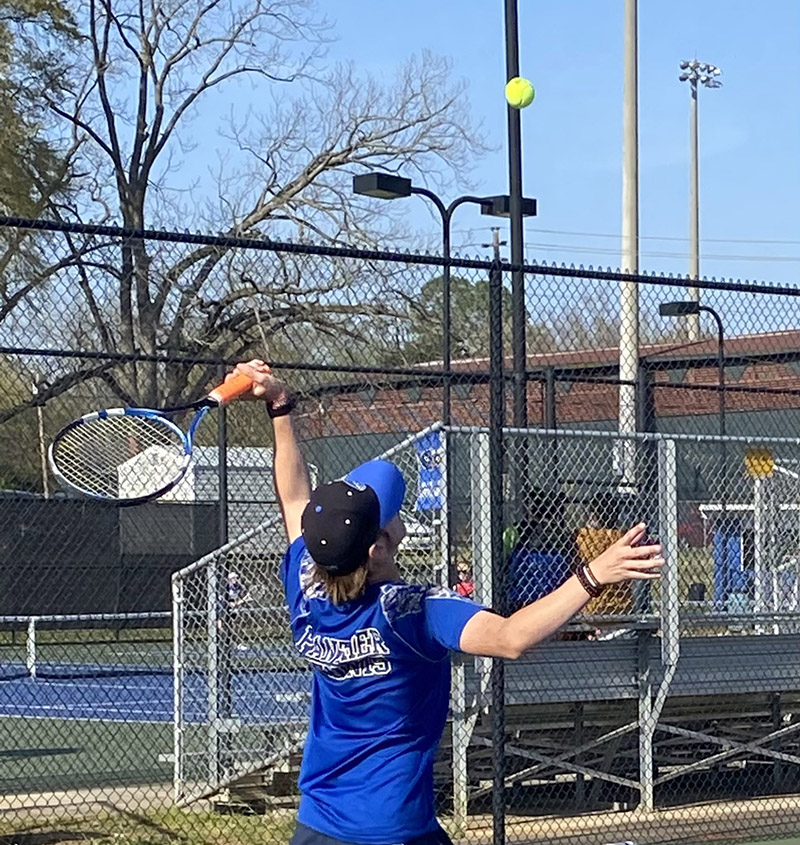 Sumter County doubles player Josh Campbell executes a serve in his doubles match against Hawkinsville. Campbell and his doubles partner, Jacorey Wright, defeated the HHS doubles team of Miles Cook and Drake Mullis by the score of 8-5. Photo by Ken Gustafson

AMERICUS – The Sumter County High School boys’ tennis team is on a roll. The Panthers went to Cordele last Monday and took out region rival Crisp County (CC) 4-1 and followed that up with a 5-0 shut out victory over Hawkinsville (HHS) on Wednesday, March 30 at the Sumter County HS tennis complex.

In Wednesday’s match against the Red Devils of Hawkinsville, the Panthers got three singles victories to secure the team win. Riley Herron, the Panthers #1 player, defeated Gabe Sangster 8-4. James Blaisdell Ndaayezwi then defeated Gage Williamson 8-1 and Willie Burts won in a forfeit to give the Panthers a 3-0 and essentially, the team victory. 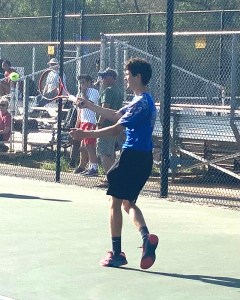 Riley Herron, the Panthers’ #1 singles player, won both of his matches against Crisp County and Hawkinsville.
Photo by Ken Gustafson

In their match against Crisp County in Cordele, SCHS began its march to victory when Riley Herron defeated CC’s Heer Rastee in straight sets 6-3, 6-4. Then the Panthers’ #2 singles player, James Blaisdell Ndaayezwi, outlasted Dallas Howell in a hard-fought battle 6-2, 3-6, 10-8.

The Panthers were able to put the icing on the cake when the SCHS doubles team of Jacorey Wright and Corey Wright beat the CC duo of Hakeem Holmes and Roderick Troutman in straight sets 6-2, 6-3.