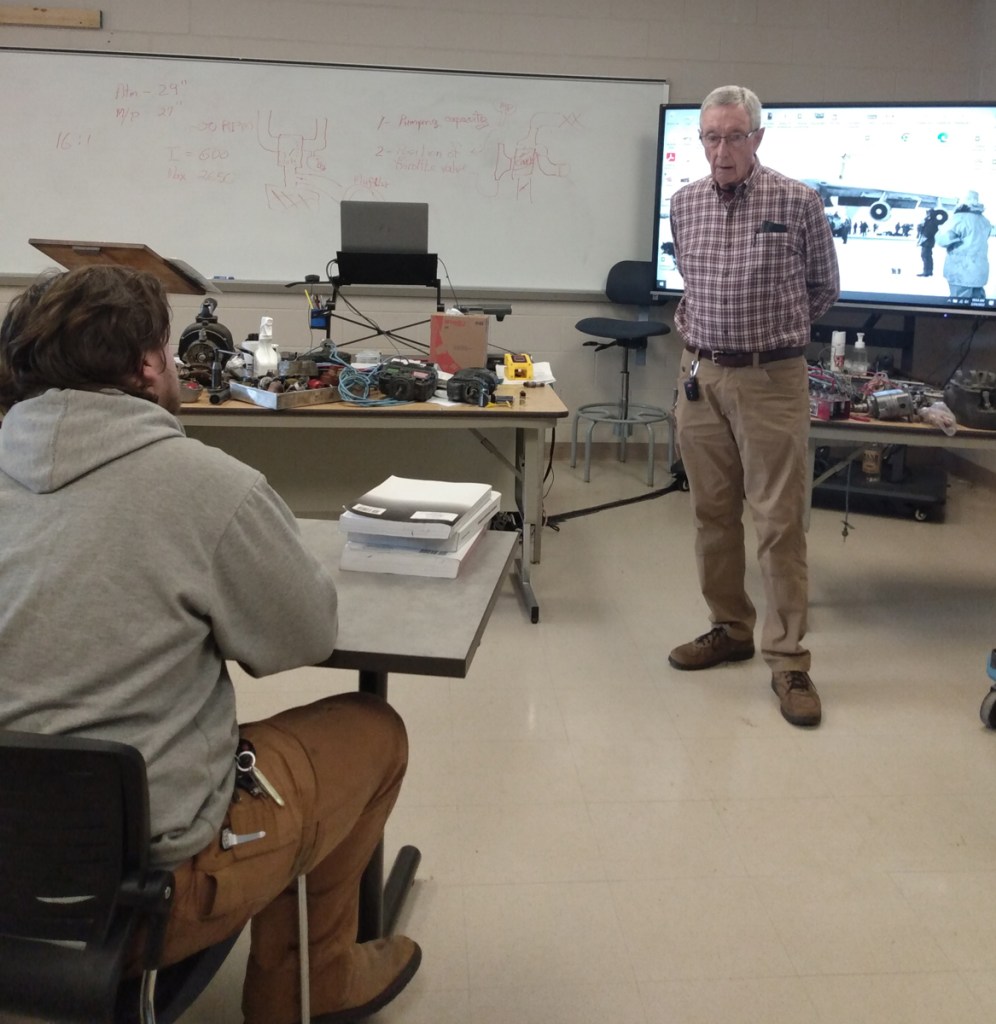 Gassett is an alumnus of South Georgia Tech as well as a retired aviation maintenance instructor.  He joined the 82nd Airborne Division of the U.S. Army at Ft. Bragg, North Carolina in 1957.  There he became a helicopter crew chief on Bell helicopters and also trained for and became a paratrooper.

After leaving the military, Frank Gassett attended South Georgia Technical and Vocational School (known today as South Georgia Technical College) where he studied and trained to receive his Airframe and Powerplant Licenses.  He received his Federal Aviation Administration’s (FAA) A & P License in 1962 and would go on to receive his Pilot’s License in 1964, his IA in 1966 and his DME to become a Written, Practical, and Oral test examiner for the FFA in 1974.

Upon graduating from South Georgia Tech, Gassett worked for the Georgia Forestry Commission in Waycross, repairing a fleet of 16 planes including Piper Super Clubs and Piper Pawnees.  The Forestry Commission also provided Gassett with the opportunity to build flying hours.  He later moved to Auburn, Alabama where he worked as an Aircraft Maintenance Foreman at Auburn’s School of Aviation.  He was tasked with planning, scheduling, and supervising maintenance events on large and small, single and multi-engine aircraft.

In May of 1969, Frank Gassett returned to South Georgia Tech where he became an instructor in the Aircraft Maintenance Technology program.  For the next 24 years, he taught hundreds of highly qualified and licensed Airframe and Powerplant Technicians.  He had a near 100 percent placement rate of all students graduating.  He was nominated for and received the Governor’s Award for Outstanding Service in State Government in 1987. 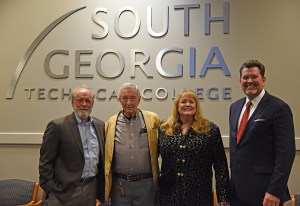 Frank Gassett, second from left, is shown above with two of his former graduates, Dan Linginfelter and Dr. Royce Ann Martin, as well as SGTC President Dr. John Watford. Linginfelter and Martin both retired after tremendous careers in the aviation maintenance field. Linginfelter who is now Chairman of the Technical College System of Georgia State Foundation Board and former TCSG Alumnus of the Year, retired from Delta Air Lines as the Atlanta Station Manager, International. He also recently retired from Gulf Stream and worked with Certified Aviation Services. Dr. Royce Ann Martin was South Georgia Tech’s GOAL (Georgia Occupational Award of Leadership) student and the State goal winner in 1981. She also received the state’s PRIDE (Performance Recognition Indicating Demonstrated Excellence) Award. She graduated from SGTC, she worked for Grumman Aircraft as a civilian ground instructor. She went back to college and earned her Master’s degree and later her Ph.D. She taught aviation courses at Indiana State University for five year and retired in Bowling Green, Ohio from the College of Technology at BGSU, teaching aviation courses there for nearly 22 years.
Photo by SGTC

While teaching at South Georgia Tech, Gassett became involved with the Georgia State Patrol in their quest to form an Aviation Unit and was instrumental in helping set up the maintenance side of the operation.  The Georgia State Patrol would go on to build one of the largest state sponsored aviation divisions in the Southeastern United States.  He also opened the Frank Gassett Aircraft business that still operates today.

Gassett taught three of the current SGTC Aviation Maintenance Instructors and had a tremendous impact on hundreds of other students who may have been taught by individuals taught by Frank Gassett.