Three-peat! Donalson Earns Another PBC Pitcher of the Week Award 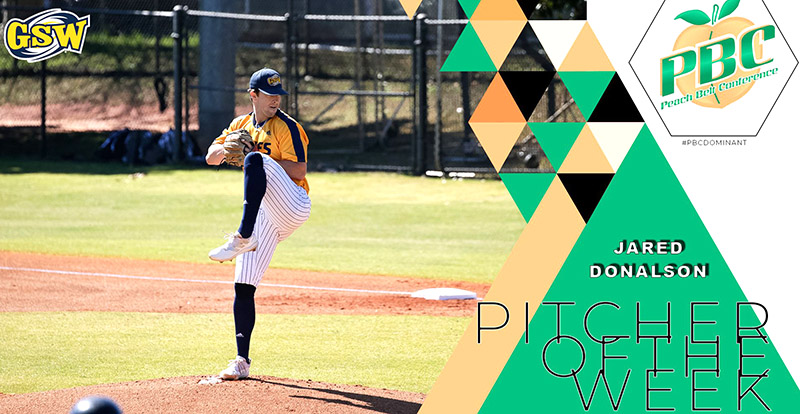 Last week, he pitched seven shutout innings against Augusta University, holding the Jaguars to three hits and two walks while striking out eight. He set down the side in order twice and held the Jaguars to a .115 batting average. The senior from Albany, Ga., has allowed only one earned run over his last three starts with a 0.39 earned run average over 23 innings. Donaldson leads the Peach Belt in ERA, opponent batting average, strikeouts and is tied for first in wins. He ranks second in NCAA Division II in strikeouts and 11th in wins.

Donalson is only PBC baseball player to earn three consecutive weekly awards this season and the first ever GSW student-athlete in any sport to accomplish the feat.