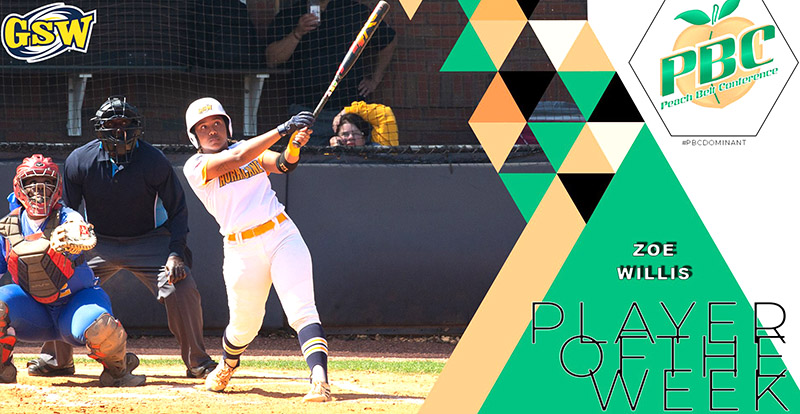 Willis was an offensive force for the Hurricanes over five games last week, hitting .800 with a 2.200 slugging percentage. She drew six walks for an .824 on-base percentage with three home runs, eight RBIs and 11 runs scored. In three games against PBC opponent Augusta University, she hit .857 and was retired only once in seven at-bats. She tripled in the first game with a run batted in, stroked two doubles with two more RBIs in game two and hit two home runs in the third game with three more RBIs.

Willis also pitched 12 innings over two games last week and posted a 1.75 earned run average. She struck out 14 in a six-inning complete-game win over Albany State on Wednesday.

The Pine Mountain, GA. native ranks second in NCAA Division II this spring with an on-base percentage of 0.579, is tied for third with a 1.000 slugging percentage, tied for seventh in home runs and 18th in batting average.